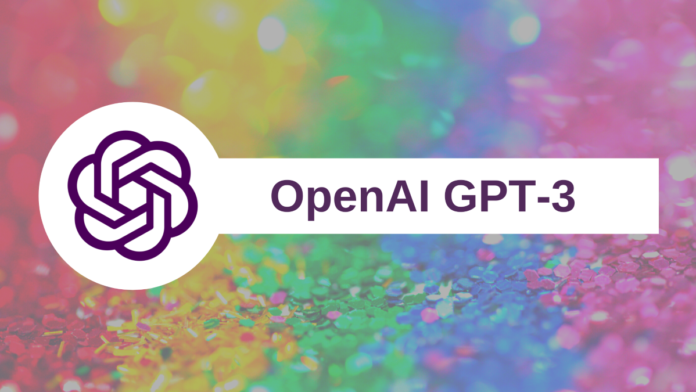 GPT-3 or Generative Pre-trained Transformer 3 is a language model developed by OpenAI in May 2020. The GPT-3 deep learning model can be used to generate human-like output in the forms of text, code, stories, poems, etc. This model was introduced as a successor to the previous language model, GPT2. GPT 3 with 175 billion trainable parameters is one of the most significant models trained compared to other language models. GPT-3 has been used in various new ways in 2021.

Language models are statistical tools that leverage deep learning to predict the following words in a sequence. The applications include machine translation, speech recognition, information retrieval, speech tagging, news article generation, question answering, etc. GPT-3 is available in eight sizes, ranging from 125M to 175B parameters. The model has become a hot topic in natural language processing, and it had ten times more trainable parameters than other models during its release. The model has been trained with 45 TB text data from sources like Wikipedia, Webtext2, Books1, Books2, and common crawl.

GitHub released Copilot in July 2021, a new programming assistant tool that can automatically generate software code. Copilot can detect a snippet of code and complete the rest automatically. Copilot can understand various programming languages and can also help with component integration. It can also check an application’s reliability by analyzing code with an open-source testing module rather than adding it to the code base.

Copilot uses OpenAI’s Codex, an artificial intelligence model based on GPT-3. The Codex has been trained on billions of lines of open source code from GitHub along the model to harness common code patterns for generating code suggestions. It is initially available as an open-source visual studio code editor for local and cloud use. Microsoft and OpenAI plan to make it available for other enterprises to incorporate this feature into their products.

The tokenized form of Sophia, the world’s most renowned humanoid robot, will be available for auction on Binance as a part of the initial game offering (IGO) set. A total of 100 intelligent non-fungible tokens or iNFTs will be auctioned under the name: The transmedia universe of Sofia beingAI. The Sophia BeingAI iNFT used GPT-3 to bring 100 tokens of Sofia beingAI to life for the metaverse. These intelligent NFTs can engage with humans in gamified atmospheres. beingAI teamed up with Alethea AI, an iNFT production company that employs GPT-3 to generate intelligent NFTs.

Microsoft announced that it is integrating OpenAI’s GPT 3 into various applications, such as generating Power Fx formulas. Power Apps Studio is a low code platform for people without coding knowledge to build applications. The Power Apps paired with GPT-3 will be able to translate spoken text into code in the newly launched Power Fx language, the low code aspects of a tool into a no-code experience. This will enable the Power Fx tool to translate natural language into a formula.

Microsoft has also launched Azure OpenAI Service. Now, OpenAI machine learning models, including GPT-3, can be used on the Azure platform. However, currently, its invitation only and for customers who are planning to implement responsible principles and strategies for the AI technology.

Candy shop slaughter is a video game developed by the Fractl gaming group and commissioned by OnlineRoulette.com. The agency used GPT-3 to create a hero character and surveyed 1000 gamers to find whether they were willing to play the game. They also questioned gamers about the originality of the game and their willingness to pay for it.

The GPT-3 model also created the fictional game’s arcade, story, and multiplayer mode. AI created this Freddy Skittle, the game’s main character and Ted’s best friend. There were two modes: story mode, where the game utilizes a karma system to accumulate experience points for players, and arcade mode, where the blood and guts of the 3D fighting battle were transformed into treats and candy.

One of the ways OpenAI used the GPT-3 in 2021 was fine-tuning the deep learning model using a text-based web browser to improve the factual accuracy of GPT-3 language models. This browser allowed the GPT-3 language model to research similar to humans by submitting queries with keywords, following links, and scrolling result pages to answer open-ended questions. To test responses, TruthfulAQ, a data set of short-form questions, was used to test whether models fell prey to common misconceptions. Responses of models were recorded on truthfulness and informativeness. The new model outperformed GPT-3 but lagged behind human performance because models failed to distinguish between reliable and unreliable sources.

Emails and messages by Flowrite

Flowrite can turn a few instructions into a fully-fledged email or message. Where Grammarly helps improve an existing piece of writing by suggesting tweaks to syntax, style, and grammar, Flowrite can help you write interesting emails. The application uses GPT-3 as its core tech and is focused firmly on professional communication. From scheduling meetings to providing feedback and closing new business, Flowrite saves time by writing emails and professional messages.

Singapore state technology agency conducted a study that sent phishing emails generated by GPT-3 and other AI technologies. The study found that most employees fell for phishing emails written by artificial intelligence systems. The AI models focused on personality analysis and individual reaction tendencies. Eugene Lin, a cybersecurity specialist, stated that they require millions of dollars to train models, but it costs a couple of cents once you put it on AI-as-a-Service.

In this blog, you will learn about 7 interesting ways GPT-3 was used in 2021. GPT-3 has been made available by OpenAI, where everyone can request access for research and development. GPT-3 has also been used for writing blogs, recreating works of perished poets, and generating quotes. Companies like GitHub and Microsoft Azure are also using it to improve their programming platforms by adding natural language.