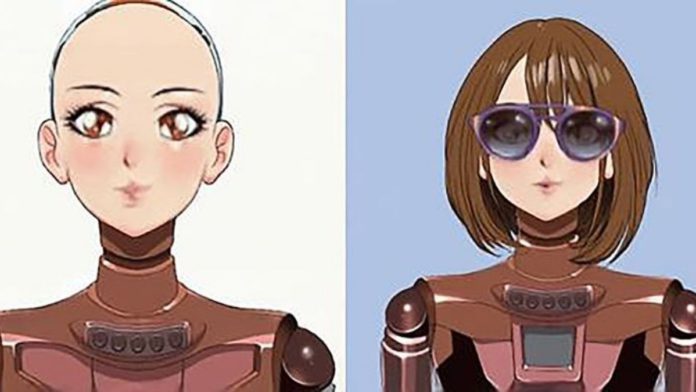 Sophia, the world’s most renowned humanoid robot who has spoken before the United Nations,  interviewed Germany’s Chancellor, Angela Markel, in addition to presenting in New York Fashion Week and singing on “Tonight’s Show,” has made headlines once again. This time, though, for a very different reason. On December 16, the tokenized form of Hanson Robotics’ humanoid robot will be up for auction on Binance as a part of an initial game offering (IGO) set. A total of 100 iNFTs (intelligent non-fungible tokens) versions of Sophia will be auctioned off under the collection name ‘The Transmedia Universe of Sophia beingAI.’

These NFTs will engage with humans in a gamified atmosphere on their own. The creators hope that by using a virtual format, they will be able to grow to millions of simultaneous interactions across several media platforms and devices. “I believe the virtual format can allow us to scale to millions of concurrent interactions across devices and media platforms, which would create large-scale impact,” said Jeanne Lim, the former CEO of Hanson Robotics.

It was Lim who debuted a virtual animation version of the robot called “Sophia beingAI” earlier this month at her new firm, beingAI, under a perpetual license and co-branding agreement. Lim thinks that the new AI entity will bring humanity and technology together to enable us to realize our true nature of unconditional love and limitless potential.

Read More: Polygon and GameOn to Develop NFT based Games: How will it impact the market?

BeingAI has teamed up with iNFT production company Alethea AI to bring 100 tokens to life for the metaverse, including Sophia on Binance’s NFT marketplace. The word “iNFT” refers to revolutionary NFTs that are integrated with intelligence in the form of an AI personality, allowing them to write their own smart contracts. These self-aware NFTs can interact with humans in a gamified environment in real-time. Alethea AI employs OpenAI’s GPT-3 engine to generate NFTs that are smarter than current NFTs.

The iNFT will be part of Alethea AI’s decentralized Metaverse Project Noah’s Ark, which is an “intelligent metaverse” that aims to preserve and evolve the culture and collective intelligence of the human species. Last October, Alethea AI unveiled Noah’s Ark as a metaverse that will be “inhabited by sentient, interactive NFTs.” The auction will run for five days, with twenty iNFTs issued each day until the sale ends on December 21.

The price of each iNFT has not been revealed, but it is expected to start with tens of thousands of dollars. Meanwhile, the original Sophia didn’t appear thrilled to have a virtual replica of herself out there in a video exchange between the two.

Pat Lee, a well-known comic book artist who has previously worked with DC Comics and Marvel on big-name characters like Batman, Superman, Ironman, and Spider-Man, will also contribute to the show’s illustrations.

Sophia was first introduced on February 14, 2016. She became a Saudi Arabian citizen a year later. Sophia has also been recognized as a United Nations Development Program Champion of Innovation, making her the first non-human to achieve so.

This is not the first time Sophia has ventured into the NFT space. Sophia organized an NFT auction on the Nifty Gateway platform in March of this year.