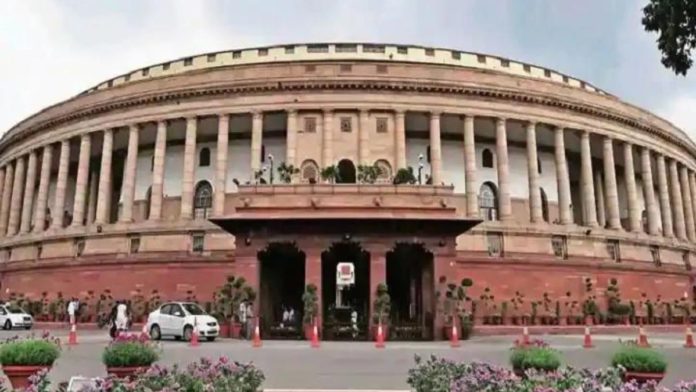 The unmatched capabilities and versatility of artificial intelligence solutions convince not just industries but also governments to adopt and deploy them in various fields. Like governments of many countries, the Indian Government has also taken many initiatives to develop and deploy artificial intelligence technologies. Ranging from the production of semiconductors to traffic safety, the Central and State Governments of India have taken various steps to increase the adoption rate of AI solutions. This article will list the top AI initiatives of the Central and State Government of India in 2021.

The Government of Telangana recently launched its new initiative named ‘Mission Revv‘ to support artificial intelligence startups. It is one of the most significant AI adoption initiatives taken by the State Government in 2021. The Government of Telangana collaborated with NASSCOM to develop the new program. With Mission Revv, the Telangana government aims to make the state a global hub for artificial intelligence. It is an accelerator program, which allows AI startups to work alongside the Government to develop innovative solutions for commonly faced business challenges. The Government will also aid AI startups in expanding their business operations under the Mission Revv accelerator program. Since its commencement0 in July 2021, the program has already selected over 42 AI startups to help them scale up their businesses. Selectors of the accelerator program diligently scrutinized the use cases of all the applicants to decide the selected 42 AI startups. “NASSCOM’s close partnership with Telangana will provide significant impetus for startups and their aspirations to become the artificial intelligence garage for the world,” said Debjani Ghosh, NASSCOM President.

The Indian Government recently announced the launch of a new artificial intelligence-enabled facial recognition system to provide certificates of life. The system is expected to considerably help senior citizens of the country to avail their pensions. It is one of the top AI adoptions of the Central Government in 2021. The Government of India claims that the AAI system will also improve the ease of living of older people. Users need to have a smartphone with a camera and a stable internet connection to enjoy the services of the AI-powered facial recognition system. According to PTI, “The identity of a pensioner or family pensioner will be determined using a face recognition technique under this capability. Any Android-based smartphone will be able to submit a Life Certificate utilizing this technology.” The new AI system will help over 68 lakh retired government employees and workers under the Employee Provident Fund Organization and state governments. This one-of-a-kind AI facial recognition system has been developed by the Ministry of Electronics and Information Technology and the Unique Identification Authority of India. Interested people can visit here or download the AdhaarFace ID smartphone application to register.

Union Minister Nitin Gadkari reveals the Indian Government’s plans to reduce road accidents by over 50% before 2024. Gadkari mentioned that road safety has now become the Indian Government’s top priority, and they are all set to use artificial intelligence solutions to make roads safer for travelers. India records over 150,000 deaths every year due to road accidents, and the government initiative will drastically reduce the casualties. The AI-powered system will be used to monitor lane discipline on national highways, overspeeding, driver fatigue, and many more related tasks. The advanced technology will also feature capabilities for post-accident forensic investigation and a vehicle collision system to help authorities minimize the chances of any mishap on highways. Nitin Gadkari said, “AI can be used to combine data from all applicable sources above with data used to make appropriate changes at the policy level. The private sector has expanded cooperation and can combine it.”

4. MeitY and SSB to use AI technologies for border security

India’s Ministry of Electronics and Information Technology, along with Sashastra Seema Bal, announces that they intend to use AI technologies to identify suspicious persons and vehicles near the borders. This development will help in providing higher security in the border regions. The ministry has called out for AI startups to develop low-cost border security solutions that the Indian Army can adopt. According to officials, they plan to use AI-powered sensors and other related electronic equipment to develop a low-cost AI border maintenance system. The participating AI startups will be expected to build trackers, drones, tools for geospatial mapping of vulnerable areas, and more such tools. SSB plans to use a database of collected information, including audios, videos, texts, and images, to identify suspicious people and vehicles using artificial intelligence-based sensors.

5. Telangana to use AI for checking the quality of Crops

The IT department of the Telangana government announced its plans to launch a new artificial intelligence-powered system, which will be used to check the quality of crops. The AI system will help officials to increase and maintain quality standards of yields across the state of Telangana. Initially, the Government plans to deploy the AI-powered system in three procurement facilities in Narayanpet and Kamareddy. The newly developed AI quality checking system will be used to check the quality, grade, moisture in crops like Bengal Gram, Red Gram, and Paddy. The system will also generate detailed reports regarding the gains after thorough analysis to help officials check their quality. High-quality 360° images of grains are used by the AI system to identify the moisture content, size, color, immatureness, and presence of any foreign matter in grains. In the future, developers of the AI quality checking system will add more capabilities, allowing the system to check the quality of fruits and vegetables.

The Kerala government recently announced the launch of the first batch of a hundred AI-powered surveillance cameras under the Safe Kerala initiative. The artificial intelligence-enabled cameras will be installed at different locations in the state to track and monitor traffic. With the new AI cameras, the police department will be able to quickly identify traffic norm violators and send them e-challan. The system will drastically reduce the workload of police and would allow them to focus on more important matters of the state. According to the Kerala government, over 700 such cameras will be installed phase-wise, and the total budget for this initiative is around INR 235 crore. The Safe Kerala initiative was initially launched in 2019 by the Chief Minister of Kerala Pinarayi Vijayan. Since its launch, various schemes have been launched to make Kerala safer.

7. NASSCOM and Govt. of Andhra Pradesh launched the Center of Excellence for IoT and AI

The National Association of Software and Companies (NASSCOM) launched its new Center of Excellence for IoT and AI located in the Andhra University campus, Vishakapatnam. NASSCOM collaborated with the Ministry of Electronics and Information Technology and the Government of Andhra Pradesh to establish the COE. The newly launched center of excellence will develop world-class artificial intelligence solutions to tackle real-world challenges and also promote entrepreneurship by offering incubation facilities to technology startups in the region. The Center of Excellence for IoT and AI was inaugurated by Union Ministers Rajeev Chandrasekhar, Mekapati Goutham Reddy, and several other government officials.

Kolkata Police also plans to install numerous AI-powered CCTV camera systems named Integrated Traffic Enforcement Management System (ITeMS) at multiple locations to monitor traffic norms violators. Video footage collected from these cameras will be fed to an AI-powered video analysis software to determine individuals who have violated traffic norms. The system will automatically send e-challans to violators via SMS. It is believed that the new AI system will help traffic police effectively carry out their day-to-day duties without worrying about traffic violations. According to the plan, the AI video analysis system will eventually analyze footage of more than 2500 cameras to recognize helmet-less bike riders, red light hopping, rash driving, parking violations, and many more. The system will be directly connected to the RTO to further smoothen the process of sending e-challans to violators.

Advantages of working with a Digital Marketing Agency