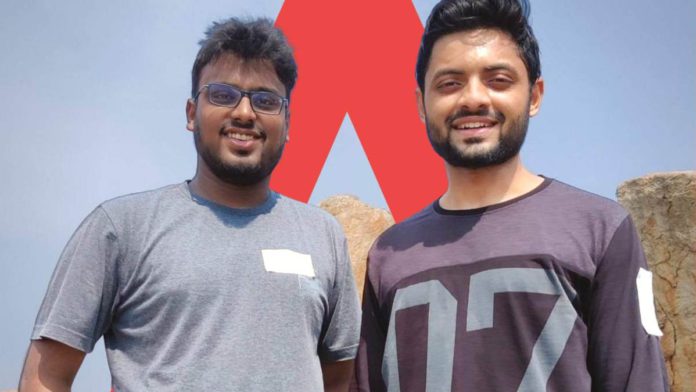 Web3 is a relatively new premise and has become the talk of the town as a new version of the internet. Simply put, web3 utilizes the blockchain (a public ledger) to provide users with digital “ownership.” The technology solves the centralization dilemma of the World Wide Web by embracing decentralization and having a user-first approach. Consequently, it has transformed several areas lately, one of the biggest ones: the gaming industry. There has been a significant paradigm shift from traditional gaming to web3-based games, like Cricinshots, wherein players can truly own their digital assets, engage with the game, and purchase assets in a decentralized manner. In conventional games, players can purchase in-game assets via fiat currency or claim them as rewards. Still, the users never really own any of the assets they buy, as the control and the copyright are still with the game operators.

Compared to traditional games, web3 games allow players to be a part of an open service economy that mimics the real-world open economy and have game asset ownership using crypto-secured gaming wallets, experience supply-demand, etc., just like the real world.

Following the scope of opportunities that web3-based games have for the future, Harsh Savergaonkar (Founder) and Aditya Kasibhatla (Co-Founder and CTO) are building a web3 gaming startup called Wega Labs and developing Cricinshots, one of India’s first few fun and sustainable web3 games. Harsh is a gamer and tech enthusiast who recently graduated from MIT World Peace University with a degree in Computer Science. Aditya is a full-stack developer with a similar educational background. Both have been actively involved in the community, participated in renowned events, and bagged many prestigious awards.

Startup India has been pivotal support in helping Harsh and Aditya to make their idea a reality. They received a no-equity grant from the initiative and developed their prototype gameplay. Following the same, Wega Labs cemented itself as a web3 gaming startup by raising a funding round led by Antler India, a global venture capitalist, and saw participation from Pareen Lathia, a web3 founder and active angel investor.

In an exclusive interview with Harsh, we tried to gain more insights on the same. Let’s delve into the foundation of this game.

As Harsh says, Cricinshots is a “fun, sustainable, and play-and-earn cricket strategy game.” It is appealing, especially to Indians, because of their love for Cricket. Harsh also believes that Cricket can help drive the mainstream adoption of web3 gaming in India and encourage millions of people to get into web3 – which is the future of the internet.

The game Cricinshots is set in the 30th century in a Type 3 Kardashev civilization (a hypothetical civilization scale at which the civilization captures all the energy emitted by its galaxy). Players must traverse the galaxy to build an intergalactic team and battle opponents in a never-before-seen strategy cricket gameplay.

Currently, the game’s standard mode is playable without connecting to a crypto wallet or without spending any money, and it will remain so. However, a crypto wallet connection will be required to enjoy the game’s fully available leagues and features.

Cricinshots stands out from other cricket games because it is a strategy-focused game without motor skills requisites, has a full-fledged service economy, and gives users a return on their investment. Harsh explained it in the following context:

He said that “standard cricket games require one to tap/swipe to take a shot and get a score based on accuracy and timing. While it is convenient, it becomes monotonous within a brief period, and hence the “hypercasual” factor makes the game fade out very quickly.”

But with CricInShots, it does not happen. He said, “we have added deck building and card gameplay mechanics to make an intelligent strategy game where players can involve themselves by strategizing, trading, or playing in a near-real economy.

The longer players interact in the game, they can unlock more cards and other gameplay capabilities, making it intriguing over a very long period.” The difference is as fundamental as that between “FIFA and Football Manager,” as Harsh said. While both are football-centric, they are poles apart in their approach. As per him, developing Cricinshots as a strategy game was pivotal in scaling it to web3 and ensuring that if people continued playing it over a long time, they would always have something new to uncover.

Additionally, CricInShots is not just a game but a third-generation web 3 game, i.e., a game with a full-fledged service economy. Harsh describes CricInShots’ service economy as a real-world economy mirror where players not only play cricket but can also be involved in trading, owning, facilitating, or investing. People who do not wish to participate in the gameplay can invest and acquire gaming assets like stadiums, earn rent and participate in the economy in various ways. They can also be a trader facilitating crypto trades in the game economy. In this way, Cricinshots gives a real-world web3 experience, not just gaming.

As a gaming studio, Wega Labs aims to build interoperable games with interoperable assets starting with Cricinshots. The Crypto assets and player profiles built in CricInShots would be consignable to other future web3 games developed by Wega Labs or their partners. This makes CricInShots a part of a planned web3 gaming multiverse that Wega Labs is working on.

Why Take The Web3 Road?

The founders consistently cater to the web3 domain as most games claiming to be web3-driven mostly offer web2 capabilities with just NFTs on the top. None of these games perform well and are boring with boring gameplay. Something that Wega Labs has not forgotten in their transition from Web2 to Web3 is that games primarily need to be fun. To solve unsustainable economics and market liquidity problems, Cricinshots utilize a unique approach of in-game assets being Fungible Tokens and the standard collectible NFTs.

Harsh and Aditya would love to expand Wega Labs as a web3-focused gaming studio and develop more fun games, like Cricinshots, with sustainable economies and interoperability that people would play for their lifetime. The larger vision looks up to putting together a metaverse of web3 gaming experiences prioritizing player engagement and utility.

How SCS Tech is expanding globally with digital transformation?

How Cropin is transforming the agroecosystem with machine learning?