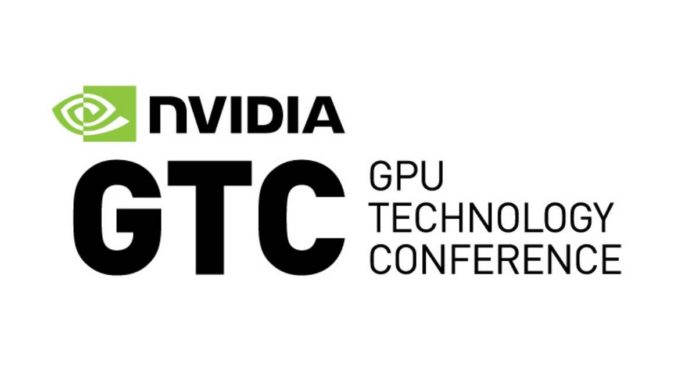 NVIDIA is a leading company involved with artificial intelligence and computing technologies. The company was founded by Jensen Huang in 1993 and has pioneered accelerating computing to overcome challenges that several firms face. NVIDIA has been hosting the GTC (GPU Technology Conference) since 2009. The conference aims to bring together researchers, pioneers, developers, and several IT professionals to discuss the latest technologies.

DLSS is a neural graphics technology that scales performance by creating new frames and displaying higher resolution. The technology reconstructs temporal images to produce better ones by rendering pixels in fractions to maximize the frame rate. NVIDIA has announced the third generation, DLSS 3 (deep learning super sampling). The sampling framework clubs three innovations, DLSS Super Resolution, DLSS Frame Generation, and NVIDIA Reflex, into one. The updated technology utilizes the latest Optical Flow Accelerator (OFA) from the Ada Lovelace architecture. It is a substantial improvement as now the technology can predict entire frames, not just pixels. Another significant improvement is its ability to enhance CPU-limited gaming experience by boosting frame rates from 64 FPS to 135 FPS. Try the new Portal RTX game to experience the improvement credited to DLSS 3.

Two years after the RTX 30 GPU series, NVIDIA announced the brand-new RTX 40 GPU series at the GTC event. The RTX 40 series is built on the company’s new Ada Lovelace architecture and delivers a significant performance improvement. The GPUs will enhance AI-driven graphics and content creation. With 24GB of GDDR6X memory, NVIDIA claims that the 40 series GPUs are two to four times faster than the previous generation and can deliver up to 100 FPS in 4K gaming. The GPUs are also compatible with DLSS 3, NVIDIA’s new deep-learning sampling framework.

Thor is the next-generation system-on-a-chip that centralizes all autonomous vehicle functions on a single computer for better security. NVIDIA unveiled the super chip DRIVE Thor, built on the latest GPU and CPU innovations to deliver world-class performance. Thor is a significant upgrade of the DRIVE Orin, the company’s previous lineup for autonomous vehicle technology. The chip unified several distributed functions like digital cluster infotainment, assisted driving, and parking; for enhanced software iteration and efficient development.

The GTC 2022 event attendees also witnessed the new large language models (LLMs) based on deep learning. Huang explained that these LLMs are one of the most vital AI models that run the digital economy. These models are engines of E-commerce, digital advertising, and searching. Following the same, he announced the new NeMo LLM service that makes AI more accessible by adding a conversational layer to the models. The service takes pre-trained models like the GPT-3 or Megatron and constructs a framework around them, saving model training time.

These enormous models require good computational power, for which Huang announced the NVIDIA H100 Tensor Core GPU chips with a next-gen transformer engine. The chips are in full production and will soon begin to be shipped.

The GTC keynote also talks in detail about the DRIVE Concierge and DRIVE Chauffeur, AI platforms aimed to make driving hassle-free by transforming the digital experience inside the car. With NVIDIA Concierge, people inside the vehicle have continuous access to real-time conversational AI because of DRIVE IX and Omniverse Avatar. Omniverse Avatar enables COncierge to function like a digital assistant and performs tasks like calling, booking reservations, alerting, etc. The company also posted a demo video of the Concierge AI showcasing the assistant on the center dashboard screen and helping the driver reach the destination.

The concierge is integrated with Chauffeur, AI-assisted driving framework, to provide high-quality 4D visualization with low-latency and 360-degree view so that the driver can sit idly while the Chauffeur drives. The chauffeur is based on the NVIDIA DRIVE AV SDK to tackle urban and highway traffic while following safety rules.

Several GTC announcements cater to robotics development. As per Huang, robotic computers are “the newest type of computers” to enable machines to move through the virtual worlds. He announced the new Jetson Orin Nano, a tiny robotics computer, to bring the DRIVE Orin technology to the market. This tiny computer is NVIDIA’s second-gen processor for robotics and is 80x faster than the previous Jetson Nano. Jetson Orin Nano runs on the Isaac robotics stack based on the ROS 2 GPU-driven framework and also features NVIDIA Isaac Sim, a robotics simulation platform. Huang made another significant announcement about containers for the NVIDIA Isaac platform accessible on the AWS marketplace for robotics developers who use AWS RoboMaker.

Some other GTC announcements:

You can refer to the GTC 2022 Keynote for more information.