The technology uses the cloud to tap the heavy-duty power of data centers to enable Omniverse tools wherever the users happen to be. 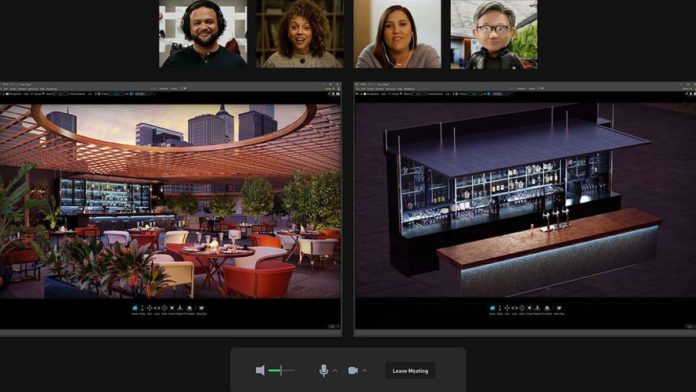 Nvidia has announced Nvidia Omniverse Cloud, its first software and infrastructure-as-a-service offering, at Nvidia GTC 2022. It is a suite of cloud services for artists, developers, and enterprise teams to design, publish, operate, and experience metaverse applications anywhere.

The technology uses the cloud to tap the heavy-duty power of data centers to enable Omniverse tools wherever the users happen to be. More than 700 companies and 200,000 people are using Omniverse now.

Using Omniverse Cloud, individuals and teams can experience in one click the ability to design and collaborate on 3D workflows without the need for any local computing power. Omniverse Cloud will leverage Nvidia’s cloud gaming solution, GeForce Now, which has a global graphics delivery network.

“The next evolution of the internet called the metaverse will be extended with 3D,” said Richard Kerris, vice president of the Omniverse at Nvidia. “To understand what the impact of that will be, the traditional internet that we know today connects websites described in HTML and viewed through a browser. The metaverse will be the evolution of that internet connecting virtual 3D worlds using USD, or universal scene description.”

Omniverse Cloud is based on the open Universal Scene Description (USD) standard for interoperable 3D assets.

“The metaverse, the 3D internet, connects virtual 3D worlds described in USD and viewed through a simulation engine,” said Jensen Huang, Nvidia CEO, in a statement. “With Omniverse in the cloud, we can connect teams worldwide to design, build, and operate virtual worlds and digital twins.”