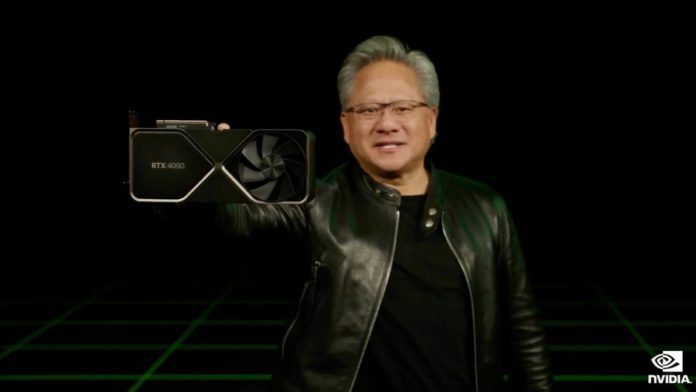 Nvidia, the leading semiconductor maker in the US, unveiled a new type of graphics chip at the GPU Technology Conference (GTC) 2022 that uses enhanced artificial intelligence to create more realistic images in games. Earlier this year, NVIDIA announced the launch of its new range of RTX professional GPUs during its Spring 2022 GTC.

Codenamed Ada Lovelace, the new architecture underpins Nvidia’s GeForce RTX 40 series of graphics cards which was unveiled by Chief Executive Officer Jensen Huang at an event on Tuesday. The top-of-the-line RTX 4090 will cost $1,599 and go on sale aroung October 12. Other versions that will be launched in November will retail for US $899 and $1,199.

The high-end version of the chip will consist 76 billion transistors. It will be accompanied by 24GB of onboard memory on the RTX 4090, making it one of the most advanced in the industry. Nvidia relies on Taiwan Semiconductor Manufacturing Co. to produce the processor with its 4N technology, whereas Micron Technology is the memory provider. Nvidia has been using Samsung Electronics to make Ada’s predecessor.

The new technology assures to speed up the rate at which cards produce images using the traditional procedure of calculating where pixels are situated on the screen while using AI to simulate others simultaneously. It is continuing a shift that Nvidia is pioneering which allows computers to make images appear more natural by generating them using calculations of the path of individual light rays.

The approach could give customers a new reason to upgrade their technology — which Nvidia could use now. The chipmaker is facing a steep slowdown in demand for PC components. Last month, Nvidia reported much lower quarterly sales than it originally predicted and gave a disappointing forecast.

Nvidia has been forced to deliberately slow down shipments to make sure its customers — primarily makers of graphics cards sold as add-ins for high-end computers — work through their stockpiles of unused inventory. Huang has said that process should be completed by the end of the year.