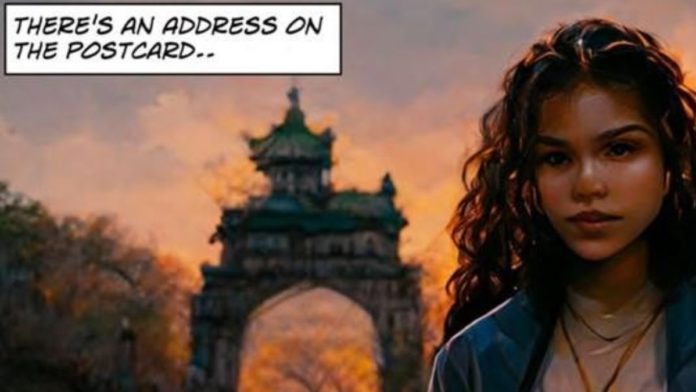 Kris Kashtanova, a former programmer, announced on their Instagram post last week that Zarya of the Dawn, an AI-generated graphic book, has been registered for U.S. copyright. It could be the first content produced utilizing AI-art generators to get such recognition from the US Copyright Office, taking into account other authors’ previous inability to achieve this milestone.

On the graphic novel’s cover page, Kashtanova claimed that Midjourney, a commercial image synthesis service, was used in its creation. They said a legal acquaintance gave them the idea to register their creation as a “visual arts work” in an effort to set an example.

According to their announcement, Kashtanova pursued the registration by claiming that the artwork was not totally generated by AI but rather with AI assistance. The plot for the comic book was written by Kashtanova, who also designed the layout and made the creative decisions for the image montage.

The history of generative art is not new, as artists have previously registered works produced using machines or code-based algorithms. However, this is the first occasion that we are aware of that an artist has filed a copyright for work produced using the most latest trend of image synthesis models driven by latent diffusion, a topic that has proven controversial among artists.

Although this can be deemed to bring a radical transformation, legal experts and copyright holders still have a lot of work to do. Since AI lacks the human authorship essential to establish a copyright claim, the U.S. Protect Office has thus far rejected all requests to copyright the work it produces. However, it appears that the US office is aware that there is, except in this instance, a human artistic contribution.

At the very least, this allows for future discussion on joint work, including humans and AI, rather than just dismissing all discussions of AI-generated art.

This development takes place in the midst of continuous debate concerning AI programs like Midjourney, DALLE, Imagen, and Nightcafe. Recently, Getty Images notified users via email that it will no longer accept any submissions built using AI generative models like DALL-E, Midjourney, and Stable Diffusion and that any previously submitted AI-generated artwork will be removed.

Several artists and photographers have attacked the art-making platforms for breaching their own copyrights. The AI-generative art tools comb through stock photos and artworks protected by the intellectual property to produce new artworks by replicating styles, prompting concerns about digital theft.

As a result, some creators wonder if AI will foster or stifle creativity, especially considering the fact that copyright rules in the United States and the European Union do not expressly include AI-generated art. The increasing use of AI to create magazine covers, posters, and logos raises the significant and tricky question of whether AI will slowly replace artists.

The recent advancements in diffusion models have led to state-of-the-art results for the majority of image generation Artificial intelligence tools like DALL-E. The use of diffusion processes in latent space as opposed to pixel space while taking into account the semantic input from the Transformers is known as latent diffusion modeling (LDM) – a concept used in making AI-generated artwork for Zarya of the Dawn.