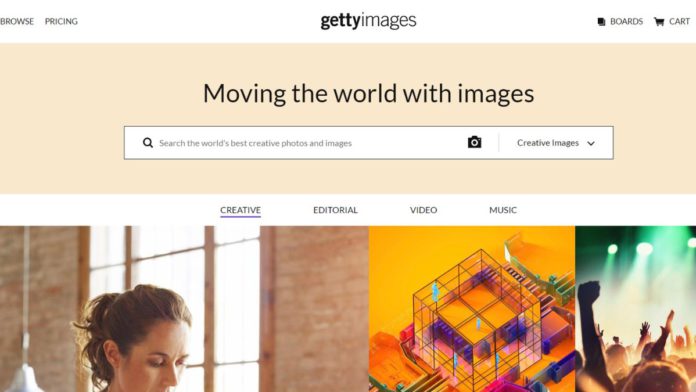 Getty Images, a company that provides photographs and illustrations to news organizations and businesses, has prohibited the sale of AI-generated artwork on its website out of concern about copyright infringement. The upload and sale of illustrations created with AI art tools like DALL-E, Midjourney, Craiyon, and Stable Diffusion are therefore prohibited for users.

Since last year, DALL-E and other AI art generators have grown in popularity because they make it simple for nonprofessional artists to produce stunning digital art. In addition to being displayed in galleries all around the world, AI art has been auctioned at Christie’s auction house. Unfortunately, the repercussions of selling it to customers are causing several image distribution websites to struggle.

Getty Images CEO Craig Peters expressed reservations about the legitimacy of AI images in an interview with The Verge. With systems like Stable Diffusion blatantly ripping off artists’ styles, generative art sits in a legal gray area. According to Peters, the individuals who license the content are also in trouble because of the use of these photographs. In light of this, it is safer to solely license user-created photos in the near future.

Whether Getty Images has faced legal problems for selling AI-generated content is a question Peters has declined to answer. He reiterated that the firm was merely implementing this policy to prevent danger to customers’ reputation, brand, and bottom line and that such content was very rare on the site.

Although Shutterstock, Getty’s main rival, appears to be limiting the photos in search results, it has not yet prohibited AI-generated material. Other photo distribution websites, such as Newgrounds, PurplePort, and FurAffinity, have also banned AI-generated content.

Peters acknowledged that it could be impractical to outright prohibit all AI content. The company will rely on users to report any content that appears to have been produced using AI. In other words, there won’t be an automated filter for the time being.

The Verge notes that scraping is permitted in the US, and it appears that the “fair use” theory also applies to the software’s output. However, fair use affords less protection to commercial activities such as selling photographs, and several artists whose work has been scraped and reproduced by AI image generators, thus, original artists are calling for new regulations to govern this realm.