HomeMiscellaneousYou Have been served! UK court allows lawsuits to be delivered via...
Miscellaneous

You Have been served! UK court allows lawsuits to be delivered via NFT AirDrop 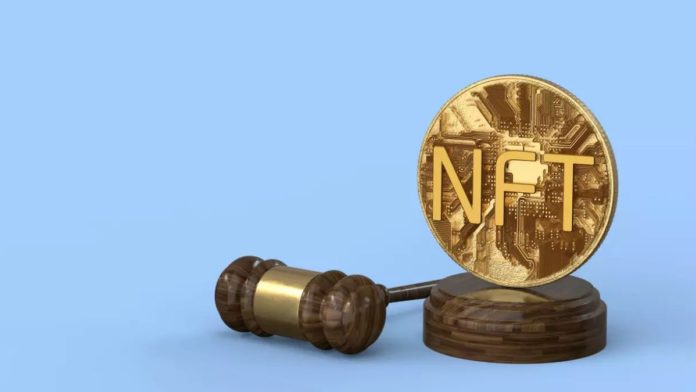 A case brought by Fabrizio D’Aloia against Binance Holdings, Poloniex, gate.io, OKX, and Bitkub over allegations that someone was running a fraudulent clone online brokerage has led to a legal precedent that airdropping legal documents via blockchain using NFT, according to a notice released by the U.K. law firm Giambrone & Partners on Tuesday.

D’Aloia claimed to have been tricked into depositing more than 2.1 million Tether and 230,000 USD Coin valued at roughly US$2.33 million into two distinct digital wallets that turned out to be fake. Before he realized he was “a victim of fraudulent conduct” in May, the con artists convinced him to transfer money from his cryptocurrency wallets to trade on the platform under the pretense of being from online brokerage TD Ameritrade via the website tda-finan.com.

On June 24, the High Court of England and Wales authorized D’Aloia to distribute the court documents to people linked to two anonymous digital wallets. This is a historic step against cryptocurrency scammers.

The court also stated that exchanges must ensure that stolen cryptocurrency is neither transferred nor removed from their systems.

This is not the first instance of someone using the blockchain in a lawsuit. According to the legal firms Holland & Knight and Bluestone, the New York Supreme Court granted a restraining order against a hacker via NFT drop in the US$8 million LCX exchange breach case in June.

The LCX or Liechtenstein Cryptoassets Exchange is a Liechtenstein-based cryptocurrency exchange that was hacked in January. At the time, it was reported that the hackers compromised the exchange’s hot wallets, leading to the theft of many digital currencies, including Ether (ETH) and USD Coin (USDC).

According to Giambrone & Partners, who represented D’Aloia, the ruling is a welcome example of a court embracing new technology. It is also a noteworthy verdict because it shows that England and Wales is one of the greatest jurisdictions in the world, if not the best, for safeguarding victims of crypto asset theft.

Read More: JPMorgan identifies new use for Blockchain in Trading and Lending

An NFT is a unique blockchain-based digital asset. It is cryptographically validated, meaning the creator or author is authenticated within an irrevocable digital record. An NFT could be anything that exists on a machine, from art to a video clip to a music sample.

When a creator creates an NFT, all other copies of the artwork become its copies. As a result, the economic value of the NFT is connected to the blockchain that confirms the legitimacy of the work rather than the job itself. NFTs, like bitcoin or ether, have instrumental but not inherent value. However,  thanks to increased adoption and endorsement from celebrities and large corporations, NFTs have gained much traction over the past year.

The U.K. government revealed intentions to create its own NFT earlier this year to establish itself as a “global leader” in the cryptocurrency industry. The government-owned Royal Mint, which is in charge of producing coins for the United Kingdom, has been instructed to develop and issue the NFT by the summer, according to Finance Minister Rishi Sunak.