Meta announced that they would be firing more than 11,000 employees in a bid to reduce costs. 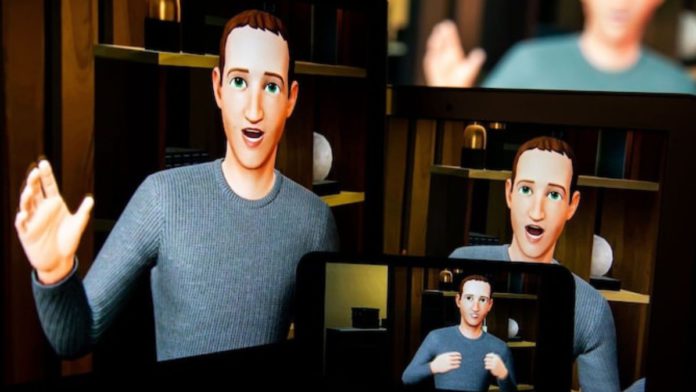 Facebook’s parent company Meta announced yesterday that they would be firing more than 11,000 employees in a bid to reduce costs following disappointing earnings and a drop in revenue. The reductions, part of the first significant budget cut since the foundation of Facebook in 2004, depict a sharp slowdown in digital advertising revenue, an economy on the brink of recession, and Mark Zuckerberg’s heavy investment in a speculative virtual-reality push, the metaverse.

Between January 2019 and September 2022, Meta has invested $36 billion in Reality Labs. Spending so much on an iteration of the Internet’s imaginary future without any profitable results has led many to think that Zuckerberg ruined the capital. But, it does make you wonder, what caused such a catastrophe?

At the beginning of the pandemic, the world started to move online rapidly, and the increase in e-commerce resulted in revenue growth that was outsized. “Many people predicted this would be a permanent acceleration that would continue even after the pandemic ended. I did too, so I made the decision to significantly increase our investments. Unfortunately, this did not play out the way I expected,” said Zuckerberg in his message to the employees. Not only has online commerce bounced back to prior trends, but the macroeconomic downturn, ads signal loss, and increased competition have caused Meta’s revenue to be much lower than he and his team at Meta had expected.

Secondly, Apple announced significant changes to its privacy policy last year to give users greater control of their data, adding opaqueness and complexity for Meta. Data collected from apps and website cookies has been the backbone of the digital economy, and restrictions on the same by Apple have dealt a massive blow to Meta’s revenue.

Meta has also failed to onboard early users for metaverse and has fallen short of expectations. Before the firings were announced, Meta had been giving signals of cost cuts by shrinking the company’s real estate footprint and withdrawing some of the benefits for its employees.

According to the company’s most recent Q3 2022 financial reports, its revenue was $285 million, which is down 49% year over year. Realty Labs’ expense was $4.0 billion, which is up 24%, primarily because of employee-related costs and technology development expenses, the firm said. The unit’s operating loss increased to $3.7 billion from $2.6 billion in the corresponding period of the previous fiscal. Last week, shares of Meta plunged 24.5% as investors and analysts digested the company’s third-quarter earnings miss and a weak fourth-quarter outlook. Shares closed at $97.94, the lowest price since 2016.

What can be done?

Meta is investing billions of dollars in the metaverse to make it possible for the few interested people, and to some extent, it has been successful. Using the Oculus headset, one can also enter existing virtual worlds such as Discronia, The Room VR, Puzzling Places, and many more games and apps. However, until mass mainstream adoption, these virtual worlds may be reduced to ghost towns.

Entrepreneur Krishnan Sundararajan, who is building Loka-an Indian Metaverse, believes that Meta should have focused more on users, not just infrastructure. “A platform is only valuable if there are enough users on it. This is something that many other new Metaverse projects have gotten wrong,” he says.

Many entrepreneurs building virtual world projects believe in the winning formula of mainstreaming the metaverse for various use cases such as productivity, work, fitness, music, art, and more. But not all of them agree on the importance of VR. Unlike Meta, some of these entrepreneurs don’t believe VR will be widely adopted, especially in developing countries whose citizens will find headsets extremely expensive.

Startups, individual creators, and communities are paramount in building and shaping the metaverse. Meta and Zuckerberg have previously stressed that millions of creators and developers worldwide must come together to build an open and interoperable metaverse. Whether or not this remains to be seen, but in any case, the lack of rules, frameworks, and interchange standards on interoperability present significant constraints for the metaverse.

It is evident from Zuckerberg’s remarks that the layoffs come as the company caters to the need to become more capital efficient by cutting costs wherever possible due to its recent ongoing financial slump. It looks like meta will shift its resources to high-priority growth areas such as its AI discovery engine, ads, and business platforms, as well as its metaverse project.

However, there is a need for a clear framework to govern how brands can interact with the metaverse, enabling more startups to enter the segment and forging tie-ups with brands to connect with a mainstream audience. This network effect will allow META to tap various possibilities in commerce and retail and create new revenue streams. To do so, it may have to draw inspiration from its earlier version, Facebook. It appears Zuckerberg needs to rethink core strategy and take a user-first approach as he embarks on an ambitious journey to get Meta back on track.