ad
HomeNewsPony.ai To Launch Robotaxis In California By 2022
News

Pony.ai To Launch Robotaxis In California By 2022 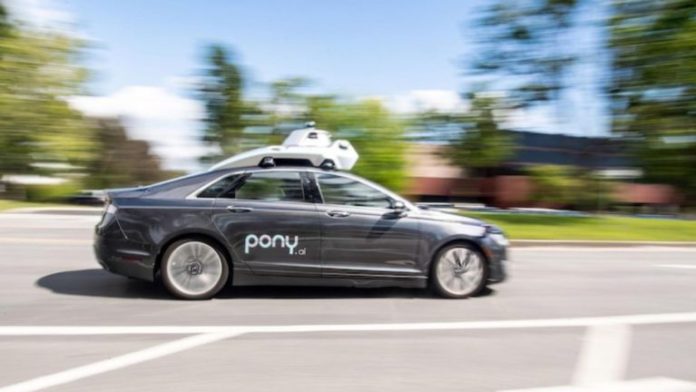 Pony.ai is a robotaxi startup that mainly operates in the United States and China. Recently, the company has started testing driverless cars in California, aiming to launch its commercial service by 2022.

Pony.ai said that humanless car testing is happening daily on roads in Milpitas and Fremont, California. Alongside the United States, the company is also testing its robotaxis in Guangzhou, China.

Though Pony.ai is currently facing some regulatory hurdles as it needs the approval of the California Public Utilities Commission and California Department of Motor Vehicles for operating commercially, the company firmly believes that they would be able to launch the service in 2022.

Last month, the California state issued Pony.ai a permit to test a sum of six driverless taxis in a specific location that spans about 39 square miles. After Baidu, AutoX, Zoox, and Neuro, Pony.ai has become the 8th company to receive a driverless vehicle testing permit in the United States.

Pony.ai also began operating PonyPilot, which is a public robotaxi service in Irvine, California. Yamibuy, an e-commerce company, partnered with Pony.ai to start a new autonomous service called ‘last-mile delivery’ in the same area. According to Pony.ai officials, the delivery service was started to ease the supply of overwhelming online orders during the COVID-19 pandemic.

Last year, the company stated its valuation to be US$5.3 billion after receiving funding of US$1 billion from giants like Toyota. The company has also partnered with many industry-leading organizations like Hyundai, Bosch, and Toyota.