C-DAC started the series of PARAM supercomputers in the 1990s, and PARAM means 'supreme' in Sanskrit, devoting the idea of supreme computer systems. 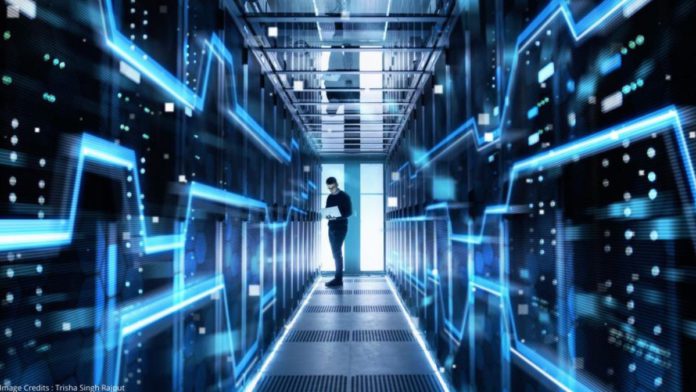 A country’s ability to develop its technology is one of its greatest assets, and adding AI applications to supercomputers is just the beginning. Supercomputers are high-performance systems where computational power is measured in floating-point operations per second (flops). The inventions of supercomputers date back to 1964, and the age of supercomputers in India started in the 1980s. In November 1987, the Indian Government decided to create C-DAC, the center for development of Advanced Computing technology. C-DAC started the PARAM supercomputers, led by Vijay P. Bhatkar, the architect of India’s national initiative in supercomputing since the 1990s. PARAM means ‘supreme’ in Sanskrit, devoting the idea of supreme computer systems. Here is the list of PARAM supercomputers, organized by the year of their launch.

PARAM 8000 is the first machine in the PARAM supercomputers series built from scratch in 1991. A prototype of the PARAM 8000 supercomputer came second in the 1990 Zurich supercomputing show, where it was introduced and tested. PARAM 8000 was launched in the market in August 1991 with a 64-node machine, making it India’s first supercomputer. It was a collaboration of C-DAC and the Institute of computer aided design (ICAD), Moscow. PARAM 8000 was successful with its Inmos T800/T805 transputers, distributed memory MIMD (Multiple Instruction, Multiple Data) architectures, and a reconfigurable interconnection network. First installed in ICAD, Moscow, it rapidly took over the home market, attracted 14 other buyers, and was later exported to Germany, the UK, and Russia.

In 1992, PARAM 8600 was designed in the light of C-DAC wanting to make India’s supercomputer more powerful by integrating the Intel i860 processor. PARAM 8600 supercomputer is an upgrade to PARAM 8000, where the node structure was changed from Inmos T800/805 to one i860 and four Inmos T800 transputers. Each PARAM 8600 cluster resulted in as powerful as four times the PARAM 8000 cluster.

PARAM 10000 was launched in 1998 based on SMPs (symmetric multiprocessors) clusters that is a relevantly replicated UNIX OS. It contains independent nodes where each node is based on the Sun enterprise 250 server with two 400 Mhz UltraSPARC II processors. PARAM 10000 was exported to Russia and Singapore with the base system’s best speed recorded at 6.4 GFLOPS (giga-floating point operations per second). The base configuration got three compute nodes and a server node, and the system has 160 CPUs capable of 100 GFLOPS. However, it is easily scalable to the TFLOP (trillion floating point operations) range.

PARAM Padma is a 1Teraflop supercomputer, which is India’s first supercomputer to earn a place, ranked 171th in the Top500 list of supercomputers of the world in June 2003. This PARAM supercomputer was launched in 2002 with a storage capacity of 1TB, 248 IBM Power4 1GHz processors, IBM AIX 5.1L Unix OS, and PARAMNet for the main connection.

PARAM Yuda came out in November 2008 with a peak speed (Rmax) of 38.1 Tflops and a maximum speed (Rpeak) of 54 Tflops. It has a storage capacity of 25TB up to 200TB, 4608 cores, Intel 73XX-2.9 GHz processor, and PARAMNet 3 as the primary connection. PARAM Yuva ranked 69 in the Top500 list of supercomputers in the world after PARAM Padma as India’s supercomputer.

PARAM Brahma was built in India by C-DAC and IISc under the national supercomputing mission (NSM), co-funded by the ministry of electronics and information technology and the department of science and technology. It has a computational power of 797 Tflops (Rpeak) and 526.5 Tflops (Rmax) with a storage capacity of 1PB. The unique property of PARAM Brahma is that it has a cooling system called direct contact liquid. This cooling system uses the thermal conductivity of liquids, mainly water, to maintain the system’s temperature during operations. PARAM Brahma supercomputer was launched in 2019 and, as of 2020, is available at IISER Pune and has 2 X Intel Xeon Cascadelake 8268, 24 cores, and 2.9 GHz processors.

PARAM Siddhi-AI is the fastest among the PARAM supercomputers, with a Rpeak of 5.267 Pflops and a sustained Rmax of 4.6 Pflops. It is a high-performance computing artificial intelligence (HPC-AI) system built in India. The integration of AI in supercomputers helps research for advanced materials, computational chemistry and astrophysics, health care system, flood forecasting, faster simulations in the covid-19 application, and medical imaging and genome sequencing. PARAM Siddhi-AI was released in 2020, containing the NVIDIA DGX SuperPOD based networking architecture, HPC-AI engine software and frameworks, and cloud platform. It ranked 63rd in the Top500 list of supercomputers worldwide in November 2020 and is one of top India’s supercomputers sharing the position with the Pratyush supercomputer.

PARAM Pravega is a recently released supercomputer in January 2022 under the national supercomputer mission at the Indian Institute of Science, Bengaluru. It hosts an array of program development tools, utilities, and libraries for developing and executing high-performance computing operations. PARAM Pravega runs on CentOS 7.x, has a combination of heterogeneous nodes, including Intel Xeon Cascadelake processors for CPU nodes and NVIDIA Tesla V100 cards for GPU nodes, and has a storage capacity of 4PB. The peak computing power of PARAM Pravega is 3.3 Pflops.

Under the national supercomputing mission, PARAM Ganga is established at the Indian Institute of Technology Roorkee. Among PARAM supercomputers, PARAM Ganga is based on heterogeneous and hybrid configurations of nodes similar to PARAM Pravega. It has 312 nodes, combining CPU, GPU, and HM modes with a peak computing power of 1.67 Pflops. The cluster of the supercomputer contains compute nodes connected to Mellanox (HDR) InfiniBand interconnect network. In addition, the PARAM Ganga supercomputer uses a luster parallel file system and runs on CentOS 7.x.

PARAM Shakti is a petascale supercomputer in the PARAM supercomputers series built at the Indian Institute of Technology Kharagpur under the NSM launched in March 2022. This supercomputer facility aims to amplify the research and development initiatives in academics and industries in India and focuses on solving large-scale problems in various fields of science and engineering. PARAM Shakti has 17680 CPU cores and 44GPUs and an RHDX-based cooling system, with a computing power of 1.6 Pflops.