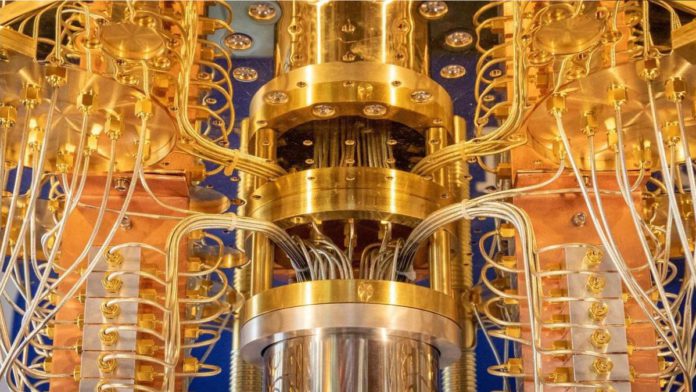 With the recent advancements in computing power, quantum computing is gearing up to revolutionize the needs of today’s modern world. Quantum computers can easily solve complex problems that are difficult and, in most cases, impossible for traditional computers to process. Moreover, quantum machines can solve complex problems a billion times faster than classical supercomputers. Such speed and accuracy unlock countless possibilities in almost every aspect of modern life.

Several technological giants are strategically investing in quantum computing. Recently, IBM updated its quantum computing roadmap, which suggests that IBM will accelerate quantum’s expected trajectory by developing quantum processors that have the potential to scale to hundreds of thousands of qubits several years earlier than expected. If IBM’s roadmap is implemented successfully, it will change the quantum computing paradigm.

One of the top applications of quantum computing is its utility in research in the field of particle physics or high energy physics. Particle physics models are highly complex. Hence, require lengthy computing time and a vast number of resources for numerical simulations. For instance, consider the example of the Large Hadron Collider (LHC) at CERN. Experiments on LHC produce one petabyte per second of data resulting from collisions of one billion particles every second, which is impossible to keep up with. Here’s when quantum computing comes to the rescue.

Quantum computers enable physicists to deal with vast experimental data with accuracy and speed. They also allow one to simulate nuclear experiments and fundamental interactions, including scattering the nuclei and quarks. The computing power required to process LHC data is expected to increase by a factor of a hundred by 2027. In 2019, CERN initiated its collaboration with IBM to work on quantum computers.

Quantum computing applications include the crucial task of training artificial intelligence. The intelligence demonstrated by machines requires training; quantum computing can simplify the task of analyzing millions or even billions of data points with accuracy and speed. In 2020, Google, in collaboration with Volkswagen and the University of Waterloo, launched TensorFlow Quantum to accelerate development in quantum computing. TensorFlow Quantum is an open-source library used for prototyping quantum machine learning models.

One of the top applications of quantum computing includes its use in financial modeling. Based on expected returns and associated risks, finding the right mix for profitable investments is significant for financial investors to survive in the market. This process involves the analysis of thousands of factors that have the potential to affect stock prices. On classical computers, Monte Carlo simulations are used by investment banks for detailed analysis. However, this method takes a vast amount of time and computing resources.

Since quantum computers are mainly designed for such probabilistic calculations, by using them, investment banks can enhance the quality of their solutions and significantly decrease the time required to develop them. In the long run, quantum computers can assist financial services in opening new investment opportunities by increasing investment gains and reducing capital requirements.

The development of drugs is on the list of top applications of quantum computing. It can take over ten years and billions of dollars for pharmaceutical companies to discover or develop a new drug, for which scientists run hundreds of millions of comparisons on conventional computers. However, the processing capabilities of traditional computers are limited as they can analyze molecules only up to a specific size. This issue can be rectified with the use of quantum computing.

As quantum computing algorithms and hardware become more prevalent, they will make the comparison of much larger molecules possible. This can drastically reduce the time and costs involved in drug development, thus empowering scientists to find cures for various diseases faster than expected.

Applications of quantum computing in advertising and marketing are revolutionary. Quantum algorithms can help create and deliver better advertisements by interpreting associations influencing purchasing patterns. Instead of just using browser history for ad delivery, quantum algorithms focus on factors like how users feel after looking at an advertisement and what types of ads could help make long-term relations with the customers.

In collaboration with Recruit Communication, D-Wave Systems has pioneered the application of quantum computing to optimize marketing, advertising, and communication. They aim to use quantum computing in advertising to analyze complex data in less time and increase the efficiency of delivering advertisements to their targeted customers.

Applications of quantum computing include the discovery of new materials. Quantum computing is based on quantum-mechanical phenomena; hence, it can represent other quantum systems more efficiently than conventional computers. For instance, consider Schrödinger’s equation. A quantum machine can solve Schrödinger’s equation for a molecule to accurately calculate its allowed energy states. Quantum computers can also simulate complex molecules that conventional computers are unable to.

Researchers can develop optimum materials with finely tuned mechanical and optical properties by handling the noise in the qubits on quantum machines. Recent advances in quantum noise-canceling techniques suggest that next-generation materials might be designed on quantum computers rather than by traditional trial and error. Further advancements in quantum algorithms and hardware can revolutionize theoretical chemistry.

The development of clean fertilizers is one of the quantum computing applications. Quantum computers are gearing up to model the primary cofactor of nitrogenase, i.e., the FeMo cofactor. This advancement can enable chemists to develop energy-efficient industrial processes for synthesizing nitrogen or clean fertilizers.

Currently, ammonia fertilizers are developed through a Haber-Bosch process that uses enormous amounts of energy and releases large amounts of greenhouse gases. However, quantum computers can find the nitrogenase mechanisms and behavior of transition metals in detail, allowing the development of more efficient catalysts for manufacturing fertilizers.

Quantum computers can also help tackle the problem of traffic control, which is a result of the increasing population. Technology using quantum computing can be used to mitigate traffic jams and thus shorten waiting periods. Recently, Volkswagen demonstrated the use of quantum computing to optimize traffic in a live setting. The D-Wave quantum computer used by Volkswagen’s quantum routing algorithm calculates the fastest travel routes in real-time.

Quantum routing algorithms can augment the entire mobility system of a city and can constantly interact with moving objects on the road. These algorithms can also be utilized in air-traffic control for enhanced routing information. Several other automobile manufacturers, including Toyota, BMW, and Ford, are investing in quantum computing applications.

Enhancement of cybersecurity is one of the most crucial applications of quantum computing. Quantum computers can crack encryption algorithms that protect the infrastructure and sensitive data of the internet. Estimates predict that a quantum computer with 20 million qubits is capable of breaking such encryptions in less than 8 hours.

Moreover, quantum computing can also be used to build much more secure encryption systems. Companies like Google and Microsoft have initiated their work on quantum-safe encryption algorithms. Although they are currently in the testing phase, quantum-safe algorithms are expected to assist with securing banking transactions, military communication, medical records, etc.

One of many applications of quantum computing is mapping complicated weather patterns. Unlike traditional weather forecast systems, quantum computers can provide forecasts for much smaller and more specific areas. This can assist farmers in preparing for weather changes efficiently and allow airlines to minimize fight disruption.

In collaboration with the National Center for Atmospheric Research, The Weather Company, and the University Corporation For Atmospheric Research in the United States, IBM is building a quantum computing model that can estimate thunderstorms at a regional level. Quantum computing systems can also forecast micro-meteorological events such as the formation of individual clouds or wind eddy by processing extensive meteorological data.

Researchers at IBM and Daimler AG are testing how quantum computers can simulate the behavior of chemical compounds in Lithium-ion batteries. They were able to simulate dipole moments of four industrially relevant molecules, viz. lithium sulfide, hydrogen sulfide, lithium hydride, and lithium hydrogen sulfide, using a 21-qubit quantum computer. As scientists increase the qubit states, they will be able to test more complex compounds to develop next-generation batteries that would be more powerful and inexpensive.

Overall, quantum computing is taking giant leaps in shaping several domains of everyday life, ranging from traffic optimization to cybersecurity. According to GlobeNewswire, the global market for quantum computing was valued at US $507.1 Mn in 2019, and it is expected to reach US $4531.04 Bn by 2030.