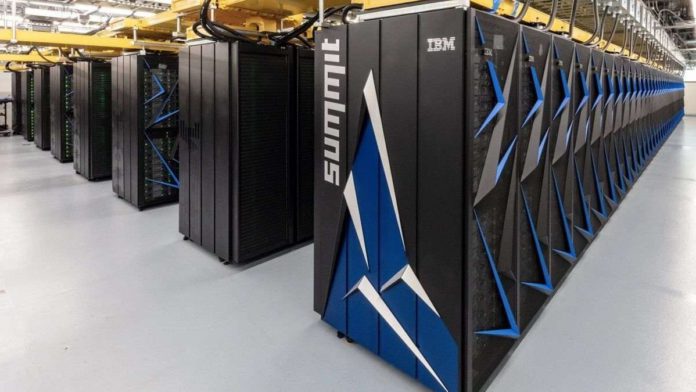 A supercomputer is a class of highly powerful computers used for scientific purposes and engineering tasks requiring extremely high computing capabilities. They are also used to monitor climate and are heavily utilized in the space science industry. Unlike conventional computers, supercomputers have multiple CPUs to execute logic operations effectively. The government of India launched its National supercomputing Mission in the year 2015 with the aim of providing seventy-four institutions with high-performance computing facilities by 2022. It is a seven-year-long mission and has been divided into three phases. This initiative of the government has skyrocketed the urge to develop new supercomputers in India. Here we bring our list of the top supercomputers built in India.

C-DAC had collaborated with a chip manufacturing company NVIDIA and a French IT firm, Atos, while developing this supercomputer. The supercomputer is built on NVIDIA’s DGX Superpod architecture that contains forty-two NVIDIA DGX A100 systems. PARAM Siddhi-AI is built to provide assistance in many fields, including deep learning, virtual reality, visual learning, and graphics visualization.

Pratyush is one of the fastest supercomputers in India, developed by the Indian Institute of Tropical Meteorology (IITM) Pune in 2018. The government sanctioned ₹400 crores to build a new supercomputer with ten petaflops of computing capacity under the guidance of Suryachandra Rao in the year 2017. This high-end supercomputer is a Cray-XC40 liquid-cooled system that has nodes running Intel Xeon Broadwell E5-2695 processors. It has a whopping system memory of 414 Terabytes and a peak performance of 6.8 petaflops. The primary function of this supercomputer is to predict monsoons and their severity accurately.

Pratyush is the world’s fourth-fastest supercomputer deployed for climate and weather research. Pratyush has recently become India’s second supercomputer to get listed on the top 100 of the list of the world’s top 500 supercomputers by securing the 78th position. The machine is currently being used by two government bodies which include IITM Pune and National Center for Medium Range Weather Forecasting (NCMRWF), Noida.

Mihir is an Indian-built supercomputer also developed by the Indian Institute of Tropical Meteorology in the year 2018. This Indian supercomputer also bagged 120th position in the list of top 500 supercomputers in the world. Mihir has a maximum capacity of 2.5 petaflops. Pratyush and Mihir are used together to perform weather forecasting tasks. These two supercomputers, when clubbed together, can achieve a peak performance that is comparable to PARAM Siddhi-AI.

SAHASRAT is a Cray X-C40 Indian supercomputer developed by the Indian Institute of Science (IISc) Bengaluru. It is the latest addition to the Supercomputer Education and Research Center’s (SERC) high-performance computing systems. The supercomputer is powered by an Intel Haswell 2.5 GHz CPU cluster with twelve cores, NVIDIA G40 4K graphic accelerator, 128 GB of RAM, 2.1 PB storage, and 1376 nodes. It had also secured the 96th position on the list of top 500 supercomputers in the world in the past, making it one of the fastest supercomputers in India.

SAHASRAT is mainly used for aeronautical engineering and molecular research. It has also been utilized for accurately mapping weather conditions of several areas through simulations.

Color Blossom is a Cray-X30 supercomputer developed by the Tata Institute of Fundamental Research (TIFR) located in Hyderabad. This supercomputer of India runs on Linux operating system and is powered by an Intel Xeon 5E-2680 processor, NVIDIA Tesla K20x graphic card, 1.1 PB of storage, and has a maximum computing speed of 558.7 TFlops. TIFR is using Color Blossom under the Indian Lattice Gauge Initiative to conduct research on quantum chromodynamics and physics.

The Center for Development of Advanced Computing, along with Intel and Netweb Technologies, built PARAM YUVA-II as the successor of the previous generation YUVA in February 2013. It secured 69th position in the list of top 500 supercomputers in the world in the same year. YUVA-II is one of the fastest high-performance computing systems in the PARAM series of supercomputers.

Gree500 list of 2013 listed YUVA-II in 44th position globally among the most power-efficient supercomputers with a performance of 1,760.20 megaflops. It is powered by Intel Xeon 5E-2670 and has a storage capacity of 200 TB. The supercomputer can be used in various sectors like pharmaceutical research, weather forecasting, aerospace engineering, and bioinformatics.

PADUM is one of the famous high-performance supercomputers in India, deployed at the Indian Institute of Technology Delhi. It was named the 166th fastest supercomputer in the world and 4th in India. PADUM is a graphics-focused supercomputer designed to perform graphics-intensive operations. This Indian supercomputer is powered by NVIDIA’s Tesla platform K40M graphic processing unit and two Intel Xeon G-6148 twenty-core CPUs clocked at 2.4 GHz. IIT Delhi’s researchers worked along with NVIDIA for more than two years to develop this high-end supercomputer. PADUM is India’s only GPU-centric supercomputer. The institute uses this machine to conduct research on various subjects like deep learning, data analytics, computational physics, and many more.

VIRGO is an IBM iDataplex dx360 M4-based supercomputer developed by the Indian Institute of Technology (IIT) Madras in 2015. Its main motive is to collect satellite data that will increase the accuracy of weather forecasting in the region. The supercomputer enables the researchers to interpret data from previous cyclones and compare them with real-time weather data to provide better predictions. VIRGO features two Intel E5-2670 processors clocked at 2.6 GHz, 64 GB RAM per node, and a Mezzanine adapter for FDR10 infinite band communications. It has a total of 292 compute nodes which produces a peak performance of 97 TFlops.

The supercomputer was developed by the Center for Development of Advanced Computing (C-DAC). Prime Minister Narendra Modi, in 2019, inaugurated the new Indian supercomputer PARAM Shivay at The Indian Institute of Technology (IIT) Varanasi. The supercomputer was developed under the country’s National Supercomputing Mission initiative. Research and development of PARAM Shivay cost Rs.32 crores. The newly made Indian supercomputer has a maximum capacity of 833 Tflops. Shivay is powered by two Intel Xeon Skylake 6148 20 cores 2.4 GHz processors per node. PARAM Shivay will be used by the meteorology department to aid them in generating better weather predictions and will also be used for research in computational biology.

Read more about all PARAM supercomputers.