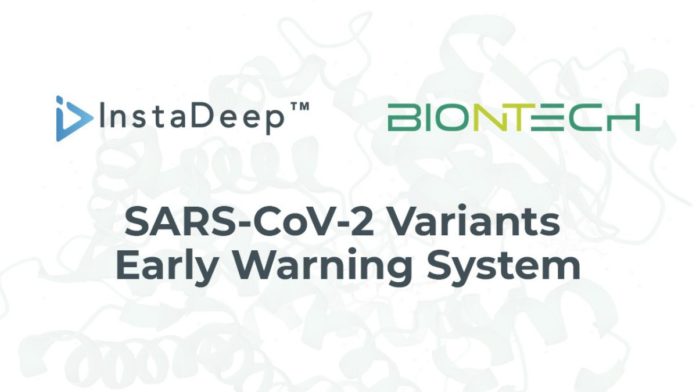 According to the companies, their system effectively identifies potentially dangerous COVID-19 variants at an early stage to help tackle the challenge. Early detection of such potentially threatening variants is critical for properly managing the spread of COVID-19 across the globe.

While testing the newly developed Early Warning System (EWS), it was found that the system could successfully identify 12 of the 13 COVID-19 variants that the World Health Organization has declared to be potentially dangerous, that too before WHO came to a conclusion.

A similar kind of DNA analysis system has also been developed by Google’s DeepMind, which is capable of accurately mapping protein structures much faster than traditional methods.

BioNTech and InstaDeep mentioned that their EWS was able to identify Omicron as a dangerous variant on the same day when its DNA sequence was made available. Co-founder and Chief Executive of InstaDeep, Karin Beguir, said, “More than 10,000 novel variant sequences are currently discovered every week, and human experts simply cannot cope with complex data at this scale.”

The EWS uses a molecular simulation method to accurately identify the structure of spike proteins from DNA sequences of viruses to identify dangerous variants. Identifying spike proteins is crucial for understanding the threat of variants, and spike proteins are the part of the virus that infects human cells and is targeted by antibodies to neutralize it.