Nuro comes with external airbags and multiple sensors to minimize the risk of causing any damage to the vehicle and pedestrians. 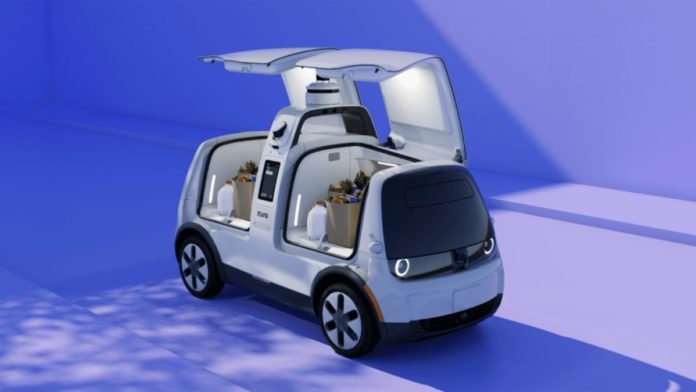 Unlike its predecessors, which were called R1 and R2, the new vehicle is now named Nuro. Last year, Nuro raised $600 million from investors like Tiger Global, Google, SoftBank, and many others.

A unique feature of Nuro is that it comes with front airbags that help in saving the car from any severe damage if it gets hit accidentally during transit and also to minimize the chances of causing any damage to pedestrians. Additionally, the company has announced that it plans to use renewable energy to power its autonomous delivery vehicles.

Co-founder and President of Nuro, Dave Ferguson, said, “With the introduction of our new flagship model and the groundbreaking of our new production facility — one of the industry’s first end-of-line manufacturing facilities in America.” He further added that they are incredibly thrilled to get this opportunity of making everyday lives simpler with their autonomous driving vehicles for delivery.

Last year, Nuro had also collaborated with transportation and eCommerce giant FedEx to test AI-based delivery vehicles in Houston. The partnership aimed to reduce the need for any form of human interference in cargo delivery across the region.

Nuro has partnered with BYD North America to manufacture its autonomous delivery vehicles in southern Nevada. “Five years ago, we set out to build an autonomous vehicle and delivery service designed to run errands, giving people back valuable time. Through our strategic partnerships with Domino’s, FedEx, Kroger, 7-Eleven and more, we are doing just that—improving road safety, sustainability and overall access to goods delivery,” said Ferguson.