HomeMiscellaneousWill Shanghai Upgrade bring any fee reduction for Ethereum users after The...
Miscellaneous

Will Shanghai Upgrade bring any fee reduction for Ethereum users after The Merge ‘Disappointment’?

After Ethereum launched the testnet for the Shanghai upgrade, people expect ETH withdrawals and lower gas fees from the upcoming Surge phase. 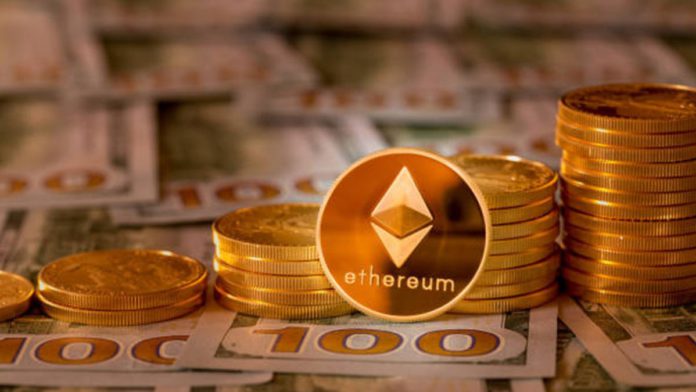 In September, the second-biggest cryptocurrency by market cap, Ethereum, underwent a software update called “The Merge.” The Merge is a meticulously planned changeover from a Proof of Work consensus mechanism to a long-awaited Proof of Stake consensus mechanism. Using a consensus process, numerous anonymous participants can agree on a transaction so that it can be recorded in a ledger. This Merge signifies a substantial shift in how the Ethereum blockchain verifies a block, eventually changing how transactions are handled, lowering the ether token’s supply and considerably increasing its price.

Every user who wants their transaction to be included in a block on Ethereum must pay transaction costs, sometimes known as “gas fees.” The space on the block is awarded to the bidder, who offers the maximum amount of gas. As there is greater demand for Ethereum block space, fees have skyrocketed in recent years. While many anticipated that the gas fees would reduce post The Merge, unfortunately, that is not the case. This is because the purpose of the update was to strengthen network security, making it nearly difficult to attack the network. It will also use less energy, by around 10,000% less energy, making it more energy-efficient.

Contrary to popular belief, gas prices will most likely stay the same as a result of The Merge since the network won’t become significantly quicker or able to handle more transactions per second. In reality, this upgrade would result in blocks being generated 10% more frequently, which is a rather negligible difference and is unlikely to be seen by users. Additionally, neither The Merge nor any other parameters affecting network capacity increase block size. In other words, no more block space will be made available by The Merge. As a result, the network continues to charge users more fees to access block space, with the amount of competition increasing as a result.

But there is a possibility of reducing the transaction fees in the next phase after The Merge.

Withdrawing staked ETH will be made feasible by the Ethereum network’s upcoming significant upgrade, “Shanghai,” which shall wrap up unfinished business from the historic “Merge” update. In October, the Shanghai testnet, code-named Shandong, was announced. The testnet will allow developers to test new protocols before the “Shanghai” update is expected to happen in 2023. Several Ethereum Improvement Proposals (EIPs) will be tested in Shandong by Ethereum’s core developers, who will then create, modify, and narrow down the number of upgrades to be included in Shanghai when it eventually goes online. These EIPs include ideas for network effectiveness, scalability, and gas prices.

According to Bloomberg, the Shanghai upgrade is anticipated to let users who pledge or stake the network’s native Ether cryptocurrency eventually remove their money from the specialized digital wallets used to place network transaction orders. Before that occurs, a few minor tweaks would be made. For example, one of them is WARM Coinbase, which will drastically lower some costs paid by prominent ecosystem participants known as builders, who already have significant influence over Ethereum.

Transactions sent via Ethereum are packaged into blocks by builders like Flashbots and BloXroute, then forwarded to validators who put them in the proper order on the blockchain. At present, Flashbots is the largest builder and distributes more than 81% of these blocks.

Some critics are concerned that this may lead to it using its influence to gain an advantage or demand more money.

88% of validators have chosen to collaborate with the builders since September, when the new method utilizing builders was introduced into The Merge to get additional fees from traders attempting to execute a range of profitable tactics. The builders are compensated for organizing transactions in a certain sequence, which can let a trader, for instance, purchase a coin before another party and resale it to them for a greater price.

One rationale for the WARM Coinbase change is that it would enhance the builders’ industry’s profitability. According to Matt Nelson, a product manager at ConsenSys, an Ethereum infrastructure provider, some fees builders pay to the network could decrease by 26 times once it is deployed.

To accept new tokens on the network and serve as a conduit to validators, some users, such as builders, must have access to coinbase, a specialized blockchain application. There may be several interactions between each of these transactions and the coinbase. The moniker “warm” the coinbase comes from the fact that it costs more to access the coinbase for the first time. Once it has warmed up, further memory accesses are less expensive. Coinbase now starts out warm and is put into memory for a much lower gas fee upfront.