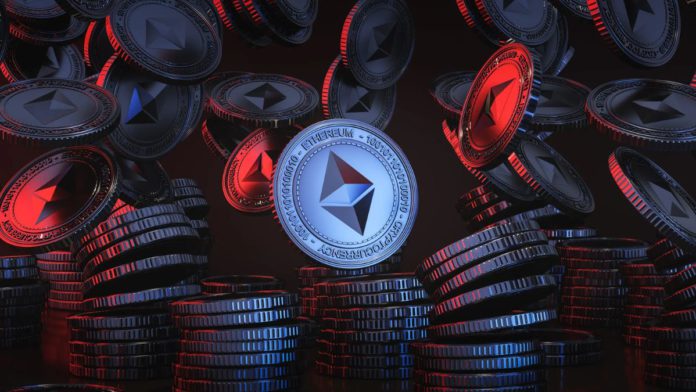 In a research study, Citigroup warned that the Ethereum blockchain’s planned Merge, an update that converts it from a proof-of-work (PoW) system to a more environmentally friendly proof-of-stake (PoS) mechanism, will have a variety of effects. The Merge is scheduled to usher the second-largest cryptocurrency Ethereum into its next phase (previously known as Ethereum 2.0) when the network’s whole blockchain migrates to a new structure that supporters claim would make it more efficient, sustainable, and scalable.

In order to verify transactions, and protect the network, proof of work relies on the participation of network users known as miners. Miners utilize powerful computers to solve challenging mathematical puzzles. In exchange for their work, miners are paid in the network’s native cryptocurrency, such as BTC or ETH. Proof-of-stake networks require validators who confirm transactions and maintain the network by staking—or locking up—a certain amount of the network’s native cryptocurrency, to work together instead of miners. Instead of using electricity to validate blocks, this solution requires users to put up raw cash. In contrast to a proof-of-work system, which requires 51% of the network’s power to overthrow, a proof-of-stake system requires 51% of the entire amount of staked ether. The network grows safer when more total ether is staked since it costs more to attain 51% of its capital.

Validators will also ensure network security by locking up the network’s native crypto, ETH. Potential block verifiers must stake 32 ETH by putting the money into the official deposit contract created by the Ethereum Foundation in order to become a complete validator on Ethereum 2.0.

It is important to note that for the owners of ETH, no special activity is required to “transfer” ETH from the 1.0 chain to the 2.0 chain. ETH holders can continue using (or hodling) their ETH just as they did before, but on a more secure and scalable chain than the one they were using earlier. Ethereum 1.0 will become a part of the 2.0 chain.

The staking will probably slow down the rate at which ETH’s supply grows. And for Ethereum investors, if supply growth slows as demand picks up, it may be advantageous. Therefore, it should be no surprise that the price of ETH has increased as the upgrade draws closer.

Over the past several days, Ethereum staked on the Beacon Chain, a PoS variant of Ethereum that debuted in December 2020, has been slowly rising. On December 1, 2020, 16,000 validators deposited the needed 32 ETH to stake. Since this time, Ethereum’s Proof-of-Work consensus layer has been coexisting with the Proof-of-Stake Beacon Chain. ​​

The current mainnet and the PoS version are set to combine on September 19. Currently, more than 410,000 distinct validators have contributed to the total staked value of 13.28 million. The Merge, has also been largely viewed as a positive trigger for ETH. With the migration to Proof-of-Stake, the network will stop paying miners and just charge validators.

According to the bank’s research, once the update is implemented, it might result in decreased energy consumption and possibly pave the way for a more scalable future through sharding. Sharding is the process of dividing a large dataset into pieces that each represent the complete dataset. As a result of the Merge, the current Ethereum chain splits into 64 parallel shard chains.

Since each sharded chain will distribute the data storage functionality of the existing Ethereum chain, distributing the data processing weight among the nodes, sharding will significantly increase the network’s scalability; while relieving pressure on the core network. The multi-phased Sharding is expected to be implemented in 2023–2024, even though it was initially scheduled for 2022. When it is made available, sharding will be able to support Layer 2 rollups like zkSync and Immutable X, which handle large amounts of Ethereum transactions off-chain more quickly and cheaply.

Ethereum will be able to execute somewhere between 20,000 and 100,000 transactions per second thanks to sharding and Proof-of-Stake. The speed improvement from the current rate of 10–20 transactions per second is up to 999,900%, even though it might take a few years to achieve the maximum capacity. These exponential speed increases will assist in reducing network congestion and gas prices. The so-called “triple halvening” following the Merge will see fresh block rewards decline from 12,000 ETH (Ether) per day to 1,280 ETH, increasing scarcity, preventing the issuance inflation of the token, and probably maintaining the value of ETH.

Citi estimates that the switch to Proof-of-Stake could also reduce the annual issuance of Ethereum by 4.2%. Following the upgrade, it is predicted that ETH may turn into a deflationary asset because Ethereum also uses a part of its supply to pay for gas fees via EIP-1559. In line with the study, Ethereum’s importance as a store of value will increase as it turns into a deflationary asset.

The bank predicts that as a deflationary asset, it is less likely for Ethereum to be the blockchain with the maximum throughput. The report also stated that Ethereum’s blocktime will decrease from 13 to 12 seconds as a result of the Merge, which would result in lower fees and faster transaction times. Blocktime is the amount of time needed by crypto miners to authenticate or validate a block. For Ethereum, it typically takes between 10 and 20 seconds.

Furthermore, Citi stated that because Ethereum would be a PoS network, it would draw investment opportunities, enabling the application of new valuation methodologies currently unavailable for the blockchain. Citi also added due to the decline in energy usage, which would fall by 99.95% after the Merge, Ethereum may be deemed an energy-efficient and environmentally friendly cryptocurrency.

According to the report, The Merge, the first of five planned network enhancements, may only boost transaction speeds by 10% by cutting down on block times. The Surge (sharding) the network’s next scheduled update, is expected to enable 100,000 transactions per second (TPS) for the blockchain, according to the study. The Surge update will be followed by The Verge (introduction of verkle trees), The Purge (reducing hard drive space needed for validators), and The Splurge (miscellaneous minor upgrades) phases.

The sooner the Merge takes place, in the opinion of its proponents, the faster it will be able to address the two main Web 3.0 growth constraints. These include the need to accommodate the growing need for distributed/decentralized processing capacity while still doing so in an environmentally friendly manner, and a shortage of raw native blockchain development talent.

In an effort to move closer to implementing Ethereum Merge, the Ethereum developers tested a “Shadow Fork” on April 11. A test to replicate data from the Ethereum blockchain to a testnet is known as a shadow fork. The term “testnet” or test environment network refers to a different blockchain network that is used for testing and evaluation. Before transferring their findings to the main network, the engineers test the recently added features using Shadow Fork.

The developer claims that the Shadow fork test, which was conducted against both current testnets and a portion of the Ethereum blockchain, uncovered client implementation problems. Once clients function normally during shadow forks, the current Ethereum testnets are processed via The Merge. An appointment time is scheduled for the Ethereum mainnet upgrade after testnets have successfully upgraded and are stable.

Before the Ethereum blockchain successfully transitioned from proof-of-work to proof-of-stake, it underwent its third and final test environment network merging on August 10 under the moniker Goerli (after a Berlin railway station). In this instance, the Prater beacon chain and the Goerli testnet were combined. This experiment demonstrated the effectiveness of the merging process and demonstrated how the proof-of-stake validation procedure significantly decreases the amount of energy required to validate a block of transactions. The Sepolia testnet worked well last month, while the Ropsten testnet successfully switched to proof of stake in June.

Several methods exist for determining if a test was effective. The participation rate, or how many validators are online and doing their jobs, is the indicator that is the simplest to monitor. Those in charge of development must ascertain why in case the numbers decline.

Another metric is transactions that in Ethereum are processed in blocks. A certain sign that the test was successful would be if the blocks included genuine transactions rather than being empty. The final significant check is to see if the network is finalizing, which means that more than two-thirds of validators are online and agree on the chain history, which under typical network circumstances takes 15 minutes.

However, some people pointed out that a few small bugs persisted from the first two testnet mergers. Despite some “confusion on the network due to two different terminal blocks and plenty of non-updated nodes,” according to Ethereum developer Marius van der Wijden, things were still moving forward pretty well.

“Bellatrix” and “Paris” are the final two levels of Ethereum’s upgrading. Developers said during the conference call that “Bellatrix” will occur on September 6. When Ethereum’s hash rate (a metric of a network’s computational power) exceeds a specific threshold, the last phase of the upgrade, dubbed “Paris,” will take place. This is presently scheduled to occur on September 15.

Ethereum detractors have compared the integration to replacing an airplane’s engine in the middle of a passenger flight. Not just the aircraft but also the $183 billion worth of ether in circulation are in jeopardy.

The new blockchain may have several unanticipated flaws on a technological level. This is based on the fact that several total outages have occurred this year on the Solana blockchain, another proof-of-stake platform. At the same time, experts believe that the Merge and the creation of layer-2 networks built on top of Ethereum to help with layer-1 network scalability will boost Ethereum against other proof-of-stake competitors.

The security of proof of stake is another concern raised by critics. However, a feature called slashing allows validators to be punished for acting maliciously by having their staked ether destroyed and their network access terminated.

In conclusion, in spite of delays, with a competitive lead already established, qualified and deliberate measures toward the Merge will guarantee Ethereum remains competitive and energy-efficient for the imminent future.