Wechat's move suggests that China, which currently lacks clear legislation against NFTs, is widening its digital asset crackdown, which began in 2021. 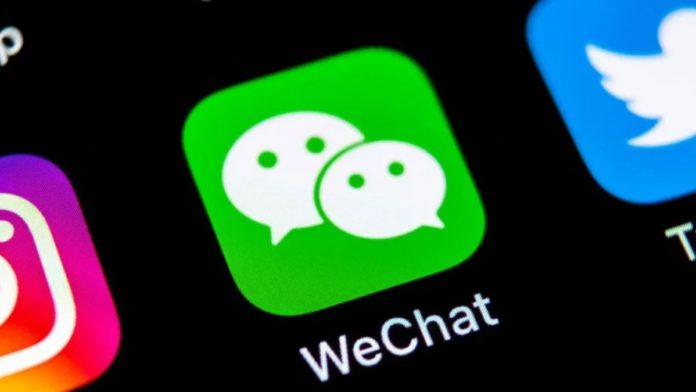 Over ten WeChat public accounts involved in the non-fungible token (NFT) trading have been disabled by Tencent’s WeChat platform, the majority of which are small and medium-sized NFT exchanges. WeChat stated that it has received complaints alleging that these accounts lacked the necessary regulatory approvals to trade NFTs and digital artifacts.

Some of the banned accounts include Art Meta Yuanyishu, Yidianshuzang, Spirit Leap, Huasheng Meta, One Meta, Earth Zero, Guizang Metaverse Yuanben Space, Shenda Shuzang, iBox, and Nuofangti. Existing customers were greeted with a statement that read, “This account has no legal permit or license to publish, disseminate, or engage in related business activities.” Meanwhile, the app’s head platforms, such as Tencent Magic Core, are unaffected, fuelling the suspicion that WeChat was after small and medium scale exchanges.

WeChat had also requested evidence of licensing from a few other digital collection sites by April 1 or face shut down. According to experts, the measure does not foreshadow a regulatory shift in China’s NFT business, which is expanding but has some unsolved problems.

Unlike cryptocurrency trade and mining, which are prohibited in China, it has yet to create clear laws on NFT trading. However, because there has been an increase in speculation and incidents of fraud, Tencent’s decision might suggest increased monitoring at the corporate level. Apart from banning cryptocurrency, the Chinese government has outright prohibited initial coin offerings (ICOs) and block reward mining. The administration justified the restriction by citing high power usage and increasing pollution levels. This leaves Chinese NFT enthusiasts with their national currency yuan as a means of purchasing digital collectibles. These NFTs are also not based on a distributed ledger like Ethereum but created on other blockchains that were missed by regulators. In addition, the government also imposes some limits on the blockchain networks on which NFTs can be issued, favoring those over which it has had a significant influence in the development.

The Tencent-owned messaging platform has 1.2 billion users, making it the largest in China and one of the largest in the world. WeChat, on the other hand, has been wary of NFTs, which have taken the globe by storm, with the embryonic industry reaching $41 billion last year, almost equal to the market for fine art. As per Chinese cryptocurrency journalist Colin Wu, WeChat demands that such accounts can only display and support the initial sale of digital collectibles and barred secondary transactions. Operators must also provide proof of cooperation with a blockchain company authorized by the Cyberspace Administration of China. It is reported that WeChat has been censoring NFT operators since late February when it terminated the mini-program of TheOne.art, a local digital collectible platform that has subsequently reopened.

Many local social media platforms and online organizations have continued to amend their rules in order to restrict and, in some cases, eliminate NFT platforms entirely from their networks, dreading a government crackdown on their day-to-day operations. For example, Ant Group’s WhaleTalk NFT platform modified its rules to enhance the penalty for selling digital collectibles through an over-the-counter (OTC) desk.

On the brighter side of things, Weibo, the Chinese social media behemoth, announced the debut of TopHolder, its NFT marketplace, last week. In October, McDonald’s had released a set of 188 NFTs to commemorate the company’s 31st anniversary in China. These incidents illustrate that China’s standing on NFTs is quite vague and many are profiting from the loopholes and current lack of strict regulation.