Nowadays, YouTube serves as an excellent platform for learning programming, with video tutorials and easy access, anyone can learn Python. 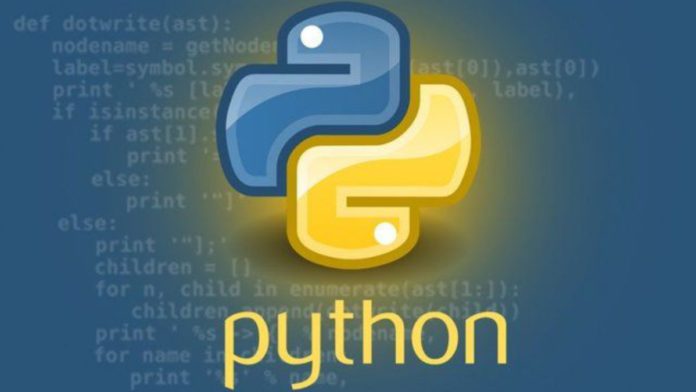 freeCodeCamp.org is a YouTube channel created by Quincy Larson in 2014 to make web development easier and accessible for anyone. FreeCodeCamp is a non-profit organization that helps in developing programming skills. It is a community with millions of people worldwide learning to code together absolutely free. The channel freeCodeCamp has 6.25M subscribers on Youtube and many more on their organization’s forum. The channel has uploaded 1300+ videos to date consisting of not only Python tutorials but also Python-related operations in deep learning and data analytics. The other domains freeCodeCamp provides tutorials for mathematics, data science, and other programming languages like Java, C, C++, and more. The videos are detailed and descriptive for at least one to two hours so that learners can catch and understand everything clearly.

CodeWithHarry is an Indian YouTube channel started in 2018 that aims to teach basics and coding techniques quickly and effectively. This is the only channel on the list which provides tutorial videos in Hindi, for which CodeWithHarry is one of the best coding channels on YouTube in the Indian region. The channel was created in 2018 by Haris Khan, a software engineer with the objective of teaching basics and techniques of coding to people efficiently, which may take years to learn. In this attempt to learn programming languages, Haris also created a website CodeWithHarry where one can find various coding courses in languages like HTML, C, C++, Python, and more. There are several Python programming tutorials available in the channel’s playlist, including Basic Python Programs, Python Data Science and Big Data Tutorials, Python Game Development using Pygame, and so on.

Programming with Mosh is one of the top YouTube channels to learn Python programming with a comprehensive and funny way of putting things. Mosh Hamedani created the channel in 2014 intending to train professional software engineers that companies love to hire. Programming with Mosh has 2.76M subscribers and has uploaded 170+ videos so far. The channel is by Code with Mosh, an e-learning provider that offers over 40+ coding courses and has taught more than 10M students until now. No doubt, the channel is popular among learners because of the essence of delivery by Mosh Hamedani. The teaching style and engagement of Mosh are both interesting and informative. Python learners appreciate his approach to breaking down complex topics to its simplest point and explaining where and why certain functions or libraries are used in the program. The channel consists of various tutorial playlists, including Python, JavaScript, Node js, and so on.

thenewboston is one of the best computer science YouTube channels started by Buckey Roberts in 2008 with the motivation to provide “tons of sweet computer related tutorials and some other awesome videos too!” as mentioned in the channel’s about description. The channel has 2.64M subscribers and 4400+ videos so far. It is a growing collection of tutorials on Docker, Ethereum, blockchain, and programming languages, including PHP, Django and more. The playlist ‘Python 3.4 Programming Tutorials’ on the channel can be a great start for beginners having basic concepts with easy-to-understand definitions. Then, learners can build real-world projects like web crawlers and scanners mentioned on the channel for practice.

Traversy Media is of the popular YouTube channels to learn Python programming for free. The channel was created by Brad Traversy in 2009 and turned into an E-learning platform Traversy Media. The idea behind the channel is ‘to show people that they don’t have to be a straight A student or a genius to learn code,’ states Brad. The channel has 1.94M subscribers and 900+ videos. The videos particularly focus on implementing programming concepts where complex concepts are broken down to show their use cases through project-based courses and tutorials. The channel presents various online web development and programming tutorials, including the building blocks of HTML, CSS & JavaScript. Also, tutorials on frontend frameworks like React, Vue and backend technologies like Node.js, Python and PHP.

CS Dojo is one of the best coding channels on YouTube, with unique code-along Python video tutorials. The code-along feature is preferred by beginners and intermediate learners, making it their stop to learn Python. The channel has 1.86M subscribers and 100+ videos and growing with its E-learning community CS Dojo. The YouTube channel CS Dojo was created in 2016 by YK Sugi, a former Microsoft intern and ex-googler. It has a playlist, ‘Python Tutorials for Absolute Beginners by CS Dojo,’ which provides the building blocks of Python programming in simple and easy ways. CS Dojo’s videos are easy to follow because of YK’s teaching style, which makes topics concise and clear and attracts a large audience. The other topics CS Dojo has tutorials for are data structures and algorithms, dynamic programming, and so on. YK includes important tips, frequently asked questions, and practice exercises in the videos, which help beginners to grasp the programming language completely. Also, the solutions to the practice exercises are provided with an in-depth explanation.

Telusko is a popular coding YouTube channel which makes learning fun and interesting. The channel was started in 2014 by Navin Reddy, senior VP at iNeuron.ai and founder of Telusko Edutech. Telusko was built with the aim of not just teaching but educating people. The channel has 1.81M subscribers and has 1600+ videos on various topics, including Java, Python, blockchain, NoSQL, and many more. The playlist ‘Python for Beginners (Full Course)’ is in the channel, where all Python concepts are covered and explained playfully and clearly. The number of videos, which is 112 on the playlist, could be overwhelming but start easy and take baby steps to learn Python programming.

Clever programmer is one of the best YouTube channels to learn Python programming. Rafeh Qazi, a full-time content creator started the channel in 2016 and has 1.17M subscribers so far, with 700+ videos on the channel. The videos are posted frequently and streaming is done for live coding projects. Rafeh then started the Clever programmer startup education platform, whose mission is to make coding simple, fun and take a project-based approach. There are many topics like Java, SQL, and Django tutorials on the YouTube channel, yet the main focus is Python programming. Several playlists are dedicated to Python and its use cases, including Python tutorial for beginners (2019), Python tips & tricks, Hour of Python – coding challenges, and more.

One of the best YouTube channels for coding Sentdex was created in 2012 by Harrison Kinsley. It offers hands-on video tutorials to learn Python programming and further train in machine learning, data analytics, robotics, web development, and more. Sentdex has 1.61M subscribers and 1200+ videos to date. Harrison is the founder of two programs Sentdex comprising of natural language processing, sentiment analysis, data mining and programming, liberating the idea to quantify the qualitative, and PythonProgramming.net, a platform for Python programming tutorials. Sentdex’s playlist is distributed among three main domains programming language basics, data analysis, and data visualization, which consists of a range of videos using Python. Moreover, the videos are helpful and can teach how to apply Python skills to solve practical problems.

Derek Banas is an extremely talented marketing consultant who started the YouTube channel Derek Banas in 2008 to help people solve their day-to-day problems. The channel is not only focused on computer science but also provides an understanding of mathematics, statistics, and different types of topics, including dungeons and dragons, marketing, WordPress tutorial, and many more. Python beginners will find the channel easy and not too technical if they are not from a computer science background, making the learning process comfortable. The unique point of this channel is the broad spectrum of videos, as Derek stated,” I make tutorials based on your requests. I will cover any topic you can imagine,” it gives the opportunity for subscribers to request videos on certain topics. In addition to the YouTube channel, Derek has a website New Think Tank, where he posts blogs on a wide range of topics.