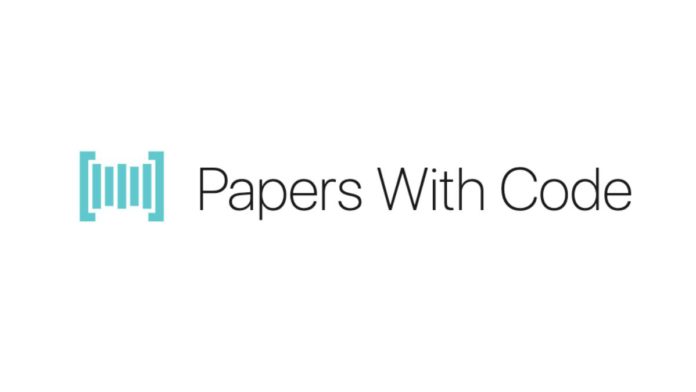 The world now realizes the value of machine learning algorithms in computing and forecasting, which has fueled a boom in machine learning research. According to the data mining blog, roughly 100 machine learning papers are published in a day on Arxiv, a well-known public repository of research papers. There are more open repositories, including Paper with Code, Crossminds, Connected Papers, and others.

List of top machine learning papers on Papers with Code

This list contains the top 10 machine learning papers available on Papers with Code.

“TensorFlow Eager: A Multi-Stage, Python-Embedded DSL for Machine Learning” paper introduces TensorFlow Eager, a multi-stage Python-embedded domain-specific language for hardware accelerated machine learning suitable for both interactive research and production. TensorFlow has shown remarkable performance but requires users to represent competitions as dataflow graphs, hindering rapid prototyping and run-time dynamism. On the contrary, TensorFlow Eager excels TensorFlow and eliminates the usability cost without sacrificing the benefits of graphs. TensorFlow Eager provides a crucial front-end to TensorFlow used to execute operations immediately and a JIT tracker translating Python functions composed of TensorFlow operations. The paper concludes by providing TensorFlow Eager that is easier to interpolate between imperative and staged execution in a single package.

Link to the paper: TensorFlow Eager: A Multi-Stage, Python-Embedded DSL for Machine Learning

Link to the paper: A Simple Single-Scale Vision Transformer for Object Localization and Instance Segmentation

“Visual Attention Network” paper proposes a novel linear attention named large kernel attention (LKA). LKA enables the self-adaptive and long-range correlations in self-attention while avoiding the three shortcomings: training images as 1D sequences neglecting their 2D structures, quadratic complexity is too expensive, and capturing only spatial adaptability but ignores channel adaptability. This research paper is authored by Meng-Hao Guo, Cheng-Ze Lu, Zheng-Ning Liu, Ming-Ming Cheng, and Shi-Min Hu. The research is an attention VAN based on LKA, which is similar to ViTs and convolutional neural networks (CNNs). This paper shows that VANs outperform ViTs and CNNs in extensive experiments for tasks like image classification, semantic segmentation, pose estimation, and more.

The “A ConvNet for the 2020s” paper revolves around visual recognition tasks and introduces vision transformers or ViTs. The ViTs were found to overthrow ConNets or CNNs, the state-of-the-art image classification models in the 20s. Although ViTs showed great performance and gained popularity, ViTs got issues when applied to general computer vision tasks like objection detection and semantic segmentation. This paper contains the diligence of Zhuang Liu, Hanzi Mao, Chao-yuan Wu, Christoph Feichtenhofer, Trevor Darrell, and Saining Xie to reexamine design spaces and test a pure ConvNet. The paper shows a gradual modernization of a standard residual network (ResNet), directing it to the design of a vision transformer. The conclusion of the paper brings out a family of pure ConvNet models called ConvNeXt. ConvNeXt models are entirely constructed in ConvNet and use depthwise convolution, which can achieve accuracy and scalability similar to transformers or even outperforms the vision transformers.

“Scikit-learn: Machine Learning in Python” is an old research paper released in 2012 that proposes the famous Python module Scikit-learn or Sklearn. The module integrates a wide range of state-of-the-art machine learning algorithms for medium-scaled supervised and unsupervised learning tasks. The creation of Sklearn was done by David Cournapeau, who is a co-author of this paper, and a group of researchers known as the Scikit-learn community. Also, the Scikit-learn website provides source code, binaries, and documentation. The package aims to help non-specialists implement machine learning using a high-level language. The focus of the paper remains on the package being user-friendly, great performance, documentation, and API consistency. The outcome of the paper is the popular Scikit-learn module which makes an essential Python library for building machine learning models today.

Link to the paper: Scikit-learn: Machine Learning in Python

“Adapting the Tesseract Open Source OCR Engine for Multilingual OCR” is the machine learning paper where the authors Ray Smith, Daria Antonova, and Dar-Shyang Lee describe efforts to adapt the Tesseract open source optical character recognition (OCR) engine for multiple scripts and languages. The focus was centered on enabling generic multi-lingual operation, so there is negligible customization for new language beyond providing a corpus of text. The paper concluded to find that the Tesseract classifier easily adapts to simplified Chinese, and tests on English, European, and Russian languages were run and calculated a consistent word error rate between 3.72% to 5.78%.

Link to the paper: COLD: A Benchmark for Chinese Offensive Language Detection

Gender classification algorithms are useful in domains like demographic research, law enforcement, and human-computer interaction. Recent research showed two issues in gender classification, biased benchmark datasets result in algorithmic bias, and the emergence of gender minorities like LGBTQ and non-binary has been left out in gender classification. The paper “Gender Classification and Bias Mitigation in Facial Images” sheds light on the two issues mentioned above. Through surveys conducted under this paper, it was discovered that the current benchmark datasets lack representation of gender minority subgroups, so bias occurs. Here, two new facial image databases were created, a radically balanced inclusive database with the addition of LGBTQ subset and an inclusive gender database collectively with non-binary people. In the paper, an ensemble model was created and evaluated, producing an accuracy of 90.39%.

Link to the paper: Gender Classification and Bias Mitigation in Facial Images

Deepfake defense requires research of detection and the efforts of generation methods, and the current Deepfake methods have obscure workflow and poor performance. The “DeepFaceLab: Integrated, flexible and extensible face-swapping framework” paper introduces DeepFaceLab as a solution to Deepfake defense issues. DeepFaceLab is the current dominant deepfake framework with the necessary tools to conduct high-quality face-swapping. Here, the focus is on the implementation of DeepFaceLab with detailed principles and introduces the whole control over pipeline from where one can modify to have customized pipelines. The performance of DeepFaceLab is excellent, and it can achieve cinema-quality results with high fidelity.

“Generalized End-to-End Loss for Speaker Verification” paper proposes a new loss function called the generalized end-to-end (GE2E) loss. This paper found that the GE2E loss function is more efficient than previous tuple-based end-to-end (TE2E) loss functions in the training of speaker verification models. GE2E loss function updates the network focusing on examples that are difficult to verify at each step of training and so do not require the initial stage of example selection. With the GE2E loss function, the model decreases speaker verification EER by more than 10% and simultaneously reduces the training time by 60%. Also, the paper introduces the MultiReader technique allowing domain adaptation, in which a model can be trained more accurately with the support of multiple keywords and multiple dialects.

Link to the paper: Generalized End-to-End Loss for Speaker Verification