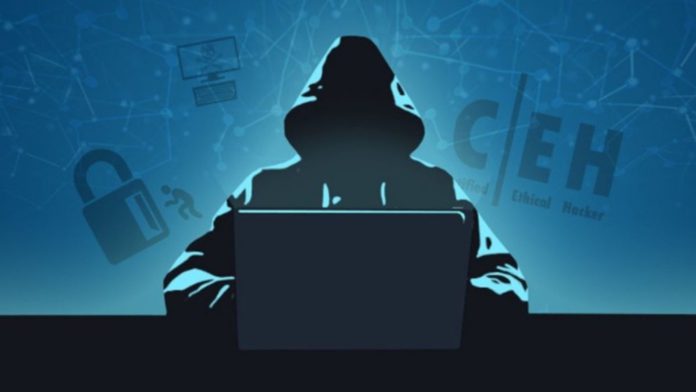 Ethical hacking is a technique to find vulnerabilities and weaknesses in a system or computer network. A research pointed out that more than 90% of attacks happen on the inside, which shows that invading a computer network is not very arduous. In recent times, Python has emerged as the preferred language for ethical hackers to write scripts and automate structured processes. Python is a scriptwriting language that has gained popularity because it is very user-friendly, and has powerful libraries. NASA’s space machines are also developed using Python. Hacking with Python gives one several advantages like access to nifty python libraries. Here we present to you our list of the top 10 free resources to learn ethical hacking using Python.

Hacking with Python is a book written by Steve Tale and is publicly available on the internet. The guide will teach you the correct way of using Python to create hacking tools. It will also teach how to utilize all the available resources developed using the programming language. The book doesn’t require readers to have prior experience with Python, as it focuses on the basic concepts of programming with Python. The book will also help to understand common methodologies that hackers use to misuse vulnerabilities or strengthen security. This guide would enable readers to develop their own hacking script using Python and tweak existing scripts according to their requirements.

Developing Ethical Hacking Tools with Python is a free online course offered by Cybrary. The course will teach how to combine multiple Python libraries related to cybersecurity, which will enable learners to build automated information gathering processes. The course will also teach the proper way of coding a keylogger and how to develop a ZIP password bruteforcer using Python. It is a one hour twelve minutes online course consisting of five-minutely designed video modules. The course is flexible in nature, which means learners can view the sessions whenever they want. The course has short videos spread across various modules. On completion, learners will receive a recognized certificate from Cybrary, which would aid them in their careers in cybersecurity.

Python for Ethical Hacking is a free online course developed by Mindsmapped. It is a three-hour-long video course having three modules. The modules are further divided into smaller sections to help learners to watch them over a period of time. The hacking with python course has been instructed by Alexis Ahmad. He is the founder and CEO of a leading cybersecurity consultancy, HackerSploit. Ahmad has more than six years of experience in the field of cybersecurity and four years of experience in web and android development. The course has already trained above 100,000 in ethical hacking with Python. It has also been able to maintain a five-star rating since its launch. The free online course will explain how to create ethical hacking tools and scripts using Python. Learners will also be able to apply the scripts into Kali Linux, which is an open-source Debian-based Linux distribution, to test computer systems or networks.

This is a complete three and a half-hour long online video course available for free on YouTube. The course will teach the learner many important topics regarding hacking with Python, which includes Virtual Box installation, Guest additions installation, Kali Linux installation, Python in Kali terminal, stealing saved wireless passwords, and saving passwords in a file. Learners will also get to know about bruteforcing any login page, bruteforcing Gmail, finding hidden directories, discovering sub-domains, changing HTTP headers, controlling threads, coding run function, printing usage and testing, and lots more. The video is available on a YouTube channel named Joseph Delgadillo. The course is also available on Udemy with the title Master Ethical Hacking with Python.

How to learn Ethical Hacking with Python and Kali Linux course

This is a free ethical hacking learning course available on YouTube on a channel named Wealthy_Knowledge_Shares. It is an eleven-hour online video course that features a pre-assessment quiz having questions from various concepts involved in ethical hacking to test the knowledge of the learner. The course requires the learners to have a basic knowledge of information technology. The video course talks about the fundamentals of risk management and duster recovery. The course will enable the learners to gain a comprehensive understanding of vulnerability assessment and several other tools related to cybersecurity. Additionally, the course also teaches how to configure Linux for pentesting, which includes information about the tools used to pentest Linux systems along with advanced exploitation techniques.

This is a unique comprehensive course for beginners who are planning to learn ethical hacking using Python. The course has been meticulously designed by an expert ethical hacker and computer scientist, Zaid Sabih. No prior knowledge of Python is required to pursue this course. It mainly focuses on the practical usage of Python but also briefly ponders about the theory section. The free course is divided into numerous sections that teach different concepts of hacking. By the end of the course, learners will become capable of writing hacking programs for keyloggers, credential harvesters, website hacking tools, network hacking tools, and many more. Learners will also gain an in-depth understanding of how to model problems and to design algorithms to solve those.

This is also a free online video course available on YouTube on the channel Aleksa Tamburkovski. It is a four hour-long detailed course that even beginners can join. The course is carefully divided into six sections. In the first section, the course will teach learners about the virtual box, Kali Linux, and how to install pycharm in Kali Linux. The following sections will include topics like port scanning, vulnerability scanning, SSH brute-force, ARP spoofing, and power sniffing.