With its easy-to-learn and understand property, Python comes on top of a coder's arsenal. We have a list of top Python programming books one can pick and start coding. 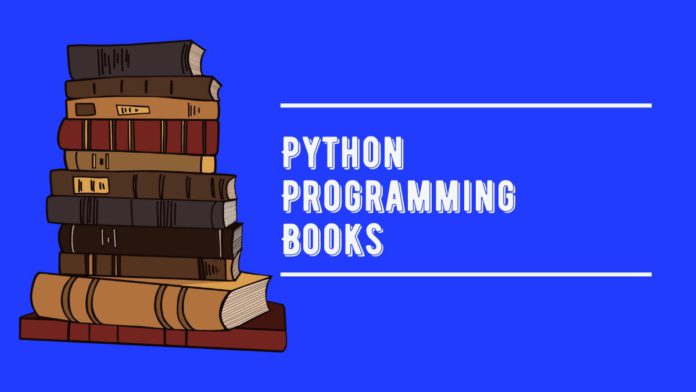 Python is one of the most popular and basic interpreted programming languages. The reason why most people favor Python is that the usability of Python is limitless. It can be applied to any programming task and used for web development, machine learning, or complex data analysis. With its easy-to-learn and understand property, Python comes on top of a coder’s arsenal. The popularity of Python is only increasing daily, which makes newcomers opt to learn Python. There are many resources for learning the Python programming language, including books, video tutorials, online courses, etc. Here, we have a list of top Python programming books one can pick and start coding.

‘Python Crash Course’ by Eric Matthes is a Python programming book for beginners with a comprehensive and project-based introduction to Python language. This book provides the fundamentals of Python, including Python elements and data structures. This book remarks that it concentrates on the basics and the application of everything you learn. The book has two sections; the first covers different data types & how to work with each data type, logical (if & while) statements, then follows dictionaries, functions, classes, file handling, and code testing & debugging.

The second section contains three major projects and some fun and clever implementations of the knowledge you gained in the previous section. The first project is an Alien invasion game, specifically the space invaders arcade game, where you develop the game using pygame package. The second project is based on data visualizations, including working with matplotlib & pygal packages, random walks, rolling dice, graphs & charts, and a bit of statistical analysis. This project aims for you to interact with web APIs, deal with various data formats, and retrieve & visualize data from GitHub. The third project is a simple creation of a web application using Django. Step by step, this project guides you through installing Django, designing models, creating an admin interface, setting up user accounts, managing access controls, styling your entire application, and deploying it to Heroku. Well, it seems a lot, but this book makes it easier with well-written and organized content & exercises.

This book is available on Amazon.

‘Head First Python: A Brain-Friendly Guide’ by Paul Barry uses an easy-to-learn approach that is a visually rich format to engage the mind, based on the latest research in cognitive science and learning theory. This multi-sensory learning approach focuses on how your brain works, making the book very engaging and easy to read. The book starts with basic concepts of lists and how to use & manage them. Then discuss modules, errors, and file handling with a unifying project of building a dynamic website for a school athletic coach through a common gateway interface (CGI). It covers a range of Python tasks using data structures and built-in functions, making the learning process more accessible, painless, and effective. This book will teach you to build your web application, database management, and exception handling with other fundamentals.

This book is available on Amazon.

‘Python Programming: Using Problem Solving Approach’ by Reema Thareja is a detailed Python textbook designed to fulfill a first-level course in Python programming. The book contains 12 in-depth chapters related to Python and more. The first two chapters introduce computers and problem-solving strategies, and object-oriented programming. The highlight of the book is that the concepts include illustrations for easy depiction and understanding, and numerous examples are provided with the outputs to help students grasp the art of writing code. Further, the chapters review the basics of Python programming, decision control statements, functions, Python strings revisited, data structures, and classes and objects. The unique point of this book is the notes and programming tip markups that indicate the important concepts and help readers avoid common errors while coding. The last three chapters of the book discuss the other topics in Python scripting, including inheritance and polymorphism, operator overloading, and error and exception handling.

Get the book on Amazon.

‘Automate the Boring Stuff with Python’ teaches Python 3 is for all types of learners, from beginners to experienced programmers. This book doesn’t need the learner to have any prior knowledge of Python or programming, anyone can learn from it. It is one of the best-selling Python programming books that help you master the fundamentals of Python. The book explores several library modules for the use case of tasks like data scraping, reading PDF & word documents, and automating clicking & typing. It covers the fundamentals and core concepts of Python in the first eleven chapters and then dives into web scraping, working with excel spreadsheets, google spreadsheets, PDF & word documents, etc. The level of tasks is divided so that you can create Python programs once you master Python programming basics. Then perform automation exercises to search for text in file/files, create, update, move or rename files, search the web & download online content, etc. The book focuses on the jobs that take hours to complete when done manually, so by using Python, you can automate the process and perform the same task in minutes.

The PDF of the book is available on the official website, or buy it online on Amazon.

‘Python Programming for Beginners: 2 books in 1 – The Ultimate Step-by-Step Guide To Learn Python Programming Quickly with Practical Exercises’ is one of the Python programming books for beginners that delivers what it promises in the title itself. The book is written by Mark Reed, which is a very short and concise book with a step-to-step guide. In this fast-paced world, the learning process seems lengthy and boring, but this book aims to make the process of learning Python programming simpler and faster. The book is intralinked, meaning the previous chapters hold importance for the upcoming chapters following an overall step-to-step approach. The chapters in this book consist of algorithm and information processing, working with Python strings, math functions in Python, file processing, and more. Along with theories and explanations of Python, the book comes with a dynamic and interactive guide to executing the codes learned.

The book is available online on Amazon.

‘Think Python: How to Think Like a Computer Scientist is one of the free Python programming books written by Allen B.Downey, an American computer scientist. It introduces Python programming and is designed to define all core terms and then develop each new concept in a logical progression. The book aims to teach how coders or expert programmers think about coding. This hands-on guide will walk you through a step-by-step process of beginning a programming journey, the basic framework, and the terminologies in programming, then move to advance topics of functions, recursion, data structures, and object-oriented design. This book covers a wide range of content that other books on Python do not touch. These overlooked topics discussed in this book are operator overloading, polymorphism, analysis of algorithms, and mutability versus immutability. The latest edition, the book’s second edition, packs four major projects providing a practical case study for learners to understand and implement code. This book offers a hands-on programming experience as you learn them and is best suited for beginners, self-learners, and working professionals who have a zeal for Python programming.

You can buy the book on Amazon.

The name says it all, ‘Fluent Python: Clear, Concise and Effective Programming’ is a book that will make you fluent in Python programming language. The author, Luciano Ramalho, is a web developer and runs his own Python training company. When other Python programming books focus on details and working of a code script, this book has a basis on the Python core features & libraries and shows how to make your code shorter, faster, and more readable simultaneously. The book is focused on intermediate Python programmers who have a solid foundation and want to upskill to the next level and also the experienced programmers who work on other programming languages and want to learn Python to perform the same tasks. The highlight of this book, among other Python programming books, is the organization of topics, such as each section is independent and doesn’t need to cover prior chapters to go into it. The chapters are divided into six sections; prologue, data structures, functions as objects, object-oriented idioms, control flow, and metaprogramming. This book is exceptionally approachable as each chapter contains code examples and numbered call-outs linking lines providing helpful descriptions. It is a hands-on guide helping programmers to write Python code using the best features of the languages.

Get the book from Amazon.

The book ‘Elements of Programming Interviews in Python: The Insiders’ Guide’ is to test what you know about Python. It contains a set of 250 challenging problems to test your Python skills, which are often asked at interviews at top software companies. The problems asked in the book have illustrated 200 figures, 300 tested programs, and 150 additional variants followed by detailed solutions. Further, the book summarizes theory-based interview tips and practice questions. This is one of the Python programming books that helps to brush up on your Python concepts, including data structures and algorithms.

You can get a sample of the book from the official website or buy it online on Amazon.