The gaming industry was valued at USD 198.40 billion in 2021 and is expected to grow to USD 339.95 billion by 2027. During the COVID-19 pandemic, many people turned towards games, and the demand for game developers has increased tremendously. According to Glassdoor, the salary range of a game developer is ₹ 3 Lakhs to  ₹ 13 Lakhs. Whether planning to develop games as your primary occupation or as a side hustle, learning to code with the rights software language is essential. Here is a list of the top game development programming languages you can choose for game development.

C++ is a famous and well-known software language used by game designers to develop central console and Microsoft Windows games. It is an object-oriented programming (OOP) language that organizes the program into reusable units called classes and objects. These objects are movable and reusable, but you can make them unique by modifying their properties. Due to this reason, they are mainly used to code complex games without the need to start from scratch. C++ is more suitable for PC or server-based games and is highly effective when used with Unreal Engine as it enhances the tools and features of the engine.

It offers a superior level of abstraction that offers direct control over graphical and hardware processes, making it one of the most used game development programming languages. C++ has a very high level of optimization due to which its execution speed is fast. Game developers use a game engine where they can make and host their interactive world. There are pre-existing engines available for those who are time and resource intensive. However, the flexibility is similar to that of a commercial game engine. C++ has been used to build many popular games like Counter-Strike, Starcraft, Master of Orion III, and Football Pro.

Developed by Microsoft, C# (pronounced as C-sharp) is a simpler and more accessible software language than C++. It is a high-level language that is easily understandable, and its semantics supports code reusability making it efficient as a game development programming language. The compiler reduces the runtime errors by throwing warnings in advance to the programmers. C# is the default software language for Unity 3D, a well-known gaming engine. In 2021, Unity 3D was the engine choice for 61% of game developers, making it the top game engine of the year. It is the powerhouse and foundation of various mobile games like Temple Run 2 and Pokémon Go.

Game Developers often write their programs in C#, as it is highly expressive and follows the object-oriented architecture making it long-term and easy to maintain. It is powerful at building Windows desktop applications and Playstation games. Those developers who do not want to start from scratch can use C# to make a game, as this video game scripting language is the best way to build custom moves and interactions within a gaming environment. C# can be used as a backend language for communication with the server, for example, when a user makes a move in a multiplayer game and C# will instruct the server on how to interpret that action.

Developed in 1995, JavaScript is one of the most used languages in the world (69.7%), according to Stack Overflow’s 2020 Developer Survey. It is primarily used for web development to make interactive and dynamic elements for web pages. About 97% of the websites use JavaScript as their client-side scripting language, but it is also one of the best languages for creating dynamic online games. Currently, the online games run on a core web technology, HTML5, which packages along with JavaScript programs. Developers can create games on web browsers and mobile platforms like Android and iOS.

Being a highly versatile software language, Java is generally used by small game development companies. However, it has been used to develop some of the most popular Android and iOS games like Mission Impossible III and Minecraft. Additionally, it is a cross-platform language, hence can be executed on any operating system like Linux and Microsoft. Java is easy to understand, beginner-friendly, and equipped with a rich collection of open-source resources, making it simple to develop programs. It is an object-oriented programming language and hence supports reusable system-agnostic programming.

Developed in 1991 by Guido Van Rossum, Python is currently one of the most used software languages in the world as it is expressive, quick to learn, and you can use it in multiple fields. For instance, it is used for developing websites and software, automation, testing, machine learning workflows, data science, etc. Python is a high-level language, implying that the syntax is English-like which is easy to understand and is very beginner-friendly. It is as popular as Java or C++ but is not used widely in the game development industry. However, for new developers who want to learn game development, Python is the best programming language for games for beginners.

Python has a free library, PyGame, specifically designed for game development. It is readily available and can be installed on macOS or Windows in a few minutes. PyGame is built on top of a highly portable SDL (Simple DirectMedia Layer) development library, providing cross-platform functionality. Developers can easily handle the graphics and logic of the game without focusing on the backend development for video and audio components. Some famous games developed in Python include Eve Online, Disney’s Toontown, and Battlefield.

Created in 1993 by Tecgra, a computer graphics technology group in Brazil, Lua is a programming language for extending software applications to meet the increasing requirements for personalization. Lau is not used extensively like other game development programming languages as it performs poorly in community engagement and the market standard. Although the growth of Lua language is flat-lined, but it is better than Python for game development. In comparison to Python, Lua provides more support for mobile games and is easier to learn.

Lua is exceptionally lightweight and has a small memory footprint that does not cause any sort of drag in the game. It can also be executed on virtual machines, making it efficient and fast. Lua is highly embeddable, so developers can effectively integrate it into multiple applications. Love2D is a free game framework that uses Lua and is an excellent learning tool for new game developers. Many popular games like Angry Birds and Age of Conan have been developed using the Lua programming language.

Read more: Microsoft Defender Is Getting an AI Upgrade

Unreal engine is the world’s most popular, advanced, and open source real-time 3D creation tool for developing realistic visual and immersive game environments. It is a complete collection of tools for architectural automotive visualization, television content development, simulation, and various real-time applications. For game development, the Unreal engine developed a software language called UScript or UnrealScript. It supports diverse platforms like Microsoft Windows, Linux, Android, and Playstation. Note that UnrealScript is the supported programming language for Unreal Engine 3 and Epic Games in 2014, stating that it is not backed by Unreal Engine 4.

Similar to Java and C++, it is object-oriented in semantics but does not support multiple inheritances. Due to this, game developers easily understand and can program in this script. It is used within the context of a game, and some of the methodologies differ from traditional programming principles. For instance, it has no fundamental constructor or destructors for objects, confusing to programmers who are used to standard software programming. However, once you have understood the concept of UnrealScript, it is effortless to modify or add new components to the development. Advent Rising, The Wheel Of Time, and Batman-Arkham Knight are some of the games developed by UnrealScript.

For those who have recently started coding or have little to no experience in the programming, can opt for beginner-friendly programming languages. Python, JavaScript and Java are some of the best programming language for games for beginners. Once you are well acquainted with topics like OOPs, data structures, and algorithms then you can jump into development of some basic games like tic-tac-toe or hangman. However, if you are an intermediate or advance programmer, you can directly start with game development in the software language of your choice. 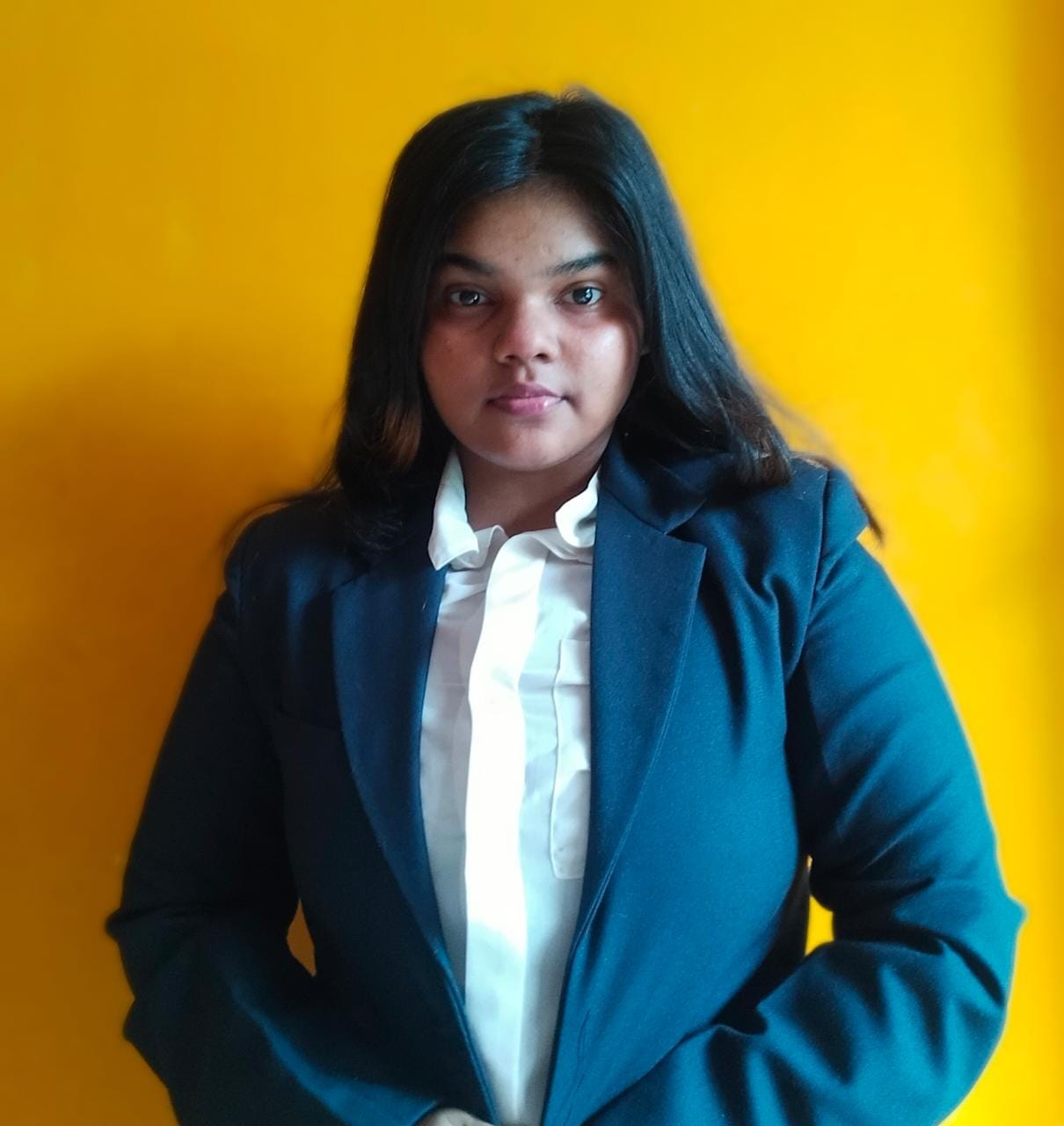 Vidhi Shah
An EXTC engineer who is fond of creating technical content, fitness and dogs.