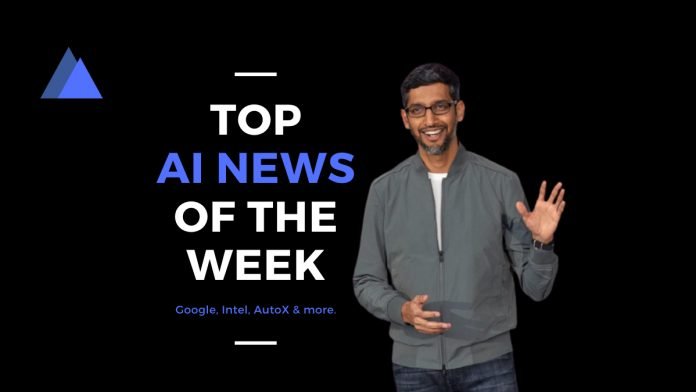 You might have heard of robots replacing humans, but this week it was the other way around as Walmart removed robots to replace with humans. Nevertheless, other machine learning-based systems are penetrating into human workflows and setting them free from repetitive or non-creative tasks like driving cars, extracting values from documents; while Goole launched DocAI platform to process unstructured data, AutoX will expand its testing of autonomous vehicles to four more cities. This week in AI news has more exciting announcements and developments–read more.

Here are the top AI news of the week: –

Google introduced a DocAI platform to automatically extract information from documents. Unstructured data have valuable information, but organizations fail to streamline the process of gaining value from it, as processing unstructured data is a strenuous task. Addressing this challenge, Google is offering DocAI platform through GCP to quickly collect information like address, name, date, and more. To collect data, you can either use default parsers or make a customized template. You can currently use generalized parser like OCR, form parser, and document splitter but will have to request access to leverage specialized parsers.

At the time of termination of the contract with Bossa Nova Robotics, Walmart had 500 robots in 4,700 stores to check stocks of products on shelves. The robots used to wander in stores and notified in case of probable out-of-stock circumstances. However, Walmart believes that humans can be more efficient than robots in scanning shelves while being cost-effective. In a recent interview with Squawk Box, Doug McMillion, CEO of Walmart, noted that one of the challenging tasks is to ensure products are in-stock.

Intel acquired cnvrg.io, an end-to-end machine learning platform, to help data scientists deploy models at scale. cnvrg.io is an Israel-based company that assists organizations in quickly bringing AI-based products to the market. As per a spokesperson of Intel, cnvrg.io will remain an Intel independent firm and continue to serve its clients. Intel, with cnvrg.io, will now compete with the likes of DataRobot, Databricks, Dataiku, and others, with an end-to-end data science platform. cmvrg.io is now Intel’s second accusation in two weeks after SigOpt.

AWS Announces The Expansion Of Its Cloud Service In India

AWS will add another AWS Region in Hyderabad, Telangana, by 2022. This will be the second region in India after Mumbai, which was opened on June 27, 2016. Currently, AWS has 24 regions across the globe to ensure the speed and reliability of its services. The Hyderabad region will have 3 Availability Zone (AZ), making it a total of 6 AZ in India. AWS has plans to add another 15 AZ across India, Indonesia, Japan, Spain, and Switzerland. Google is also working on commissioning its second cloud region in India, which will be launched next year.