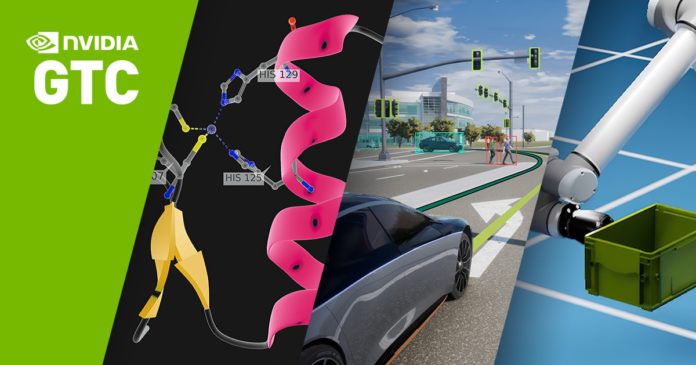 NVIDIA GTC 2021, one of the largest artificial intelligence conferences, was kickstarted on April 12 with several announcements by Jensen Huang, co-founder and CEO of NVIDIA. Unlike in the past, NVIDIA GTC 2021 was free for any enthusiasts to attend. The free pass not only allowed people to watch the live sessions but also engage with other attendees.

Here are the top announcements from the NVIDIA GTC 2021: –

“We are building virtual worlds with NVIDIA Omniverse — a miraculous platform that will help build the next wave of AI for robotics and self-driving cars,” Jensen Huang, co-founder and CEO of NVIDIA. NVIDIA Omniverse is multi-GPU real-time simulation and collaboration platform for the 3D ecosystem.

With NVIDIA Omniverse, organizations can effortlessly integrate other technologies from NVIDIA to augment the development workflows. NVIDIA Omniverse consists of Nucleus, Connect, Kit, Simulation, and RTX Renderer to make it suitable for most of the AI-workloads for self-driving cars and robotics. One can also integrate third-party digital content creation (DCC) to further extend the capabilities of the NVIDIA Omniverse ecosystem and build state-of-the-art applications.

NVIDIA’s acquisition of ARM is allowing the largest graphic processing chips provider to become a one-stop shop for all the artificial intelligence processing requirements. The company introduced NVIDIA Grace — a breakthrough data center CPU for AI and HPC workloads. According to NVIDIA, the Grace CPU leverages the flexibility of Arm architecture to deliver up to 30x higher aggregate bandwidth than the current servers and 10x the performance for applications running terabytes of data. “NVIDIA is now a three-chip [CPU, GPU, and DPU] company,” said Jensen at GTC 2021.

The increase in demand for AI-based solutions has caused strain on the cloud infrastructure to deliver the requested resources at scale, leading to the development of data processing units (DPUs). At GTC 2021, one of the top announcements was about NVIDIA BlueField-3, which will have 22 billion transistors, provide 400 Gbps networking, and integrate 16 Arm CPUs. NVIDIA BlueField-3 will offer 10x the processing capability of its predecessor, BlueField-2. NVIDIA also announced its first data center infrastructure SDK — DOCA 1.0 to — help enterprises program BlueField.

NVIDIA introduced an advanced DGX system called DGX SuperPOD, a fully integrated and network-optimized, AI-data-center-as-a-product. Several DGXs are a part of top supercomputers around the world. Even the fifth-largest supercomputer of the world, developed by NVIDIA, uses 4 DGX SuperPODs. The company also upgraded the existing DGX systems like DGX Station to expedite the process of supporting researchers develop advanced products.

Transformer-based machine learning models like GPT-3 and Microsoft’s Turing-NLG have billions of parameters. However, these take a huge amount of computational power to build models that can process a wide range of tasks like generating code, summarise documents, superior chatbots, and more. “Model sizes are growing exponentially at a pace of doubling every two and half months,” said Jensen at GTC 2021. To allow developers to build large-scale models NVIDIA announced Megatron.

NVIDIA Megatron consists of Trition Inference Server, which will allow the distribution of large models effectively to users, thereby assisting in delivering output within seconds instead of in minutes.

NVIDIA announced Morpheus, which tracks the infringements in networks and collects the information that are exposed. Morpheus can visualize the entire network system and notify the absence of security and how it is impacting other applications. With Morpheus, organizations can reduce the manual efforts required for evaluating networks across the enterprise.

NVIDIA also introduced new pre-trained modes — Jarvis (Conversational AI), Merlin (recommender system), Maxine (virtual collaboration), and others — as well as a platform called TAO that will allow developers to further enhance the performance of the pre-trained models from NIVIDIA with their own data. Fleet command, another offering of NVIDIA, can be leveraged to securely monitor and deploy applications at the edge.

NVIDIA Drive AV is an open programmable platform that will empower developers to build products for self-driving vehicles and robotics. NVIDIA Drive AV is a full-stack platform for every need of self-driving car manufacturers. NVIDIA is committed to further improving the platform and has released Orin, an autonomous vehicle computer. “Orin will process in one central computer the cluster, infotainment, passenger interaction AI, and very importantly, the confidence view or the perception world model,” said Jensen.