Largest Data Centers in the World

The majority of data centers are located in six countries, including the US, the UK, Germany, China, Canada, and the Netherlands. 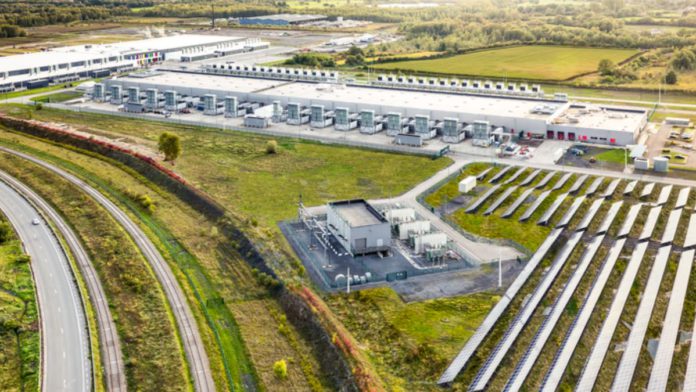 The new era of connectivity has resulted in producing massive amounts of data globally, and we need data centers to handle it. Data centers centralize IT operations and hardware for data distribution, processing, storage, and more. According to the United States International Trade Commission, a report in 2021 revealed that there are over 8,000 data centers around the world. And the majority of data centers are located in six countries, including the US, the UK, Germany, China, Canada, and the Netherlands. For a decade, Government and corporate organizations have been spending hundreds to billions on the construction of data centers in light of the data industry’s rapid expansion. Some data center operators believe that the bigger is better. Here is a list of the largest data centers in the world that will help us determine how much of this is accurate. The list includes the world’s biggest data centers that have been established and are currently operational.

The Inner Mongolia Information Park is the world’s largest data center, with 10,763,910 (10.7 million) square feet, and sits on the Beijin-Tianjin economic circle radiation belt. The data center is owned by China Telecom Corporation Limited, which contains a cloud computing data center, call centers, a data warehouse, offices, and living quarters. Additionally, the data center secures over 50% market share in the Chinese data center market. China Telecom is one of the largest providers of integrated telecommunication services around the world. The company was established in 2012, headquartered in Hong Kong, China, and now has a presence in 41 countries and regions. It offers a high-performing global network for international carriers, overseas customers, and multinational enterprises with the vast resource of 47 submarine cables, 95T in intercontinental capacity, and 230 points-of-presence (PoPs) spread worldwide. China Telecom provides a wide range of services, including a portfolio of high-quality, integrated communications solutions, broadband, internet data centers, multi-domestic MVNO (mobile virtual network operator), ICT services, global IoT connectivity service, and more.

The Hohhot Data Center is part of the Inner Mongolia Information Park, contributed by China Mobile International Limited (CMI). CMI is a subsidiary of China Mobile, a Chinese state-owned mobile telecommunications company. The CMI company was established in 2010 to provide better services in the demanding international telecommunications market. Along with the support of China Mobile, CMI has turned to a trusted partner delivering comprehensive international telecom services and solutions. As the telecom needs to transfer and process massive data, the company invested in the Hohhot Data center, one of the world’s largest data centers. The data center is spread over 7,750,015 (7.5 million) square feet that consist of numerous modules which expand the already giant facility and provides concentrated network management, enterprise services, and research and development innovations, including TD-LTE 4G networking and cloud computing.

The Citadel Campus Data Center is one of the prime data centers owned by Switch, located in Tahoe Reno, Nevada. The data center acquires 7.2 million square feet and has up to 650 MW of power using only renewable energy. With its innovative design, development, and mission-critical operations, Switch has one of the world’s largest data centers, the Citadel Campus data center. The data center has its fiber network, a proprietary tri-redundant UPS power system, and a 24×7 DDoS (distributed denial of service) attack mitigation platform. Switch is a global technology and data center service provider founded in 2000 by Rob Roy that develops and operates SUPERNAP data center facilities. Also, the company provides co-location, telecommunications, cloud services, and content ecosystems. Switch empowers the ideas of intelligence and sustainable growth of the Internet and has raised industry standards for data center design, construction and operation to a level of Tier 5 Platinum or Tier Elite.

Utah Data Center (aka Bumblehive) is the first intelligence community comprehensive national cyber security initiative (IC CNCI) data center built under the National Security Agency (NSA) of the United States Intelligence Community. It was built to support the intelligence community’s efforts to monitor, strengthen, and protect the nation. The data center scales around 1.1 million square feet in Utah, the United States and serves as the massive data repository for the NSA. Although the data capacity size of the Utah data center is classified, it will expand in the future and claims to have an ultimate capacity of alottabytes. Additionally, the data center is powered by massively code-breaking supercomputers and uses NSA’s PRISM data, which makes it the most powerful data center in the world.

Digital Realty’s Lakeside Technology Center is a data center located in Chicago, Illinois, which is one of the largest data centers in the world. The data center was built in 1917, covering an area of 1.1 million square feet, and it uses 53 generators and 8.5 million gallons of coolant annually, a unique cooling for buildings. The industrial strength of the data center is 100MW, provided by four fiber vaults and three electric power feeds. Digital Realty Trust, Inc, a real estate investment trust, owns the data center and serves tech giants like IBM and Facebook. The trust operates in over 225 data center sites worldwide, including Asia, the United States, Europe, Canada, and Australia. Digital Realty is riding the waves of digital transformation by innovating ideas around data and introducing a PlatformDIGITAL, where companies and data come together despite any size. The platform has embarked on a new initiative around data where businesses, partners, and creators can go faster, invent, and expand globally.

Tulip Data Center, or Tulip Data City, is one of the largest data centers in the world, located in Bangalore, India. The data center was built in 2012 and was over 1 million square feet owned by Tulip Telecom Ltd, an Indian telecommunications service provider. It was set up in collaboration with IBM to support the connection for the 2,000 locations Tulip has reached within India. The data center has four towers, each tower consists of seven floors, of which five are assigned as data center space, and the rest are housing facilities. In total, the four towers houses 20 enterprise modular data centers and, at full capacity can have the industrial strength of 100MW power. The design of the data center is aimed at getting Seismic Zone 4 specifications and the widest range of physical security features, video camera surveillance, and security breach alarms. Over the past decade, some of the top data centers in India have been built, and more hyper-scale data centers are planned by tech giants like Microsoft and AWS.

Integrate Seattle is a flagship data center of Sabey Data Centers (SDC) located in Seattle, Washington State. The data center has a high-performance design and is built upon the foundations of sustainability, security, and durability. It has a Tier III standard with hydroelectric power and reliable features, including up to 1500kW of critical power per suite, electrical backup systems, 2.5MW capacity generators, and aggregate power of over 90MVA through redundant feeds. Overall, Integrate Seattle has every deployment need, such as low-cost renewable power, efficient cooling, robust connectivity, operational excellence, convenient location, and room to grow. The data center is one of the biggest data centers in the world under SDC. SDC company is the longest-lived multi-tenant and a leading provider of data centers around the world. The company owns, develops, and operates all of its data centers with its large financial partners. SDC is known for its commitment to client satisfaction, for which they provide every service, including design, construction, commission, operation, and support.