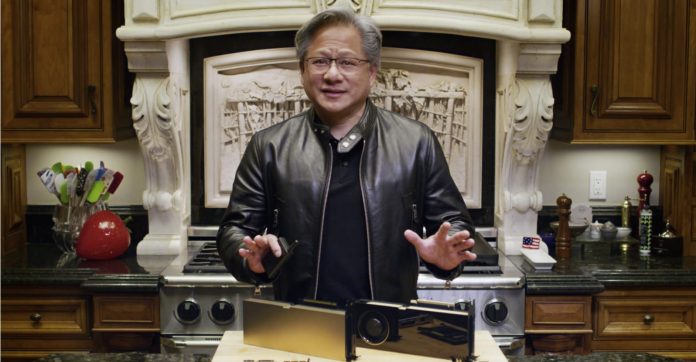 Here are the top announcements from NVIDIA GTC 2020: 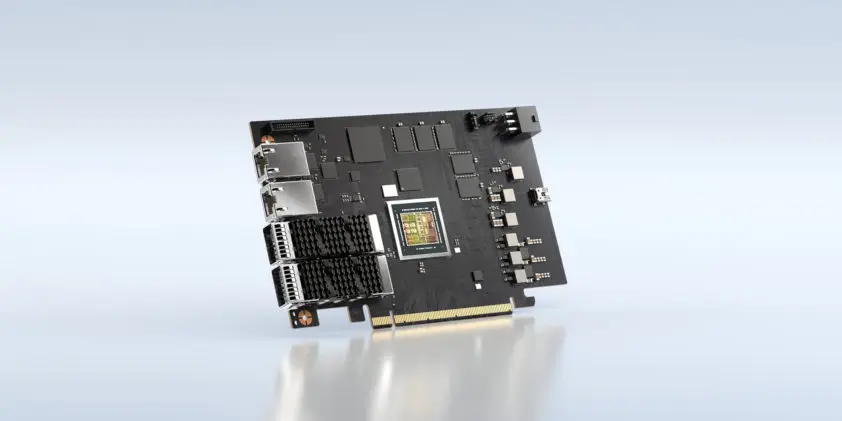 Today, when the world relies highly on cloud computing, cloud providers need a processor to handle the increased workloads effortlessly. Huang said that 20 to 30 percent of CPU cores are utilized to manage the data center’s infrastructure. To mitigate such challenges, NVIDIA released BlueField 2 DPU, a programmable processor powered with Arm cores, to effectively manage the cloud’s workloads.

Huang also mentioned that the successor of BlueField 2. The third and fourth generation of DPU would further enhance network management in the cloud. While the former is almost finished, the latter will be released in 2023 and will support CUDA parallel programming platform. 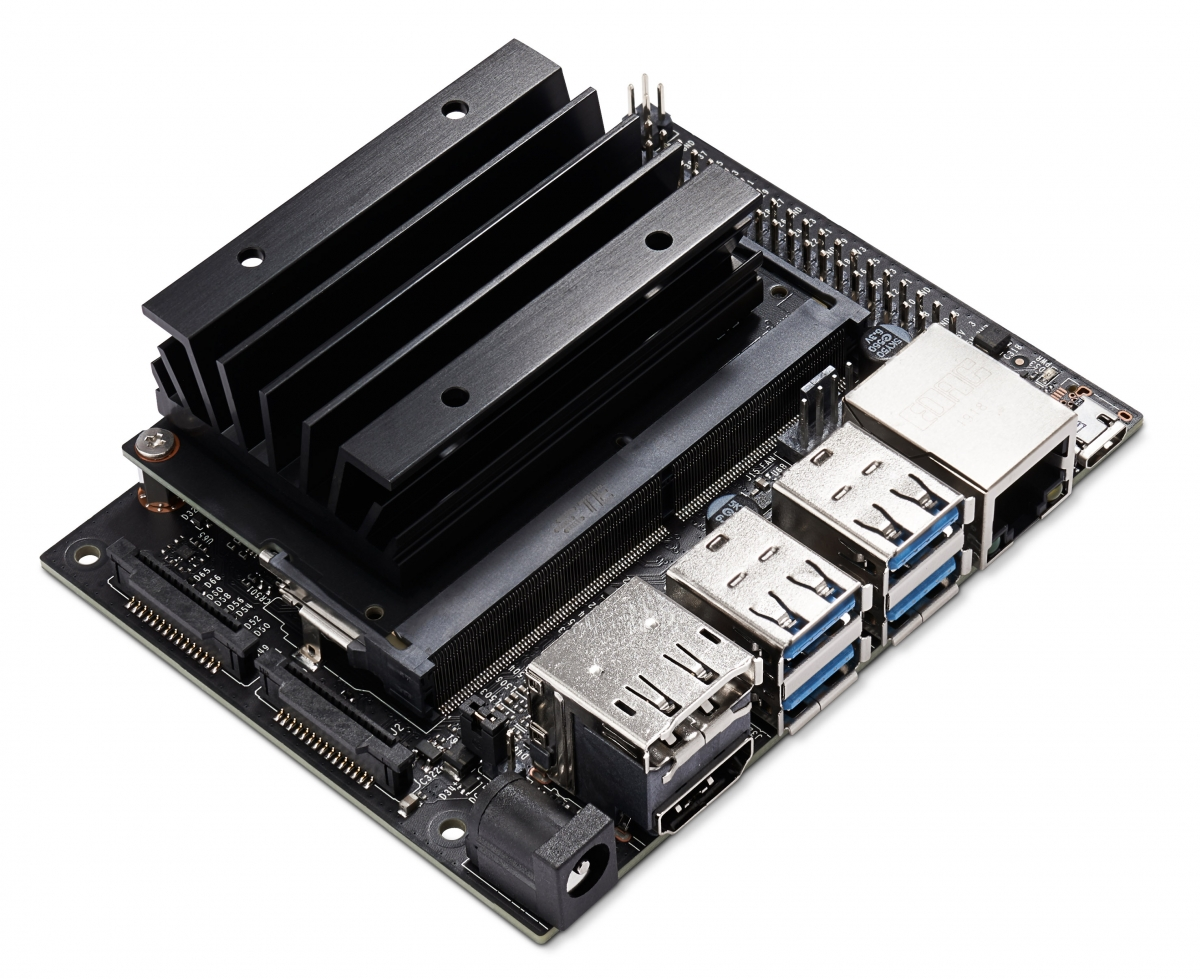 Announced at NVIDIA GTC 2020, Jetson™, an embedded system for next-generation autonomous machines, has a new member with Jetson Nano 2GB, which will be available for $59. Unlike other Jetson systems, Nano 2GB comes at a lower price; it is almost half of the Jetson Nano (announced last year). Focused at students and hobbyists, Jetson Nano 2GB is bundled with free online training and certification. Powered by 128-core NVIDIA Maxwell™, it is ideal for beginners to make AI-solutions. 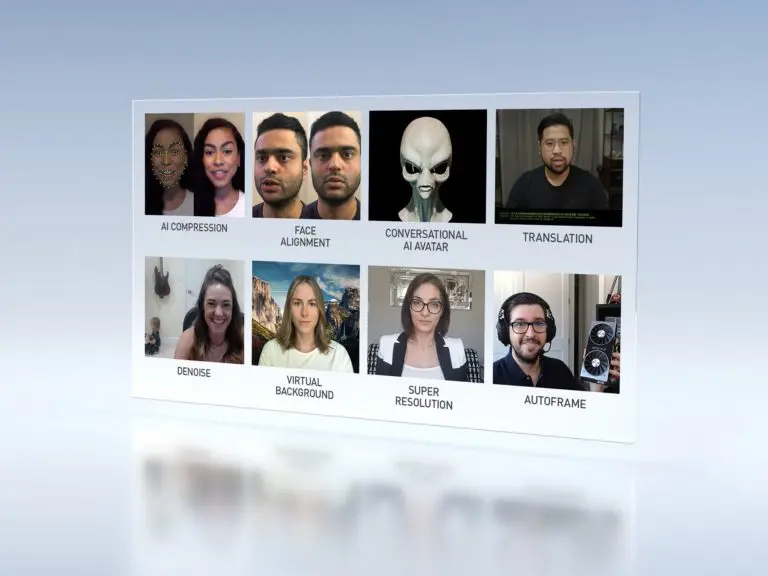 Due to the pandemic, there is a rapid increase–30 million web meetings every day–in video calls. Understanding the needs of users, NVIDIA at GTC 2020 announced Maxine, a video AI platform. It is not just any other video meeting application. Maxine is equipped with AI that reduces the bandwidth consumption of video calls by a factor of 10. Besides, it can align your face as if you are looking at the camera although you might be watching the other person on the screen.

NVIDIA Clara Discovery is a suite of tools for scientists to discover drugs efficiently by leveraging artificial intelligence. Huang noted that drug discovery takes decades and costs over $2.5 billion in research. However, COVID-19 has brought the urge among scientists to discover drugs quickly. With NVIDIA Clara Discovery, the company wants to accelerate the workflows for scientists, thereby making the world future proof. 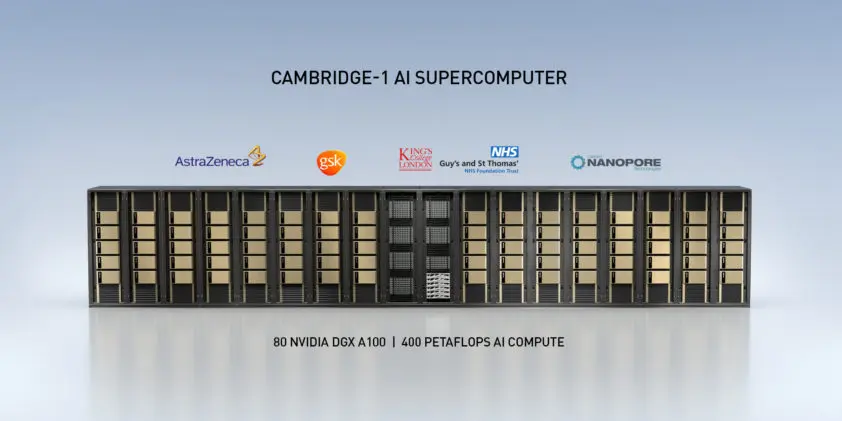 In addition, NVIDIA also collaborated with GSK to build the world’s first AI drug discovery lab. GSK will also get access to NVIDIA’s Cambridge-1–the most powerful AI supercomputer of the UK (announced at the NVIDIA GTC 2020)–to push the boundaries while discovering drugs. 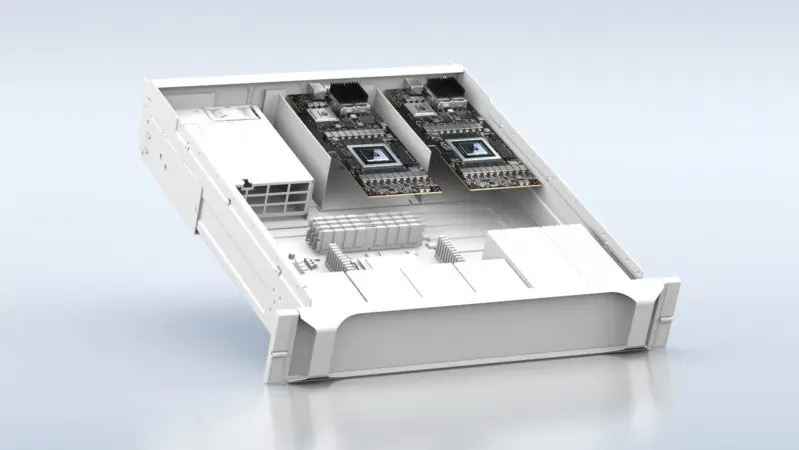 NVIDIA EGX AI platform will work in tandem with Ampere architecture GPU and BlueField-2 DPU on a single PCIe card. Using the EGX AI platform, organizations can quickly deploy and manage edge devices. Many firms like KION Group and Northwestern Memorial Hospital are already using EGX AI for supply chain solutions and IoT sensors. “This is the iPhone moment for the world’s industries — NVIDIA EGX will make it easy to create, deploy and operate industrial AI services,” said Huang at NVIDIA GCT 2020.

NVIDIA and Microsoft joined hands to bring its GPUs in Azure for smart experience for Microsoft Office users, including grammar correction and text prediction. Companies like Square, Twitter, eBay, GE Healthcare, and more are already using NVIDIA GPUs for inference.