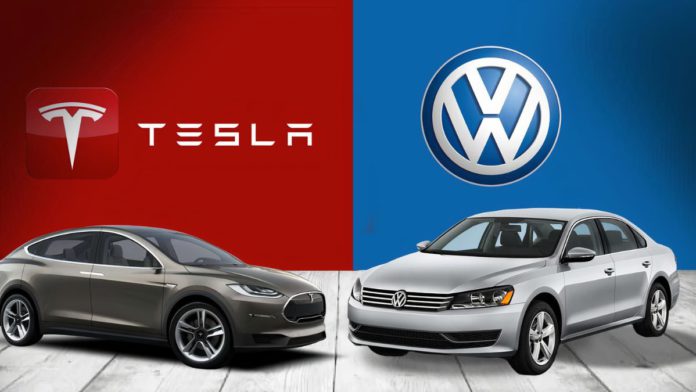 According to federal data, Tesla has topped registrations of battery-electric vehicles in the first nine months of this year in Germany at nearly 38,500, beating Volkswagen by around 6,000 registrations.

Tesla’s battery-electric registrations jumped nearly 50% from last year’s January-September. In comparison, Volkswagen’s dropped 40% to almost 32,300, in line with a broader drop for most of the Volkswagen Group brands.

But supply chain bottlenecks have hit the carmaker especially hard in Europe, where inflation and rising energy costs also weigh on demand. Across all vehicle types, including combustion engine, hybrid, and battery-electric, deliveries of Volkswagen Group vehicles fell 12.9% globally this year, the carmaker reported last week, with Europe as the hardest-hit region.

A Volkswagen spokesperson said, “The tense situation of component supply has continuously led to adjustments in production. We expect a stabilization of supply over the coming year.” Tesla has seen record deliveries worldwide but also faced logistical challenges and delivered less in the third quarter than analysts had expected.