HomeNewsTesla launches home charging station that works for other EV brands too.
News

Tesla launches home charging station that works for other EV brands too.

With up to 44 miles of range added per hour, a 24-foot cable, multiple power settings and a versatile indoor/outdoor design, the J1772 Wall Connector provides unparalleled convenience. 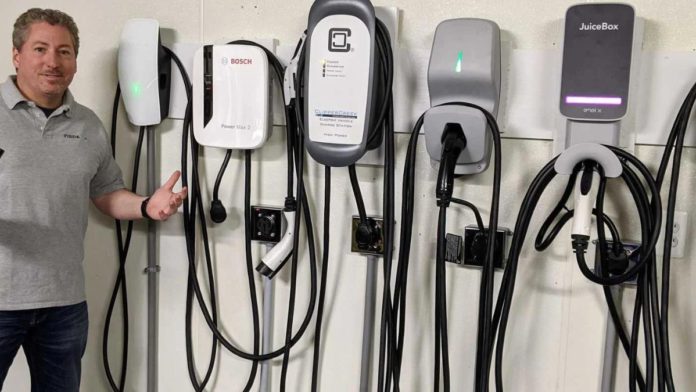 Electric vehicle manufacturer Tesla has launched a home charging station, or Wall Connector as it calls it, that works with other electric car brands, too, not just Tesla vehicles.

According to the auto-tech website Electrek, Tesla has launched a brand new version of its J1772 Wall Connector. It is priced as $550 on its official website.

The comany said that the J1772 Wall Connector is an convenient and easy charging solution for Tesla and non-Tesla electric vehicles alike. It is ideal for houses, apartments, hospitality properties, and workplaces.

The report said that Tesla’s description looks like the automaker might be seeking after the commercial charging market. With multiple power settings, range of up to 44 miles added per hour, a versatile indoor/outdoor design, and a 24-foot cable, the J1772 Wall Connector provides unparalleled convenience.

It can also power-share to maximize the existing electrical capacity, automatically distributing power and enabling the charging of multiple vehicles simultaneously. Tesla’s own elcetric vehicles can also use the station. However, they will need to use an adapter provided with the vehicle.