ad
HomeNewsSkydio secures Contract of $20 million from the US Army to provide...
News

The drones are equipped with front facing 4K cameras having 16x zoom ability and an infrared camera. 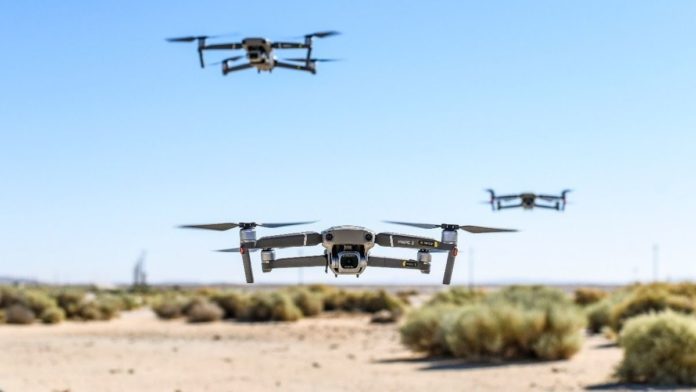 The deal is a part of the U.S. Army’s Short Range Reconnaissance (SRR) program, in which the Army is looking to develop and deploy cost-effective and lightweight drones. Skydio plans to provide the U.S. Army with its Skydio X2D drones as a part of this contract.

The Army’s Short Range Reconnaissance program aims to deliver a rucksack portable, vertical take-off and landing drone that provides the Soldier on the ground the capability to gain situational awareness.

Col.Joseph Anderson said, “The selection of the U.S. Army’s short-range reconnaissance provider for tranche 1 is a significant milestone for the Army, our strategic partners, and the domestic industrial base. The future for our Soldiers is now.” He further added that their partnerships with industry reflect their willingness to compete as well as their ability to lead and innovate in unmanned systems technology.

The drones are equipped with front-facing 4K cameras having 16x zoom ability and an infrared camera. The company claims that its drone has a flight time of 35 minutes and can operate 24 hours, regardless of the lighting conditions.

CEO and Co-founder of Skdio, Adam Bry, said, “This is an exciting milestone for Skydio, the Army, and most importantly the men and women who serve our country. For drones under 20 pounds, civilian drone technology has raced ahead of traditional defense systems.”