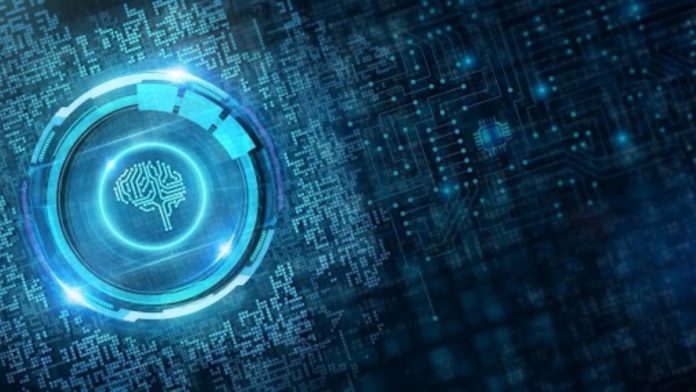 A study suggests that the Machine Learning market size is expected to grow from $8.81 Billion by 2022, at a CAGR of 44.1%. Machine learning is a subset of artificial intelligence that focuses on developing systems that can learn without human supervision or assistance. Python as a programming language focuses on code readability, functionality, and scalability, making it the most preferred language for developing machine learning models. Machine learning models require continuous data processing, and Python libraries for machine learning such as pandas, TensorFlow, Keras, NLTK, etc., help developers access, handle, analyze, and transform data.

This article will cover the top 10 Python libraries for machine learning:

Scikit-learn, an extension of SciPy, is one of the most popular machine learning libraries for classical ML algorithms. It is used for data mining and analysis, making it an excellent tool for developers starting their ML journey. Scikit-learn is built on two basic Python libraries: NumPy and SciPy. It supports most of the supervised and unsupervised learning algorithms, providing an easy and robust structure that helps ML models learn, transform, and predict with the help of data.

Scikit-Learn provides various functionalities that help create classification, regression, and clustering models for applications like preprocessing, model assessment, statistical analysis, and much more. It has a consistent, easy-to-use interface that is suitable for designing pipelines. However, Scikit-learn is heavily dependent on the SciPy stack, and it can’t employ categorical data to algorithms.

Theano is one of the popular machine learning libraries in Python that enables users to define, evaluate and optimize mathematical expressions with the help of multi-dimensional arrays. Developers use it to detect and diagnose errors with unit-testing and self-verification. However, it’s more efficient on GPU to perform complex computations than CPU.

Theano is a powerful Python machine learning library partly because of its integration with NumPy. Due to this integration, it can be used in large-scale computationally intensive scientific projects. However, Theano has a steep learning curve, and it’s comparatively slower in the backend.

TensorFlow, one of the best Python libraries for machine learning, was developed by the Google Brain team at Google for high-performance numerical computations. It’s one of the best open-source Python libraries for machine learning that involves defining and running computations involving tensors. Various startups and companies since have started using TensorFlow in their technology stacks. It is a flexible ecosystem community and tools that allow, in general, to build and deploy machine learning-powered solutions. With TensorFlow, companies can put their models in production mode in the cloud or on-premises and the browser or on-device.

It can visualize ML models using TensorBoard and implement reinforcement learning. However, its computational graphs are comparatively slower when executed.

Keras is a Python library used in machine learning that provides an interface of TensorFlow Library focused on neural networks that can also run on CNTK and Theano. It is a user-friendly library that allows fast and easy prototyping and can run seamlessly on both CPU and GPU. Keras is a portable framework that also provides multi-backend support.

PyTorch is an open-source, popular machine learning library for Python based on Torch; an open-source ML library implemented in C with a wrapper in Lua. It’s one of the Python libraries for machine learning that comes with an extensive choice of tools that support Natural Language Processing (NLP), Computer Vision, and many more ML programs. PyTorch allows developers to perform computations on Tensors with accelerated processing via GPU acceleration and it’s easy to integrate with the rest of the Python ecosystem. Features such as distributed training and hybrid frontend are reasons for Pytorch popularity. It’s also famous for its quick execution speed and the capability of handling powerful graphs.

NLTK or Natural Language Toolkit is one of the Python libraries used in machine learning to work with natural language processing in Python. This library supports various text processing such as tokenization, software removal, stemming, POS tagging, classification, lowercase conversion, etc. It is a suite of programs and libraries for statistical and symbolic natural language processing for the English language. NLTK is one of the Python libraries for machine learning that can also be used for analyzing reviews, text classification, sentiment analysis, text mining, etc. NLTK offers a wide range of linguistic resources such as WordNet, Word2Vec, and FrameNet. However, NLTK can only split text by sentences and can’t analyze the semantic structure. In addition, it doesn’t support neural network models.

Pandas is a popular Python machine learning library that provides high-level data structures and a wide variety of tools for data analysis. It was developed specifically for data extraction and preparation. It also provides various inbuilt methods for data manipulation such as groping, combining, iterating, integration, reindexing, and filtering. It uses DataFrames, a handy and descriptive data structure, to create models for implementing functions. Pandas also provide data writing and reading using sources such as HDFS and Excel. It can be implemented in a wide range of areas like education and business because of its optimized operation.

It supports operations such as Aggregations, Re-indexing, Concatenations, Iteration, Sorting, and Visualizations. One of the outstanding features of this top Python machine learning library is translating complex data operations using one or two commands. Pandas have many inbuilt methods for grouping, combining, and filtering data. However, it has a very steep learning curve and poor 3D matrix compatibility.

PyCaret is a top Python machine learning library that is open source and low code. It is an end-to-end ML and model management tool that increases the efficiency of an experiment cycle and increases productivity. With PyCaret, developers can replace hundreds of lines of code with a few lines, making experiments exponentially faster and more efficient. It allows the model to be evaluated, tuned, and compared to a given data set with just a few lines of code.

NumPy is one of the top machine learning Python libraries that Keras and TensorFlow use to implement operations on tensors. It is an interpreter and interactive library that can execute complex mathematical operations on extensive multi-dimensional data in a simple manner. It also offers features like discrete Fourier transformation, basic linear algebra, sorting and selecting capabilities, and support for n-dimensional arrays.

NumPy has tools for integrating Fortran, C, and C++, making it one of the most popular Python libraries for machine learning among the scientific community. It has a massive community of programmers who share experiences and help developers resolve issues. However, the major drawback is that the data types are not Python native, increasing cost when entities have to be translated back to Python relevant entities.