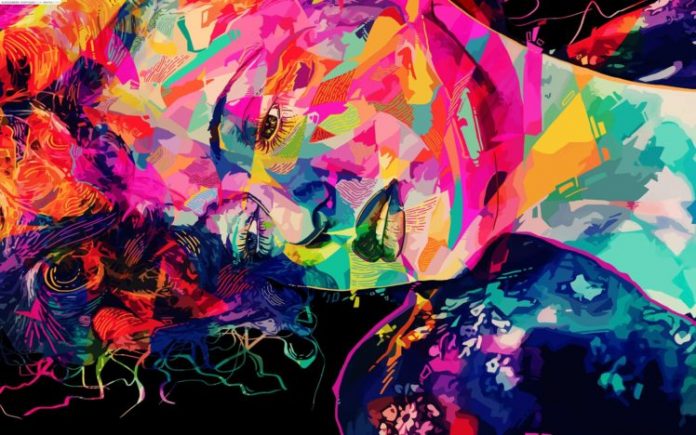 Image processing in Python is comparatively easier than any other programming language because of numerous available libraries in the market. Python libraries for image processing simplify the process as anyone can import and run a few lines of code to quickly mould based on the requirements. Today, a colossal amount of data is generated due to the rapid increase in smartphones and CCTV cameras. The abundance of image data has let to many companies building data-driven products to streamline business processes. Consequently, being proficient with image processing libraries can differentiate you in the market.

Here are the top 9 image processing libraries in Python: –

OpenCV is arguably the best image processing library in the world due to its wide range of use cases in computer vision. Written in C++ and C programming, OpenCV delivers the necessary speed for real-time computer vision. Originally developed by Intel and later supported by Willow Garage and Itseez, the library has been helping machine learning practitioners since 2000.

On GitHub, the library has over 49k stars and 40.5k forks, implying the popularity among developers. Such demand for the library has also lead the project managers to devise a course to help learners master the library. Although the library is free and comes under the Apache 2 License, the course comes at a reasonable cost. However, you can also learn from several tutorials and documentation to quickly get started with the library.

Scikit-image is another widely used Python library for almost every image processing workflow. It is a collection of numerous algorithms for tasks like feature detection, color space manipulation, segmentation, transformations, and more. Created in 2009, scikit-image has gained traction from the developer community to simplify image processing workflows. On GitHub, it has more than 1.7 fork and 4k stars.

Written in Cython, the library is more Pythonic, thereby, easy to leverage and process images without clutters. For any machine learning enthusiast, learning scikit-Image is a must-know library.

Since scikit-image represents images as NumPy arrays, you should be familiar with the NumPy library. If you are exceptional with NumPy, you can implement several image processing without using other libraries. But, since you do not want to write custom codes for complex image processing, you will have to make use of scikit-image to write your code quickly.

Built on top of Python Image Library (PIL), Pillow is among the top three libraries for image processing. Especially used in batch processing, Pillow is commonly used within organizations. Another advantage of Pillow is that it supports a wide range of file format support, making it a one-stop-shop for all your image processing needs. Created in 2009, Pillow has gained over 1.5k forks, and 7.9k starts on GitHub.

Written in C and Python, you can effortlessly learn essential functions within a few days. The pillow library, in its documentation, has included tutorials to assist learners in getting hold of the library.

Other advantages of the library include the ability to retain the functionality of the code even after iteration. In other words, the old code remains relevant for many years. Nevertheless, some interfaces do depreciate over time. To understand the implementation of the Mahotas, read the preprint paper here.

Although popular for scientific computation, SciPy is also used as image processing with scipy.ndimage submodule. Similar to scikit-image, SciPy works in tandem with NumPy to process images effortlessly. Due to the speed it offers, you can build several moderate-level workflows like feature extraction, face detection, image sharpening, denoising, geometrical transformations and more. But, SciPy cannot provide you with the flexibility to develop complex projects that require intensive workflows.

Matplotlib, along with visualization, can be used for manipulating images. The library uses Pillow library to load images data and can handle float32 and uint8, but is limited to uint8 for PNG files. While working with Matplotlib, you can use plt.imshow() to display the NumPy array representation of images. Matplotlib allows you to apply pseudocolor, display color scale reference, perform interpolation, and more. If you want to do basic image processing, then Matplotlib can come in handy while getting started with image analysis.

Also commonly known as ITK–Insight Segmentation and Registration Toolkit–is a widely used image processing library. ITK is a powerful library to use but is very large and complex. However, you can use their detailed guide to understand the most important features of the library for image processing and segmentation. Built to handle advanced projects, the library keeps evolving with the help of contributors on GitHub, which has 756 stars and 441 forks on the platform.

SimpleCV is a very easy to use computer vision and image processing library, but it is not used for intensive projects. If you are new, you can leverage SimpleCV for computer vision tasks but will have to eventually move towards OpenCV. Although it has 2.4k stars and 769 forks on GitHub, there is no further development in the open-source project. Nevertheless, if you are a beginner, you can start with projects in just a few lines of code.

Only officially supported on macOS and Linux, Pgmagic is another image processing library that is most common among enthusiasts. However, a Windows user can rely on unofficial binary packages to play with images. Pgmagick is a very simple library that works with over 88 image formats for processing basic manipulations like resizing, sharpening, blur filtering, rotation, and more.