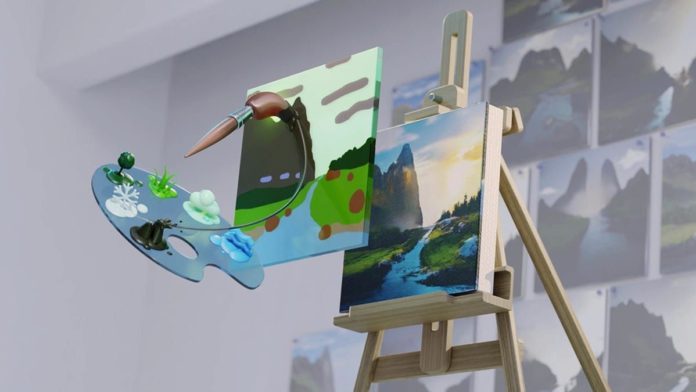 The developers had surprised the audience in 2019 by using deep learning models to turn rudimentary sketches into photorealistic scenes. Canvas is appearing to be the publicly available version showcased by the developers earlier. The app is a part of NVIDIA Studio, which is a platform that provides artists and creators with both hardware and software tools to aid them in bringing creative visions to life.

Artists can start sketching shapes and lines using a palette of 15 tools like grass, mountains, clouds, and weather effects. The artificial intelligence-powered software will convert those into a photorealistic scene in real-time.

NVIDIA officials said, “The tool allows artists to use style filters, changing a generated image to adopt the style of a particular painter.” They also mentioned that the app doesn’t just stitch pieces of images together but it creates new images the way artists do. The creative applications of the tool are endless, and it can help artists create paintings faster than before.

The application uses a type of artificial intelligence called generative adversarial networks (GANs). GANs consist of a generator and a discriminator that work simultaneously. The generator converts material maps into images, and the discriminator analyses certain aspects of what is generated. The GAN system used to develop Canvas has been trained on an NVIDIA DGX system and has been fed with over five million images.

The beta version of the application is available for download on NVIDIA’s official website. The minimum system requirements to run the application are a GPU of NVIDIA’s RTX segment with 460.89 or a newer driver.