NASA Is Using Artificial Intelligence To Calibrate Images Of Sun 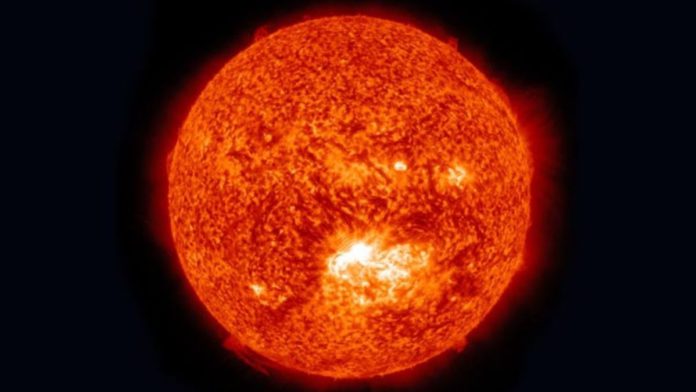 Researchers at the National Aeronautics and Space Administration (NASA) recently announced that it is using artificial intelligence to calibrate images of the Sun.

NASA launched its Solar Dynamics Observatory (SDO) back in early 2010 to conduct research and capture high-definition images of the Sun.

The new artificial intelligence-powered technology is now helping scientists to precisely calibrate captured images at a quick pace in order to generate accurate, usable data. NASA uses the Atmospheric Imagery Assembly (AIA) present at the SDO to capture the Sun’s images across various wavelengths of ultraviolet light every 12 seconds.

Due to the degradable nature of the AIA, scientists have come up with an artificial intelligence solution to generate consistent data for research purposes. A solar physicist at NASA’s Goddard Space Flight Center in Maryland, Dr. Luiz Dos Santos, said, “It’s also important for deep space missions, which won’t have the option of sounding rocket calibration.”

He further added that they are now tackling two challenges at the same time. Scientists used machine learning technology to train an algorithm to recognize solar flares by feeding it with images of solar flares of multiple wavelengths to enable it to identify every type of flares.

The algorithm used AIA’s data to compare and understand the solar flare images. After numerous rounds of training, the algorithm achieved the skill of determining the level of calibration required for different images.

Dr. Luiz said that it is a commendable breakthrough that has enabled researchers to identify structures across multiple wavelengths. NASA plans to integrate machine learning and artificial intelligence into many other projects as the technology continues to develop.
NASA said, “For the future, this may mean that deep space missions — which travel to places where calibration rocket flights aren’t possible — can still be calibrated and continue giving accurate data, even when getting out to greater and greater distances from Earth or any stars.”