Microsoft CEO Satya Nadella Becomes The Chairperson Of The Board 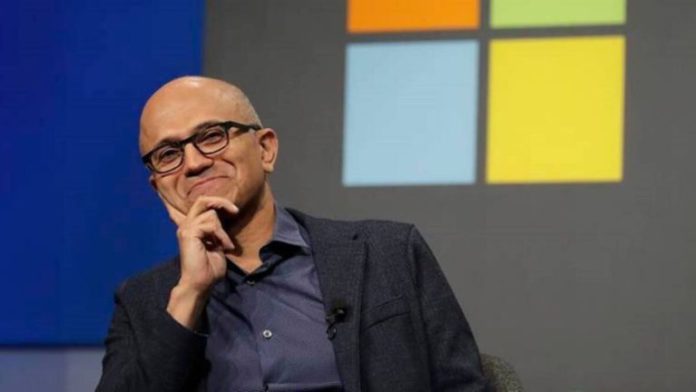 On Wednesday, Microsoft announced that Satya Nadella would be replacing independent director John Thompson and become the Chairperson. The company’s board called for a unanimous vote, which led to this decision.

The success and vision Satya Nadella has shown in the past seven years is the prime reason for this decision. When asked about the key role of Nadella, the company mentioned, “Leveraging his deep understanding of the business to elevate the right strategic opportunities and identify key risks and mitigation approaches for the board’s review.”

After becoming The CEO in 2014, Nadella helped Microsoft regain its title of the world’s most valuable company. Currently, the company stands second, right behind Apple Inc., with a growth of over 600% in stocks.

He then predicted that the company’s annual cloud revenue would increase three folds in just two years. Nadella then helped create a plan for Microsoft to achieve this goal by streamlining the company’s attention on its cloud services, ditching its mobile ambitions.

The tech giant is now focused on cloud computing services to power other company’s software. Under Nadella’s leadership, the company is expected to grow even further in this domain. The board praised Nadella for achieving 14% revenue growth in the tender year of 2020 despite several challenges. Satya Nadella is one of the company’s top individual shareholders, with more than 1.6 million shares.

This development happened one year after the co-founder of Microsoft, Bill Gates, stepped down from the company’s board. A Microsoft spokesperson said that Gates left the board after an investigation that accused him of harassment of an employee.

Ex- CEO of Symantec, John Thompson, replaced Gates as the company’s chairperson in 2014; on the same day, Satya Nadella became the CEO of Microsoft after replacing Steve Ballmer.