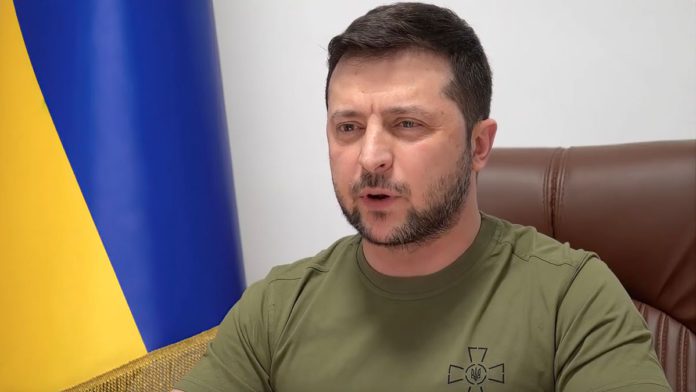 A deepfake and heavily manipulated video showing Ukraine’s President Volodymyr Zelenskyy surrendering has been removed by Meta. It was first placed on a Ukrainian news website by hackers Wednesday before it was debunked and removed. The one-minute-long deepfake shows the Ukrainian president appealing to his soldiers to lay down their arms in the fight against Russia and surrender.

Nathaniel Gleicher, the Head of Security Policy at Meta, explained that they have removed the content for breaking the company’s rules against “manipulated media.” It’s a form of multimedia misinformation in which a public figure is seen saying something they never actually said.

According to the Atlantic Council’s Digital Forensic Research Lab, the same video is circulating widely on Meta’s Russian counterpart, VKontakte. The same lab has also observed that a pro-Russia Telegram channel published a deepfake on Wednesday depicting Zelensky calling the country to surrender.

It is unclear who created the deepfake or where it was generated. The Ukraine government officials have been warning the country about the possibility of Russia spreading manipulated videos as part of its information warfare.

Ukraine’s military intelligence agency released a video about how state-sponsored deepfakes could be used to sow panic and confusion. The video shows a passable lip-sync. However, the viewers pointed out that Zelenskyy’s accent was off and that his facial movements did not appear authentic upon quick inspection.

Zelenskyy quickly counteracted the disinformation with his own messaging on Telegram, which was shot in the same selfie video style that’s characterized Zelensky’s communications. Zelenskyy also posted a video on his official Instagram account debunking the video. “As for the latest childish provocation with advice to lay down arms, I only advise that the troops of the Russian Federation lay down their arms and return home,” he said. “We are at home and defending Ukraine.”