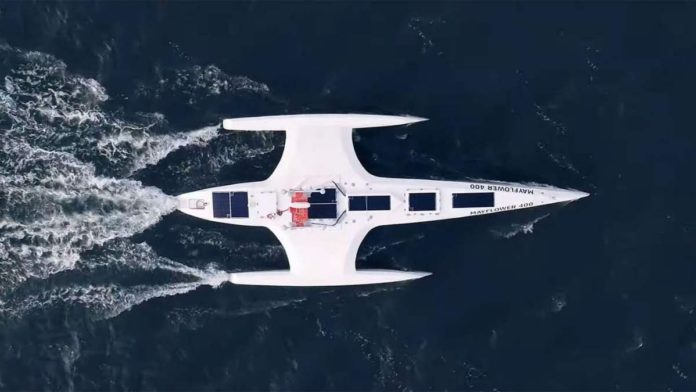 The Mayflower, an artificial intelligence (AI)-powered self-sailing ship developed by IBM, has arrived in North America after sailing the entire Atlantic Ocean.

The autonomous ship from England began its journey on April 27, 2022. The highlight of this mission was that the ship was able to cross the ocean without the support of any onboard human crew.

According to officials, the one-of-a-kind autonomous ship has been integrated with IBM’s AI Captain, the operation’s digital brain, enabling the Mayflower to navigate its way across the ocean.

The Mayflower Autonomous Ship (MAS) traveled 4,400 kilometers from Plymouth, England, to Halifax, Nova Scotia, Canada. Mayflower has vision sensors, infrared cameras, and a navigation system that allows it to use dead reckoning if a satellite fails.

The project is led by ProMare, a non-profit committed to marine research, with IBM serving as the project’s primary technological and scientific partner.

“The journey she made across was arduous and has taught us a great deal about designing, building, and operating a ship of this nature and the future of the maritime enterprise,” said Project director Brett Phaneuf.

Officials mentioned that the AI-powered autonomous ship was designed to demonstrate the advancement of technology throughout the centuries since our ancestors set sail for the New World.

During the announcement of the commencement of this project, Vice President for Defense and Intelligence at IBM Federal, Ray Spicer, said, “We’ll just watch it with pride as it sails along and makes its own decisions based on how well we trained it. And then it appears in Plymouth, Massachusetts, at the end of the journey.”