The 3,200 mile journey between Plymouth and Plymouth is projected to take 10 to 12 days. 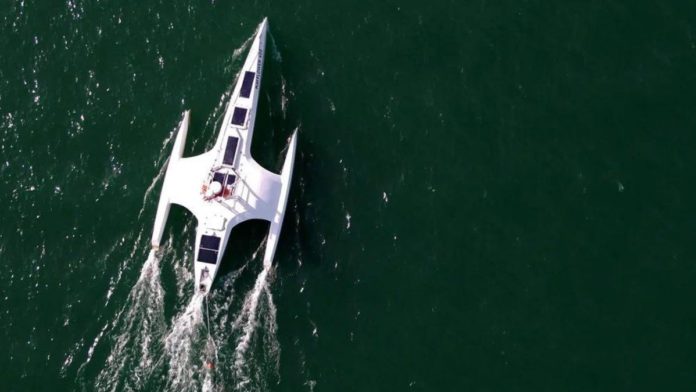 The Mayflower Autonomous Ship is now ready for its second attempt to cross the Atlantic Ocean from Plymouth, United Kingdom, to Plymouth, Massachusetts, without the assistance of an onboard human.

The one-of-a-king autonomous ship has been integrated with IBM’s AI Captain, the operation’s digital brain that allows the Mayflower to design its own course across the ocean.

The artificial intelligence-powered captain can accurately see and avoid obstacles to ensure the safety of the autonomous ship while it sails.

Mayflower is equipped with vision sensors, infrared cameras, and a navigation system that lets it use dead reckoning in the event of a satellite failure. ProMare, a nonprofit dedicated to marine research, is leading the project, with IBM serving as the project’s principal technological and scientific partner.

Officials claim that the 3,200-mile journey between Plymouth and Plymouth is projected to take 10 to 12 days, depending on weather and other factors. The autonomous boat began its journey last year but was forced to return after a connector for the onboard generator failed, causing exhaust fumes to flood the inside. However, as there were no humans inside the boat, no one was injured in the mishap, which led to the ship’s return.

Vice President for Defense and Intelligence at IBM Federal, Ray Spicer, said, “In a perfect world, we’re gonna set this baby on its way from Plymouth, U.K., and not have to interfere at all. We’ll just watch it with pride as it sails along and makes its own decisions based on how well we trained it. And then it appears in Plymouth, Massachusetts, at the end of the journey.”

He further added that the autonomous and artificial intelligence tech in Mayflower sets it apart from other unmanned surface vessels. According to IBM, the AI Captain’s high-end algorithm was trained using millions of photos to spot possible risks such as seagulls, paddleboarders, and buoys.