The x86 giant Intel has already bagged Nvidia as a prospective customer for its Xeon Scalable next-generation CPU. 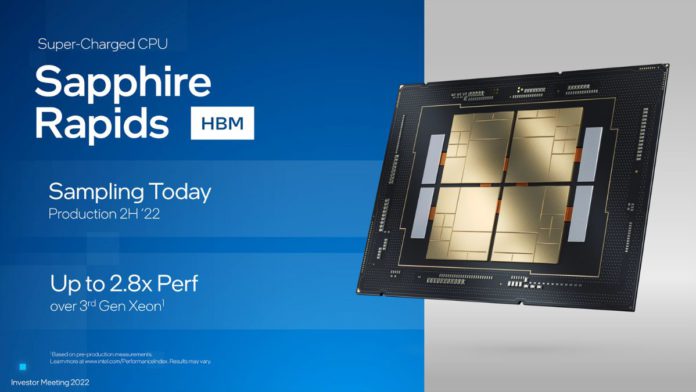 Intel‘s Sapphire Rapids, a next-generation Xeon processor, is expected to make the chipmaker giant more competitive after falling behind AMD in terms of technology over the years.

With Sapphire Rapids on its way, Intel hopes it will beat Genoa, AMD’s next-generation Epyc chip, by incorporating industry-first technologies such as Compute Express Link, DDR5, and PCIe Gen 5.

Sandra Rivera, executive vice president and general manager of Intel’s data center and AI group, has confirmed a further delay in the rollout of the Xeon processor.

Despite the delay in launch, the x86 giant Intel has already bagged Nvidia as a prospective customer for its Xeon Scalable next-generation CPU. At BofA Securities 2022 Global Technology Conference, Nvidia’s CEO announced that the GPU giant would use Sapphire Rapids for its flagship DGX H100 system instead of AMD’s upcoming Genoa chip.

While explaining the delay, Rivera said that the delay is not the result of any issues with the advanced 10nm node of Sapphire Rapids’. Last year, Intel had renamed the 10nm node of its Xeno CPU to ‘Intel 7’. This was to convey the message that 10nm nodes’ manufacturing process is the same as the 7nm nodes by rival companies TSMC and Samsung. Rivera pointed to Intel’s Alder Lake chips developed for PCs and laptops as proof of Intel 7’s well-being.

Rivera emphasized that Intel’s Sapphire Rapids will be a leading product once it is launched. She also explained that the popularity of the processor might be more short-lived than expected as AMD’s Genoa chip will launch later this year, right after Sapphire Rapids.

WhatsApp
Linkedin
Twitter
Facebook
ReddIt
Previous articleWhat is ONDC, and how it’ll impact SMBs and large online retailers?
Next articleDeloitte Partners with the University of Sydney Business School on AI