The newly developed drones can track cops in the field and capture real-time images of crops if any threat is detected. 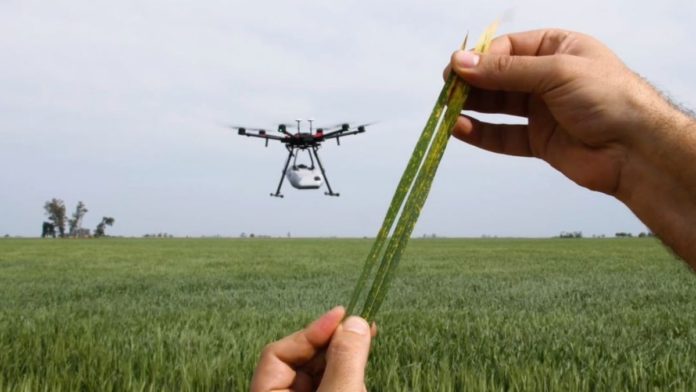 Multiple Indian institutes and farmers are now using artificial intelligence-powered unmanned aerial vehicles or drones to tackle the challenge of crop diseases, insects, and many others.

The AI technology can help farmers considerably improve their farm’s yield, which otherwise gets depleted due to the various factors and issues.

The latest development in this field is that a research team from IIIT Naya Raipur has developed a drone-based crop health forecasting solution that uses artificial intelligence technology to identify insects and diseases that commonly afflict Indian crops and recommend accurate treatments in a short time.

The research team has collaborated with the Indira Gandhi Agriculture University in Raipur to develop this new drone technology. The newly developed drones can track cops in the field and capture real-time images of crops if any threat is detected.

The captured image is sent to designated servers where a convolutional neural networks (CNN) model scrutinizes them to accurately recognize the disease or insects which have infected the crops.

Assistant Professor of Electronics and Communication Engineering at IIIT Naya Raipur, Shrivishal Tripathi, said, ”After the footage is captured and sent to our server, it is analyzed, and within seconds farmers will be informed of the issues with the crop on the Agriheal app, along with recommendations on how much pesticide to spray and in which part of the field. This will reduce overuse of pesticides among farmers.”

According to a report of the United Nations’ Food and Agriculture Organization, each year, farmers across the world lose up to 40% of their crops to insects and illnesses, costing the economy $290 billion.

Researchers said that the images acquired by drones of crops affected with various diseases and insects that are common in India were used to train the artificial intelligence model. This new development comes after the Finance Minister of India, Nirmala Sitharaman, said in her latest Union Budget speech that Kisan drones will be promoted for crop assessment, spraying insecticides, and nutrients.

Experts believe that the newly developed technology can aid farmers in inspecting large fields where physical involvement is complicated and inefficient. Additionally, the technology would allow farmers to identify insects that look similar and are impossible to distinguish without tech intervention.