Tesla to accept Dogecoin as Payment at Supercharging Station

Elon Musk has been a vocal supporter of Dogecoin on social media in the ast and hinted many times regarding this development. 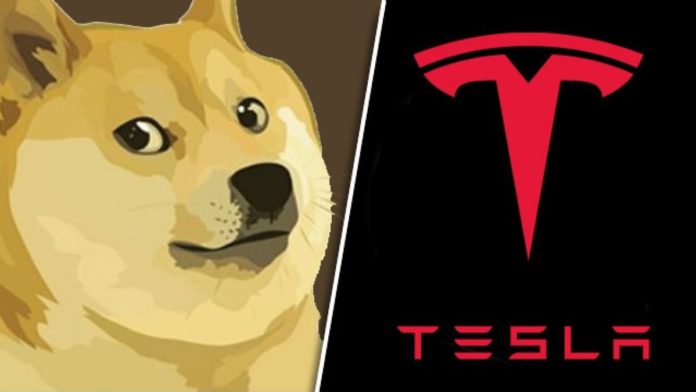 America-based electric vehicle and clean energy company Tesla announced that it plans to accept Dogecoin, a cryptocurrency, as payment at its Supercharging station located in Santa Monica, United States.

The announcement was made by Elon Musk, CEO of Tesla, through a tweet posted on 19th February. This new development caused a slight increase of nearly 3% in the price of Dogecoin.

“Of course, you can pay in Ðoge (sic),” Musk responded to a tweet from Tesla Console founder Ryan Zohoury. Last year in December, Musk announced that Tesla, the electric car company, would accept Dogecoin for Tesla products on a trial basis.

Tesla sells clothes, belt buckles, tiny versions of its vehicles, a quad bike called the “Cyberquad” for kids, which the company plans to sell against Dogecoin payments. Elon Musk has been a vocal supporter of Dogecoin on social media in the past and hinted many times regarding this development.

“The transaction value of Bitcoin is low, and the cost per transaction is high. At least at a space level, it is suitable as a store of value. But fundamentally, Bitcoin is not a good substitute for transactional currency,” said Musk while talking about Bitcoin and Dogecoin.

Multiple reports in recent days claimed that the source code on Tesla’s website had a Dogecoin payment option.

In 2013, software programmers Billy Markus and Jackson Palmer created Dogecoin as an alternative to Bitcoin. The creators’ sole intention was to mock Bitcoin, but Dogecoin achieved much recognition after it grabbed the attention of Elon Musk. Dogecoin’s logo and the name are based on a viral meme involving a Shiba Inu dog.

Earlier, Tesla used to accept payments via Bitcoin but soon terminated it. Tesla claimed that it would again start accepting Bitcoin payments once Musk confirms that Bitcoin mining uses 50% or more renewable energy.