DoraSorter will be used by FedEx to increase operational efficiency and construct agile logistic infrastructure. 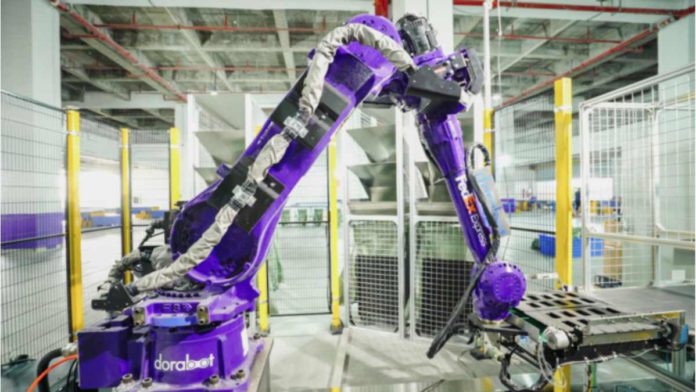 This new development is FedEx’s step towards modernizing and automating the logistic network. In recent years, a considerable boom has been witnessed in the eCommerce industries leading to a vast number of shipments worldwide.

DoraSorter will aid FedEx in meeting the demand of an ever-increasing number of shipments quickly, minimizing the need for human intervention in the sorting process involved in eCommerce transportation.

According to FedEx, the AI-powered sporting robot will be initially deployed at the 5,200m2 FedEx South China E-Commerce Shipment Sorting Center in Guangzhou. The robot is already capable of handling multiple tasks, including managing small quantities of inbound and outbound shipments from customers. However, both the companies are still working to further increase and fine-tune the capabilities of DoraSorter.

Vice President of Operations at FedEx China, Robert Chu, said, “To meet customers’ changing needs, we have been exploring and investing in new technologies to enhance every key aspect of transportation. The rapid rise in e-commerce has led to higher customer demand for timeliness and flexibility in logistics services, creating new challenges and opportunities for the entire logistics industry.”

He further added that their partnership with Dorabot is the latest move by FedEx to use intelligent robots for increasing operational efficiencies and construct an agile logistics infrastructure to support the growth of eCommerce.

“It is the starting point of a global collaboration between Dorabot and FedEx. We hope that we can work together to bring AI and robotics applications to more businesses and consumers,” said the CEO of Dorabot, Xiaobai Deng.