HomeMiscellaneousCOP27: Tuvalu to become first Metaverse Nation. Is this answer to Climate...
Miscellaneous

Is Tuvalu's provocative speech of shifting the entire nation to Metaverse at COP27 solve the climate change crisis faced by the tiny island nation? 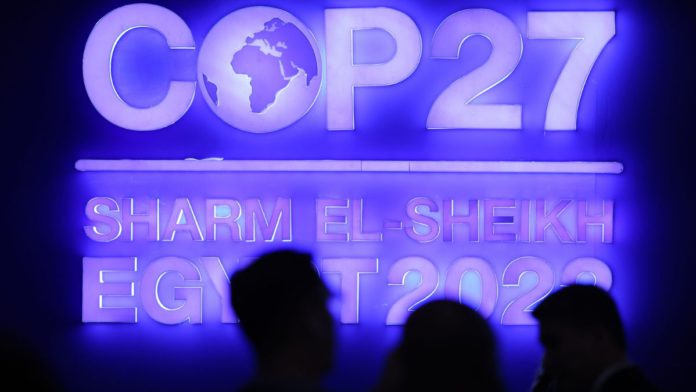 The island nation of Tuvalu claims it will have no alternative but to create a digital version of itself since the temperature of the planet is projected to increase by as much as 2.8°C by the end of the century. In a disheartening speech to world leaders at COP27, the small, low-lying Pacific Island nation confirmed that it has been forced to become “the world’s first digital nation” due to inaction on climate change. Tuvalu’s foreign minister, Simon Kofe, said at the COP27 climate meeting on Tuesday that the island nation will resort to the metaverse to preserve its culture and heritage due to rising sea levels.

Kofe made headlines at the COP26 meeting last year when he publicly gave a speech while knee-deep in the ocean to emphasize the grave threat that climate change posed to island nations like Tuvalu. In his most recent video speech, the idea that all nations could end up living in the metaverse is put up as a possible outcome.

The world has eight years to cut yearly global emissions by a further 45% compared to projections based on existing policies in order to meet the 1.5°C target outlined by the Paris Agreement and prevent visibly worse impacts of global warming. An additional 30% decrease in emissions is required to keep the temperature increase to within 2°C.

Kofe said, “Our land, our ocean, our culture are the most precious assets of our people — and to keep them safe from harm, no matter what happens in the physical world, we’ll move them to the cloud.”

Tuvalu is the fourth-smallest country in the world by area, with a total land area of only 10 square miles, divided among its nine low-lying islands. With about 12,000 residents, it is also the third-smallest city by population. During high tide, approximately 40% of Tuvalu’s capital district gets submerged. The first step in the digitization project will be to recreate Teafualiku Islet, the smallest island in Tuvalu and the first area of the nation that would be lost if sea levels keep rising.

Considering the small landmass size of Tuvalu, it will be a lot less difficult to create a digital twin of the nation compared to bigger nations like Australia and China. However, given the level of authenticity, this project would undoubtedly aim for, digitally reproducing a nation will still be a laborious and technologically challenging task. In general, so far, metaverse visuals aren’t exactly impressive either, so there is a disappointing possibility that digital Tuvalu will ultimately be lost along the way.

Read More: Data Center and Climate Change Tango: How do they impact each other?

Mr. Kofe urged citizens all across the world to take action by holding their governments accountable for their Paris Agreement obligations. Tuvalu has even created a website with pre-written letters of action that citizens could use to voice their concerns to officials.

In addition to making a physical transition online, the government is considering ways to digitize its administrative system and move its activities online so that it can continue to effectively perform its responsibilities as a sovereign state in the digital era. Additionally, it is investigating legislative options to guarantee the permanence of its sovereignty and marine borders despite rising sea levels.

Kofe suggests that the following three facets of Tuvaluan identity might be replicated in the metaverse:

According to Kofe, seven states have consented to continue recognition, but there might be problems if Tuvalu fails because it is a relatively new area of international law.

Tuvalu might be following the footsteps of nations that have already announced metaverse plans. Barbados, an island nation in the Caribbean, became the first country to establish an embassy in the Decentraland metaverse in 2021. Even Seoul had announced creating Metaverse Seoul – a metaverse ecosystem for all administrative functions, including the economy, culture, tourism, education, and civil grievances. Earlier this year, an Australian indigenous group also announced plans to establish an embassy in the metaverse.

It is important to remember that Kofe could be aware that the metaverse is not Tuvalu’s solution to its troubles. He makes it clear that we must concentrate on lessening the effects of climate change through efforts like a convention on the non-proliferation of fossil fuels. His provocational video speech about Tuvalu entering the metaverse is bait to achieve resounding success in getting media attention. Even naively, it is foolish to think that migrating to the metaverse is a feasible remedy to climate change.

This is because the virtual world of metaverse is powered by servers, data centers, VR headsets, and other devices, are connected via the internet – implying they are energy hungry and have a massive carbon footprint. Thus, considering resource-intensive metaverse as an answer to climate change can have a misleading precedent.

Metaverse can serve as an institution that preserves the cultural heritage and territorial identity of a place but not as a sovereign state, at least for now. The real world is not always a laboratory for fictitious blueprint concepts.