HomeData ScienceData Center and Climate Change Tango: How do they impact each other?
Data Science

Data Center and Climate Change Tango: How do they impact each other?

The recent outages due to cooling issues during a heatwave in the UK sparked questions about the future of data centers. 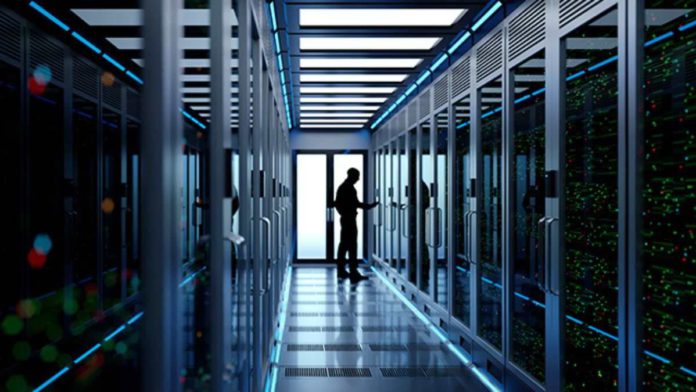 On a hot July day, Google and Oracle data centers in the U.K. were having trouble keeping up as Europe continued to experience record-breaking high temperatures. Networking, storage, and object computing resources—all powered by servers in the south of England, where temperatures were among the warmest on record—were among the several cloud services that suffered outages. According to the Met Office, the UK had the warmest day ever, with 104 °F shattering a 2019 record. This is a preview of the impact of climate change on data centers.

Heatwaves been Shutting Data Centers Down?

Both companies attributed the outages to “cooling systems” issues. The initial statement from Oracle, which noted that “unseasonal temperatures” had impacted cloud and networking equipment in its South London plant, was posted on its service website in the late morning of New York Time. Later, Google reported a similar issue at its London location in the afternoon. The company said that one of Google’s buildings, which houses zone europe-west2-a for region europe-west2, experienced a cooling-related issue. According to the statement, the company curtailed preemptive deployments of Google Compute Engine (GCE) and shut down a portion of the zone to avoid machine damage and an extended outage. Later, Google Cloud updated the incident, stating that the cooling-related problem had been fixed. However, a small number of Persistent Disk volumes with HDD backups were still having issues and would display IO errors. Customers still having problems were advised to contact Google Cloud Product Support. One of the key victims of Google’s data center outage was web-hosting service WordPress, as it lost its service in Europe.

Regional storage services that duplicate client data across many zones, e.g., GCS and BigQuery, could not access any replica for several storage items due to the regional traffic routing change, which prevented consumers from accessing these objects while the routing error was present. It took 18 hours and 23 minutes for the cloud services to recover completely.

Google announced it would fix the problem and thoroughly re-test its failover mechanism due to the event. The cloud giant would research and create more advanced technologies to gradually reduce the heat load inside a single data center area, lowering the likelihood that a complete shutdown would be necessary. Furthermore, Google is reportedly planning to look for vulnerabilities in its processes, tools, and automatic recovery systems. It reportedly plans to undertake an audit of cooling system standards and equipment across all data centers that host Google Cloud globally.

As a result of the extreme heat in London and the area within the M25, where unusually high temperatures have been recorded, staff was dispatched to spray air conditioning units with water. This water use will be in addition to the already high water consumption of data centers, which are most likely to require emergency hosing during a scorching period.

To keep their data centers cool, data center operators are looking for more energy-efficient IT equipment as severe temperatures are expected to become more common in the future.

To function properly, data centers must be maintained a specified temperature range. According to the US standards group American Society of Heating Refrigerating and Air-Conditioning Engineers (ASHRAE), enterprise servers and storage devices should run between 18°C to 27°C. Since this technology generates heat, data centers must be cooled, usually by chilling the air, and rising outside temperatures impose stress on this cooling equipment. This may lead to higher electricity prices or, in uncommon circumstances, system outages.

Older data centers may suffer during the UK heatwave, resulting in higher energy expenses. In comparison, freshly constructed data centers can withstand temperatures between -40°C and 40°C, thanks to operators who planned their facilities to be as energy efficient as possible.

The Cooling Concerns, the Power Hunger, the Carbon Emissions

A data center must either be kept in a temperature-controlled environment that is constantly maintained or must be built at a location with a naturally cold climate for it to be operational. An increase in cooling systems will increase energy demand, leading to an increase in the burning of fossil fuels. This will then exacerbate global warming and lead to more heatwaves, encouraging companies to invest in and turn on even more potent cooling systems, and so on.

According to studies from the International Energy Agency, the foundations of contemporary cloud hosting now utilize close to 1% of the world’s electrical supply and contribute 0.3% of all global CO2 emissions. According to projections made by the National Resources Defense Council in 2015, by 2020 alone, American data centers will utilize about 140 billion kWh annually and produce staggering 100 million metric tons of carbon dioxide. The global total is certainly mind-bogglingly larger, with an estimated more than 5 million data centers worldwide. Studies show that cooling IT equipment uses about 40% of data center energy consumed.

Though migrating data centers to regions with cold climates sounds exciting, it is not quite feasible on a large scale.

In addition to these woes, according to a survey from 2016, the world’s data centers consumed 416.2 terawatt hours of power, which is a substantial amount more than the UK’s 300 terawatt hours. Data centers have the same carbon footprint as the aviation sector, using 3% of the world’s electrical supply and emitting around 2% of all greenhouse gas emissions.

This motivated companies to explore more eco-friendly substitutes. In an effort to replace the notoriously polluting Haber-Bosch process, Fujitsu is collaborating with the Icelandic start-up Atmonia to create sustainable Amonnia, which could be burnt to efficiently power data centers. Trinity spin-off Nexalus is developing a method for power-hungry data centers to maintain cooling and generate electricity rather than only consume it. Microsoft claims to have developed a zero-carbon emissions solution for the diesel-powered generators used in data centers for backups in the case of power outages and other service interruptions. Unlike diesel generators, hydrogen and oxygen are combined in hydrogen fuel cells to produce power, heat, and water instead of pollution. However, the costs and scale needed for data center manufacturing have prevented the use of hydrogen fuel cells as a production alternative.

When Microsoft announced its intention to stop using diesel fuel by 2030, things started to change in July 2020. Because of this, Microsoft is enthusiastic about testing its three-megawatt hydrogen fuel cell system that can power around 10,000 computer servers in a data center. The Microsoft hydrogen generator uses the proton exchange membrane (PEM) fuel cell technology, which combines hydrogen and oxygen in a chemical process to produce power, heat, and water without burning anything or emitting any carbon dioxide.

This kind of stationary backup power might be used in a variety of settings, including datacenters, office buildings, and hospitals, whenever green hydrogen becomes economically feasible and affordable. Because PEM fuel cells can follow a load up and down and, like diesel engines, are quick to turn on and off, they are widely employed in the automobile sector.

According to Mark Monroe, a lead infrastructure engineer on Microsoft’s team for data center advanced development, the quick response and load following capabilities are ideally suited for backup power at data centers.

Will these developments be enough?

Resilience issues are becoming increasingly pressing as climate change intensifies and catastrophic events like hurricanes, floods, record temperatures, and water shortages become more frequent. Due to adverse weather and the general effects of climate change, outages are already getting longer and costing more money. These infrastructures are endangered on many fronts, including electricity, networking infrastructure, and internal resilience, as climate worsens, and extreme weather events increase in frequency. The UK’s prolonged heatwave, which caused data centers to go offline, is only the tip of the climate change ramification iceberg.

The networking infrastructure and data centers will also suffer from rising sea levels. Coastal areas that house data centers will be adversely affected. Even climate change-induced drought might affect data center operations as well as cause an increase in highly catastrophic wildfires that directly endanger installations.

Additionally, there is a need to modernize the grid, develop autonomous microgrids, and research strategies to upgrade networks for higher resilience. The majority of Internet cabling is only buried less than a meter below ground – thus posing a serious risk during storms with high winds and flooding.

As a result of the fourth industrial revolution’s fast-rising need for data, the data center business is progressively growing in size. However, it is also struggling with rising management costs and power usage. Though many report power use, the electricity and water resources required to keep data centers cool are frequently not documented or accounted for, according to the Uptime Institute’s 2021 Global Data Center Survey.

Therefore, governments will need to set tighter carbon reduction targets and transparent reporting requirements, even while consumer action and knowledge are crucial for applying pressure to businesses. With its ambitious Green Deal, the European Union has taken the lead in this field and calls for data centers to become carbon neutral by 2030.

To guarantee sustainability, data center operators and designers must take climate change and its effects into account from the beginning of the asset construction process, as building a data center is a long-term investment.