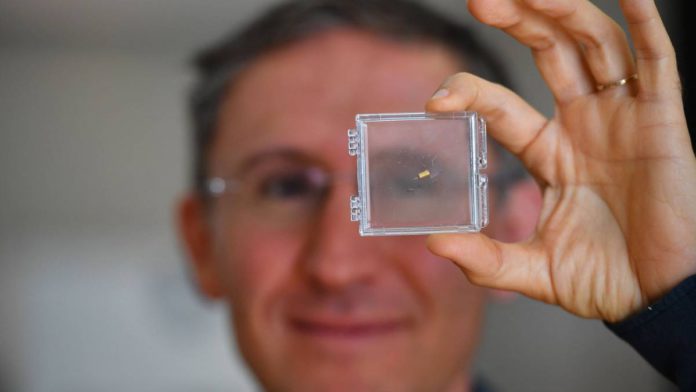 The team of researchers behind Apple’s Face ID, from Bionaut Labs, has developed robots that deliver drugs directly into the brain. The trials aim to deliver drugs with the help of tiny robots to treat certain types of brain tumors at complex locations and a rare neurological disorder called Dandy-Walker Syndrome. The robots will poke holes in the located cyst and eventually release a drug to the targeted area.

Bionaut Labs is an LA-based research lab that revolutionizes treatments requiring medical professionals to reach deep locations in the human body safely and precisely. The company has raised approximately US$43.2mn in a funding round led by Khosla Ventures to fund its latest clinical trials.

Micheal Shpigelmacher, Bionaut’s chief executive, said that robots have the potential to become a “holy grail,” opening more pathways to treating brain diseases, diseases across the central nervous system, and much more.

These robots, a few millimeters long with a robust micro-magnet, could also perform biopsies. They use external control frameworks and, under predetermined magnetic fields, poke a hole in the targeted area and release the drug.