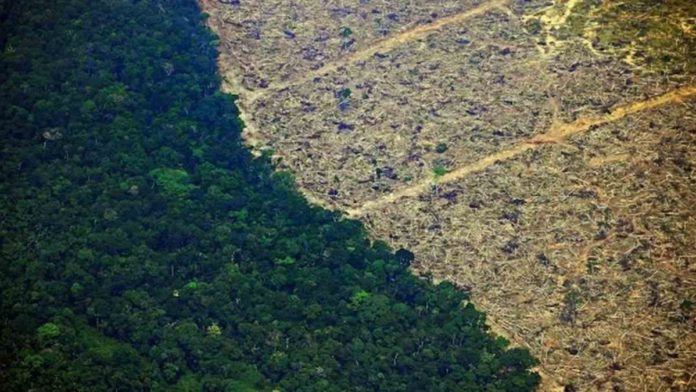 A new artificial intelligence tool is now helping researchers forecast the possible deforestation of the Amazon rainforest. The tool named PrevisIA recently analyzed images sent to it by the European Space Agency satellites and predicted that more than 10,000 square kilometers of forest land is at high risk of being deforested in the years to come.

The software was developed by the Brazilian conservation nonprofit organization Imazon, which was established to conserve the Amazon rainforest. The platform uses artificial intelligence algorithms to scrutinize the images to predict the future desertification of the forest accurately.

Carlos Souza Jr, a researcher at Imazon, said, “The states have the opportunity to become environmental protagonists. Deforestation does not bring any advantages, even financially; buyers of agricultural products are starting to boycott Brazil due to deforestation.”

He further added that now people should start understanding that it is more profitable to have forests standing. According to a report, an area with a radius of 5.5 kilometers accounts for more than 95% of deforestation in the Amazon rainforest. It also mentioned 192 municipalities in the region have high risks of being deforested.

Imazon is now planning to collaborate with Microsoft and a Brazilian mining company Vela and government institutions to take actions that could prevent further deforestation in the region. According to Souza Jr, civil society organizations and corporations will also play a vital role in stopping the cutting of trees.

President of Microsoft Brazil, Tania Consentino, said, “The solution for the environmental issues requires a coordinated action, not only from the government but together with corporations, nonprofits, and society as a whole. The planet is in a hurry, so should we.”