HomeOpinionWriting in the Era of Artificial Intelligence
Data Science

Writing in the Era of Artificial Intelligence 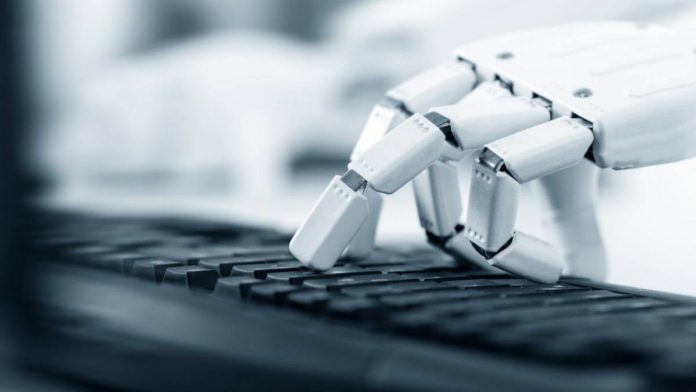 Artificial intelligence (AI) has created several windows of opportunity across diverse fields, and writing is one of the relatively emerging ones. AI writing assistants came as spell checkers in the early 1980s and soon got embedded in many word processing programs like WordPerfect. Over the next few years, they integrated into systems, beginning with Apple’s macOS. Around the same time, the first book produced by a computer, “The Policeman’s Beard is Half Constructed,” was published, marking the beginning of artificial intelligence in literature. However, it wasn’t until 2007 that AI was used in online writing when StatSheet started producing text based on sports statistics.

Now, AI Writing tools use algorithms that generate content similar to a human’s. With AI writing, numerous daily tasks that people perform manually can be automated. Also, it makes the process much simpler by cutting effort and saving time. AI writers compile information from numerous sources and learn how to generate meaningful content in light of what it has learned.

AI Writing tools have been around for a while. Users must be aware of tools like Grammarly (launched in 2009) and others like Jasper and Writesonic can generate paragraphs given a few suggestions. Many other developments in ‘conversational AI,’ like Google’s LaMDA, are being used to develop AI-powered writing assistants, like Wordcraft, a prototype that can assist creative authors in developing new stories. LaMDA is so precise that it generates output that looks like another human does it.

It mainly assists in writing fictitious material, which makes it different from other tools. According to Google, it is a “text editor with purpose” integrated into a web-based word processor. With other models like GPT-3, users can rephrase, write English paragraphs, produce functional code, translate them, and generate text responses on behalf of humans.

Whilst such AI writing tools provide many advantages; they are still far from replacing human writing because of multiple drawbacks that are yet unavoidable. Firstly, even top-tier AI writers still require human involvement. Just like in September 2020, The Guardian published an article drafted by GPT-3 by providing a text prompt, “Please write a short op-ed around 500 words. Keep the language simple and concise. Focus on why humans have nothing to fear from AI.” However, the article was edited before publication. This is because even though the technology has advanced significantly, it occasionally makes contextual, grammatical, and compositional errors.

Machine-based writing technologies learn only from the kind of data they have been trained on. This limits the base of knowledge, emotions, and experience that AI can add to the content it writes. Since AI tools often scan the web for writing samples, the content generated by them violates Google’s standards for automatically generated content. This affects the performance of AI-generated content in search engines as well.

Lastly, as people have become aware of AI writers, they have started relying on them mindlessly. Even students are using AI writers to get a way around their homework. These AI writers have advanced to the point where they can produce a decently average high school essay.

Despite the limitations mentioned above, people widely use AI writing tools as it saves time and effort. Others believe that AI writing might replace human writers and deprecate authentic content. Nonetheless, it cannot replace human writing, at least not shortly. However, over the next few years, AI writing will improve as processing abilities improve and more data is accumulated to train the tools. The technology will also improve the capabilities of understanding the nuances of the text. Organizations that have acknowledged the potential will develop a market where lacking such technology will be a glaring competitive disadvantage.

WhatsApp
Linkedin
Twitter
Facebook
ReddIt
Previous article
How is 2142 taking the leap with an NFT comic book?
Next article
Compose and license royalty-free music with Beatoven.ai