Will AWS Lose Its Monopoly To Azure And Google Cloud? 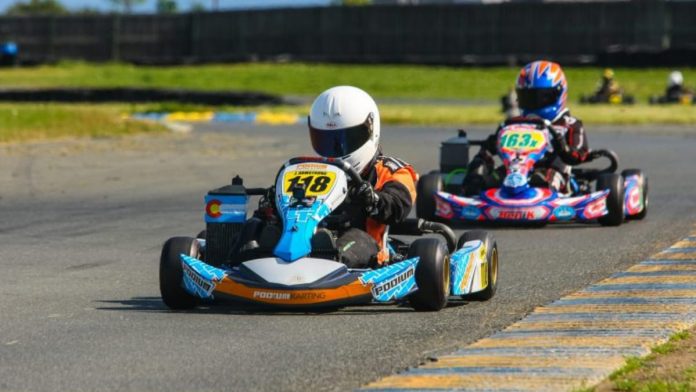 Cloud computing technologies have become the backbone for any organization to deliver robust products and scale their business effortlessly. As more and more companies are migrating towards the cloud, various blue-chip companies are offering their cloud services and catering to the needs of rising demands. In 2019 Q3, the global cloud infrastructure services market grew by 37% to reach $27.5 billion. And as AWS tapped into the market in 2006, it has created a monopoly in the current landscape. The report also stated that in Q3 2019, AWS has retained its dominant position with a growth of $2.3 billion, which is equal to the year-on-year increase of the next three competitors combined.

Varied Options In The Market

However, with the rise of various competitors such as Azure, IBM, Google, among others, AWS is starting to feel the heat. Such a wide range of options in the cloud market has slackened the growth of AWS; as per the report, AWS had 34% of the market share in Q2 2017 and has reduced by one percentage point to 33% in Q3 2019. Nevertheless, Azure has risen to 17% from 11% in Q2 2017.

Of all the competitors, Azure is giving AWS a run for its money. Although Microsoft is a distant second, it has matched AWS in providing superior services, and in some, it has overpowered AWS services. “We have seen a pretty big uptick in Azure, thus we can expect a big battle between the AWS and Azure. Microsoft has a robust partner program that has been assisting in accelerating its growth,” said Patrick Harr, CEO at Panzura.

Reportedly, Google top management has set 2023 as a deadline for beating Microsoft and Amazon in cloud computing. Google’s mission can be witnessed with the ramp-up of hiring senior executives for its cloud offerings. Thomas Kurian, Oracle executive, was hired earlier this year to run Google cloud.

Although Google cloud was built for internal development, now it has enhanced services for businesses. “We have transformed Google Cloud into more of an enterprise-ready company; we have all the services and enterprise companies should have,” said Kurian.

Another report evaluated the cloud computing performance and concluded that in comparison to AWS and Alibaba Cloud, Google and Azure delivered desired performance, especially outside the US. Therefore, in Asia specific, Azure retained its top spot in the region.

Azure Vs Google Vs AWS

Despite the surge in the competition, AWS has performed well by retaining its market share due to its superior security and customer service. Besides, AWS enhances the cloud platform by continually adding new features. Therefore, over the years, feature-rich services have allowed it to grow an average of 48% in the last three years.

However, with the Azure winning big deals like the $10 billion deal with Pentagon, although controversial, there could be a sign of AWS losing its shine. The resent is quite evident as Amazon challenges the Pentagon cloud deal.

Due to the fierce competition in the cloud market, Mike Maciag, CMO of Dynatrace, believes there might not be a single winner. “What I do know is the world very rarely settles on one thing. I’ve seen Microsoft come up and Google come up. In customers, we see a real desire to have the flexibility of deployment. I think people want choice,” said Maciag to a media firm.

Currently, AWS has almost twice the market share than what Azure has; thus, Amazon might still lead the race. But Azure footprints are growing in the Asia Pacific. It may further gain momentum to close the gap quickly. And as Google is starting to show promise with Kurian, one can expect their spike as well. It won’t be straightforward for AWS to maintain its momentum throughout the world since Google and Azure are gaining prominence as well.

WhatsApp
Linkedin
Twitter
Facebook
ReddIt
Previous article
These 5 Technology Trends Will Shape Our Lives In 2020
Next article
Apple Exposed! It Will Now Pay $27 Million As Fine